Been a nice, slow q-u-i-e-t day sans strive, lots of naps, breakfast made for me, and having just gotten up from a nap, looks like things are planned for some partying in a few.
Thanksgiving has always been a sort of special holiday for me, as it's well, every couple of years my ackchual birfday itself, which meant when I was a lil 'un... a mere whippersnapper the BIG fambly gathering of Ye Total Fam (MomUnits Fam is HUGE and unfortunately I lost contact with them all, being the eee-vil whypeepo superpreemiecyst I am... they're so Blue... OMFG Blue)  but as a pre-woke Younin', Thanksgiving usually meant a lot of presents and party-style stuff at the T-Day gathering.
These days I'm just grateful to be on this side of the dirt.
I mean looking back?  I'm 52... for 52 the amount of shit I've been-there-done-that-got-the-t-shirt-AND-shrapnel-wounds from?  I mean full life?  I've had a few.  And I mean a few... lives that is...  I'm still not sure what or why I'm here but the Big Jumpmaster's seems to keep me around, if only for comic relief.

And I'm good with that.
I'm thankful for relative good health despite My own and Others attempts to kill me
Multiple Times as it were.

I'm thankful for the small online community of neer do wells, oddballs, scumbags, lunatics, and crazies who I communicate with, and participate in this Grand Weird Experiment of blegging, both IRL/Meetspace and on the Phone, with promises that we'll be face-to-face at some point, Hell or High Water.  Kenny, Phil, Mike, Art, Glen, Divemedic, Borepatch, Dio and Bill... all scholars and gentlemen of a sort...

I'm thankful for my renewed relationship with My Spawn.
Greatest. Fucking. Kid. Ever.
Period fucking dot.

And I'm thankful for Wifey who helped me rebuild my life after so much sand got poured in the gears, only a master mechanic like her could fix the damage.  As well as Sapper for putting up with my insanity and wild schemes.  Dumbunny and because of her, her kid(s) GranBebe and NewGran are the absolute best.  Seems the best of HER is in both of them, and I told her, that's a stepping stone for her to learn from.  Even babies can help teach us oldsters occasionally.
IF we know how to look and learn.
They're ALWAYS learning from us: 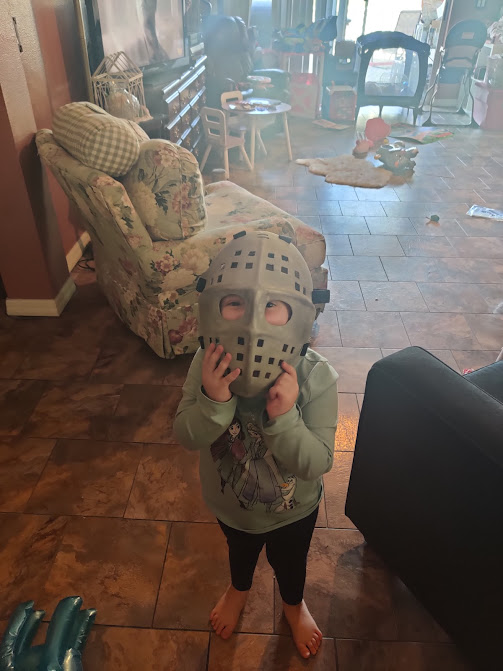 Case in point.  GranBebe found and was running around in my Lord Humongous mask yesterday.  Wifey was not pleased but Sapper and I were laughing our balls off... especially when I told her to tell Gigi (thats Wifey) to "Take the guzzoleen and just go away!" in her 'monster voice'... wish I'd gotten vidya of it but OMFG...
So, Enjoy the holiday and have fun.  I'll be watching the news as it seems that the Leviathan likes to 'pull shit' on the Holidays, so I'ma watching for any False Flags, and will poast ASAP if I seen anything.
More Later I Remain The Intrepid Reporter
Big Country 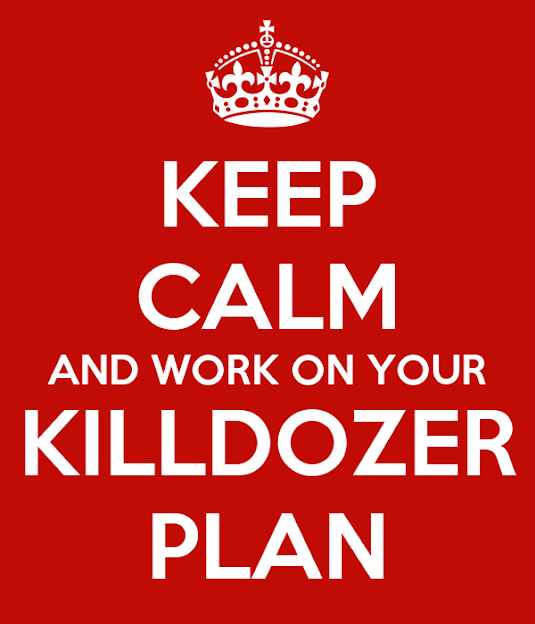