Greetings Me Droogs N Droogettes!
OK... this was -somewhat- unexpected.  When the Waukesha Pedo-Car-Murderer was initially reported, I said in my poast "Guess the Race AND Religion":  https://bigcountryexpatoriginal.blogspot.com/2021/11/guess-race-and-religion.html 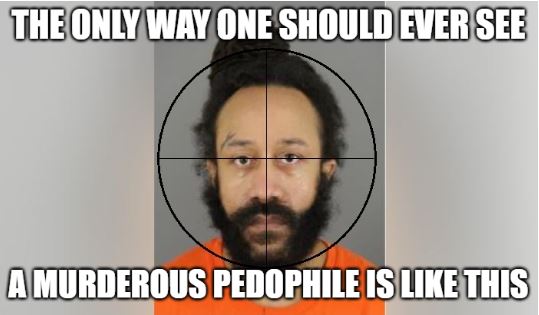 Oh, and BTW:  The 5 KIA's were the "Dancing Grannies"
And then, add on another corpse... one of the kids died today in Intensive Care

Why the fuck this guys is still drawing O2 is amazing.

This's Wisconsin... land of Hunting and Deer Rifles.  If my kid/wife/whoever was a victim of this asshole who was caught red-fucking handed, and who BTW seems to be going for the "crazy defense" as the intel is getting leaked?  I'd be across from the jail/courthouse/whatever with a fucking zeroed to 1000 meters fucking .300 Winchester Magnum or .338 Lapua so's the body armor that this fuck's been decked in is a non-starter.  Punch a BIG hole through him with a mercury filled hollowpoint just to be sure...
But, back to the moment of my being right.
Again.
Seems MOR digging on this asshole here?  Seems he's a member of "The Relion of Peace" in a roundabout way.

Something called the "Five Percent Nation" which is a spinoff of the Nation of Islam.  Now granted, these are just MORE fucking nigger "we wuz kangs and sheeee-it" fucking groups... a most delusional pile of animals Aye?  I could respect Malcom X... dude hated you, and you could hate him right back, no harm, no foul.  Flat out, an enemy of Whypeepo, but a relatively respectable enemy.
These fucking nutjobs?  What the fuck was that group of crazy ass grifter-niggers who wanted to build some Niggertopia in the mountains of what?  Colorado or what?  I did a couple of writeups on that crazy shytte a ways back... anywho.
So, technically I was right about him being a Muj... leastways in his mind he probably thinks his is a "Noble Mujahideen Warrior" fighting the "good fight".  What I see?  A fucking target that needs servicing pronto.
Which then leads me to 'other issues'.
Something like this?  This's bad enough to warrant a good old fashion "Regulation" a'la Lynch Mobs and whatnot.  In fact, they very fact that they're covering up this fucking piece of shit so hard is only going to further inflame people, especially if any of the other kids die from their injuries.  As far as this fucker?  I do. not. care. if he had a 'rough disadvantaged childhood'.  If anything, IF his parents were alive/available or whoever raised this fuck?
They need to be on trial right fucking next to him for having so utterly failed at raising -any sort- of a decent human being.
And then hung on the same branch next to him as well.
If the branch'll take the weight.
'Cos I see we're getting one more outraged moment from a complete vigilante approach to things.  Used to be IF the Judge and/or Courts and Sherriff failed in their civic duty, then the locals would take care of it... efficiently and quickly.
Although I think for this asshole's crimes?
A slow feet-first ride into the Morbark is warranted.
Jes' Sayin'.
Oh, and the obviously corrupt and incompetent DA who let this feral nigger back on the streets?
Fire and Impoverish his ass.
Fire him, have him Disbarred, a Complete Seizure of all Assets, Jail Time and then fuck that guy.
So, More Later I Remain The Intrepid Reporter
Big Country 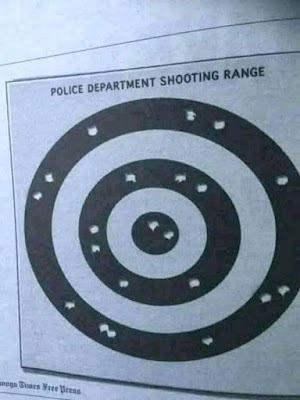 Posted by BigCountryExpat at 6:34 PM