Dude is Going to Jail and Local Obz

Greetings Me Droogs N Droogettes!
Ain't Kyle... nosiree... this just in from today's Persecutorial Shenanigans: "The defense also cross examined the detective who arrested Rittenhouse. Under cross examination it came out that the detective had obtained a search warrant from a judge to seize and search the phone of one of the guys who had been shot and killed by Rittenhouse. But he never executed the warrant. The defense attorney asked him why, and then pointed to the prosecutor and asked the witness “did he tell you not to execute the search warrant on that phone?”

The detective’s answer was “yes.”

“So we have an admission that the prosecutor told the detective not to execute a search warrant on a phone that held possible exculpatory evidence, and I will also say I’ve never seen a defense attorney point to a prosecutor in a trial.”
So the persecutor needs to be arrested.  Actually if there was true justice #LynchHimFor Kyle would become a thing...  That and that nigger and yeah, (Ooooooooooh dreaded "N" word!!!!) who is trying for jury intimidation?  Why his ass hasn't been cuffed n stuffed is beyond me...
Oh yeah, that's right, he's doing his masters bidding.
Once a slave to the demoncrats, always a slave
How you like them apples there Rastus or whatever your fucking name is?
Eventually they'll pull this shit where 'the men who wanted to be left alone' decide enough is fucking quite well enough Thank you very fucking much, and the trees will start having to bear 'strange fruit'. 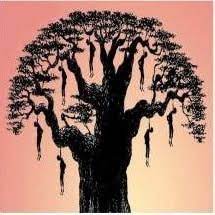 That and any and all stupid assholes who try to give the standard "Nurnburg Defense" of "I was following orders/the law" who'll be strung up right along side the genuinely guilty.
It's funny... lot of y'all have been like Get the Fuck Out of Florida...  Let me tell you... things here despite the Ministry of Propaganda's best efforts as well as the regime, things here are still Status Quo.  A few shortages of some stuff, but none of the insane pictures of mad empty shelves here that I've seen on other pages...  No masks for the most part outside of the genuine 'true believers' which will I think self-resolving in a few more... odds are they, those fucking lunatics? I'm betting they ALL got the Nottavaxx, so it's just a matter of patience til their stupid asses get prematurely removed from the gene pool, thereby helping sanitize it.
But food supplies?  No issue yet.  In fact I just got the turkey in the freezer, 14 pound fully pre-cooked Butterball and paid $30 for it, which to me, ain't so bad seeings the rest of the stuff I'm seeing out there report no birds to be found anywhere at any price.  Hell, Got the ham too, although the steaks HAVE gotten a bit recockulas in price, but that's everywhere.  My mission this week is going to be the toilet paper but so far, besides the nominal 20% price increase, we still got ALL the Charmin and the Bounty that we need in the local Publix.
Now WalMart is a bit different, but then again, the closest one to me is, as mentioned a fucking ghetto-Wally-World, and subsequently, even in 'normal time' the shelves are always fucked up and look like a NHL goalies grill.  The other one across town in the non-hood?  Still fully rigged except for Gatorade... like the liquid pre-mixed liter and jugs.  That shit's been MIA for a loooong minute these days... no idea why, but the unmixed powdered shytte is in stock all over... you just got to be willing to mix yer own.
I keep a couple of pounds on hand for the shit-hitting-the-fan.  It's critical for me, 'cos I sweat like a whore in confessional after Navy week when I'm running and gunning.  Been a HeatCat (heat casualty) faaar too many times in Iraq.... hell we all were at some point or another... it's a critical thing you need that oft gets overlooked.  Keep it in mind.  For me, it replaces the electrolytes that seem to shed rather heavily when the sweat-monster starts kicking me in the ass.
So just a few quick observations for now.  I got more later
I Remain The Intrepid Reporter
Big Country 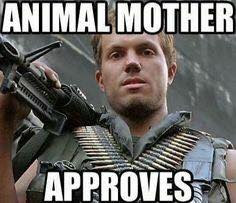 Posted by BigCountryExpat at 2:32 PM