Greetings Me Droogs N Droogettes!
A loooooong day and man, it's almost over.  The 0300 unexpected wakeup pissed me off (not as much as the dawgs, they were pissed, nevermind the fucking Geese) BUT!  Good news, Good news! 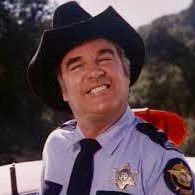 Wifey's in the home stretch, less than an hour out.  I really got no right to beee-atch.  Her?  She's been balls out driving like the insane broad she is.  Something like 1500 miles round trip.  Man, the oil on the fambly truckster most definitely needs changing tomorrow.
Now, long overdue due to the Fake and Gay Troll Patrol, something I wanted to cover... lots of others have mentioned it, but I had to put my two cents in, 'cos that's what I do.  Besides drink and know things that is.  In this case, it's the Committee rolling out our Defective and Defacto Glorious and Harmonious P&PBUH (p)Resident, The Dementor-in-Chief, Emperor Poopypants the First, Chief Executive of the Kidsmeller Pursuivant, Good Ole Slo Xi-Den for a vaxx photo op.  Said photo op was seen here: 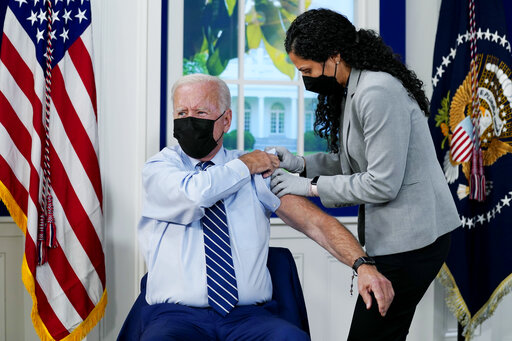 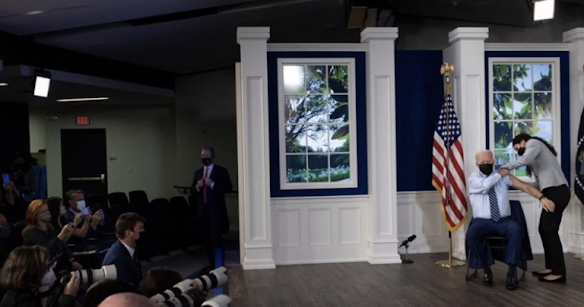 Uh... yeah...
"Brought to you by Fake and Gay Incorporated, the One Stop Shopping for Mopery, Dopery and all the Best Fraudulent Fakes that Corporate Money Can Buy!" (((wholeheartedly endorsed by the DemoncRatic Party)))
So it seems that it was shot in the South Court Auditorium of the Eisenhower Executive Office Building, which is part of the White House complex but separate from the White House itself.  Why?  I mean the Weißes Haus has tons of areas to do the 'shoot' in...
Of course this got lit up like a Luftwaffe Stuka in a Barrage Battery Spotlight by the more observant folks out there, and such, a few memes went out, which of course (((The Zuckingborg))) and Fecesbook started blocking alllll the 'misinformation' out there. 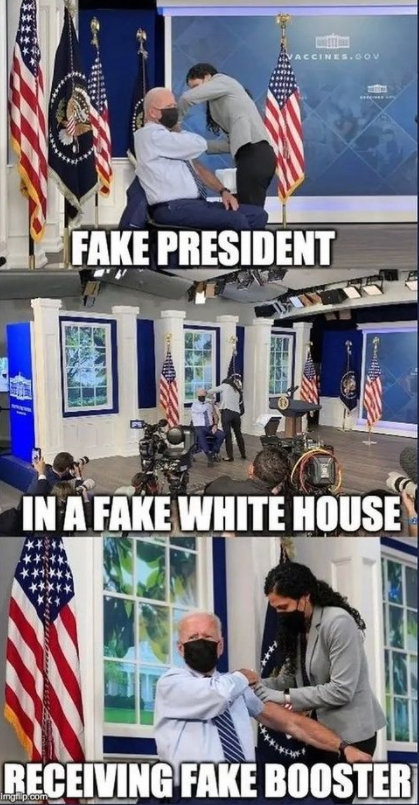 Yeah, the backlash was fast n' furious per the Fecesbook Fag and Gay Squad.  The responses were:
• Biden received his booster shot in the South Court Auditorium of the Eisenhower Executive Office Building, a frequent venue for White House news events and photo ops.

• The backdrop behind Biden as he was getting his booster shot wasn’t “created” for that event — it had been used five days earlier for a global coronavirus summit.
Which still doesn't answer the question
Why the hell was the Joetato getting this done in this particular place?  Plenty of other locations... in fact far too many.  Part of the problem.  In fact, I've noticed something.  They're keeping him 'on the move'.  If I had to hanker a guess, methinks the inevitable backlash that I've spoken of vis-a-vis the Navy SEALs, the Marines and whatnot -might- have the "Committee To Control The Joetato" a bit nervous.  I fully expect to see body doubles in a short while in certain other highly controlled events.  They don't want a pattern established.  As in normally the (p)Resident can be counted on at certain events, to be at such-and-such place at such-and-such time traditionally.
They're trying to 'mix it up' to stay inside the perceived enemy's OODA loop.  Hence why Kamel-toe the Two Dolla-make-you-holla-Hoe unexpectedly up and bolted to Califruitopia.  I in no way have any inside info on this, but by just putting small pieces together, one can ascertain a larger-ish picture.  And right now, that's randomness.  Any bets that the assembled members of the Ministry of Propaganda's Tools (heh... I called them 'tools') only late minute got the word about the "Where and When" of this photo op?
The fact is that they've pissed off a lot of the wrong people.  The people who've, for a living, made others die for their country.  That was my one job for ten years professionally.  Making people die.  Then it was an additional 14 years overseas doing unto others, before they could undo to me in Iraq, and Afghanistan.  That includes my stint at Abu Ghraib Prison AND working in Guantanamo Bay doing detainee ops.  I swear, my resume for a while read like something out of a horror novel/movie...

True story bruh.  I went to a college party back when FedBro was still CollegeBro.  Some libtarded lil girlie wanted to know what I did for my job in the Army... I was really polite for the longest time. Tried to explain I was Airborne Infantry, attached and working towards Special Ops...  She wouldn't leave me alone tho...  she started irritating the fuck out of me.  She kept getting more and more confrontational, until I realized what she wanted... she wanted to hear I was a babykiller or something...
So, I didn't lay a hand on her, but I did back her against a wall, and whispered very quietly in her ear  what she wanted to hear, and then well, she left the party toute-le-fucking-suite.  CollegeBro wanted to know what I said and I told him "Just the Truth Bro" and that was that.  Seems an accurate description of what Infantry does do for a living IRL was beyond her ken and understanding, just that I was a very bad person who scared her down to her bobbisox.
Those who live in Glass Houses, namely those who have never experienced true horror should, by all normal accounts not wish harm nor violence on anyone.  When you've washed another human being's brains out or off of your face, it's not like the movies...

It's utterly nasty and horrifying... it smells, and it's hot initially...that first 'splash' is literally blood-warm...feels hot at the first second... then it starts running down your face.. then it cools off really quickly and then gets sticky... like crazy sticky tacky nasty....

My initial reaction was I thought it was my blood, then I realized dood next to me was missing half a head, and that I was wearing it.   And copper... you'll never forget that smell.  Plus shit... piss and shit too... 'cos the dead usually violently evacuate the bowels and bladder at the moment of death....Maximal Grossness and horror.  Human Brains are squishy, soft and come apart in your hand... totally gross as fuck... any wonder I have nightmares?
“Come, see the true
flowers
of this pained world.”
-  Matsuo Bashō
More Later I Remain The Intrepid Reporter
Big Country 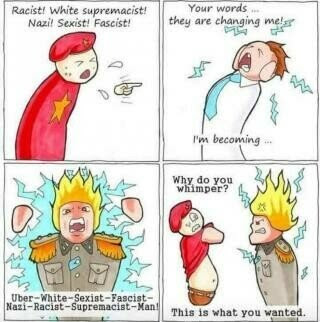 Posted by BigCountryExpat at 8:17 PM