Whew... Awake on the Weekend? 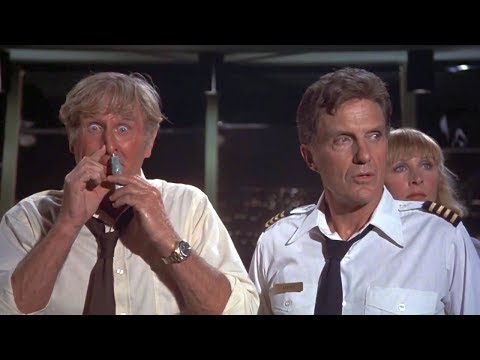 Or Sniffing Glue... Whatevz.  God I -love- that movie.  Why can't they do movies like that anymore?  Oh yeah, "political correctness" i.e. "sucking the light and life out of everything forever"  Hence why I'm the enemy. Cause I like to think, I like to read. I'm into freedom of speech and freedom of choice. I'm the kind if guy who wants to sit in a greasy spoon and think, "Gee, should I have the T-bone steak or the jumbo rack of barbecued ribs with the side order of gravy fries?" I want high cholesterol. I want to eat bacon, butter and buckets of cheese, okay? I want to smoke a Cuban cigar the size of Cincinnati in a non-smoking section. I wanna run through the streets naked with green Jello all over my body reading Playboy magazine. Why? Because I suddenly might feel the need to. Okay, pal? I've seen the future, you know what it is? It's a 47-year-old virgin sittin' around in his beige pajamas, drinking a banana-broccoli shake singing "I'm an Oscar-Meyer Wiener".  And yes, shamelessly stolen from Denis Leary AKA Edgar Friendly from "Demolition Man"
Never have MOR truth bombs come out in one minor line of dialog EVAR.  Thing about it, calling out "PC" Culture in 1994 at MassArt is what essentially got me shitcanned out.  I wasn't thrown out, nothing that crass, but I was 'highly encouraged' to take semester or ten off to 're-evaluate my position' vis-a-vis my 'misalignment' with the growing neo-Marxist state and attitude that was starting to blossom at said-University.  I had the audacity to do my end of semester major term paper on the Rise of "Political Correctness" and how its intent was malignant.  That the growth of the stifling of speech, the intolerance of the left, the growing creeping horror that I saw on the horizon.  I even said, and I only can vaguely remember as the PC I wrote it on was LITERALLY an IBM PC with 5.25 inch disks, and that's long gone... but as I recall, I stated that "PC Culture will inevitably lead to social disruption and chaos, as opposed to a 'perfect society.'  That one preferred group, forcibly installing a false measure of 'correctness' on everyone, "equally for all" (for the values to be determined by that particular group without input from the 'other') would fracture society, as man is naturally insular and NOT a hive-mind.  To be forced into compliancy, the individual generally will not be subjugated, unless force, be it social pressure or physical, is applied.  Therefor, instead of peace, there will be a backlash that leads to violence, with the outcome being that the stronger of the two groups will be the only survivors."
Yeah... words like that... essentially for the TL;DR crowd, I told 'em mankind as a whole are a group of ornery sumbitches who don't cotton on none too well to being told how to think.  And that eventually, some folk are gonna punch them other nosey, bossy motherfuckers in the cockholster.  And that by looking at history, it usually ends poorly for them bossy dumb fucktards.
My Department Chairpersyn (and yeah (((SHE))) 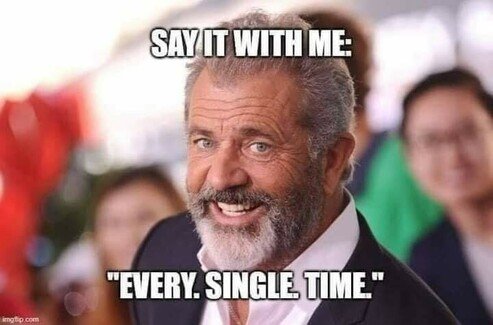 used those made up fucking bullshit words back then hell I think she was one of the folks who invented all that crap as I recall, and she's now dead but I don't know where the old bitch is buried, or I'd go shit on the grave on a yearly basis... because fuck her.)   But she took me aside and questioned me about my role as I was an Education major and how it'd be probably good for me to 'clear my mind' for a semester, lest I flunk out.  Meaning "We're about to shitcan you 'cos you ain't towing the Party Line, leave quietly, and we won't ruin you academically."  They wanted Good Marxists even back in 1994.
So, I went down, found out that they were accepting prior service back on active duty, and rejoined Big Army.  Like that fucking week.  Put on my uniform (because fuck them antimilitary art fags)  They about shit when I moved out of the dorm.  And it also is very telling the timeframe, 'cos ALL my classmates went on to be good little Art Teechers and Brainwashers.  I should have graduated that year... instead I went back in boots.
Thank Fuckin' God Aye?
And nope.  NOT in contact with ANYONE from back then.  Those were the 'bad old days' where I literally stayed drunk and/or high 24-7-365.  Worst thing I ever did was get out of the Army during the Big RIF after Gulf One.  That's why I got two honorables.  One from the RIF (Reduction In Force, when they 'shrunk' the Army significantly).  Took me like 18-20 months to get BACK in boots as for like EVER they weren't letting in 'prior service' so I ended up doing reserve time...  That was like the only thing that kept me sane for that waiting period.  If I didn't have the weekends, and like I mean almost every single weekend I would have probably become an Axe Murderer or something.  I took ALL the 'extra duty' for everything.  Volunteered.  Did supply runs, inventoried the 'stuff' and yeah, kept busy hanging out at the Reserve center with the other guys like me who purely hated the civilian world.
Not much has changed
I'm still the same asshole, just older, wiser and -slightly- more mellow.
A thicket of summer grass
Is all that remains
Of the dreams and ambitions
Of ancient warriors.”
― Matsuo Bashō
More Later I Remain The Intrepid Reporter
Big Country 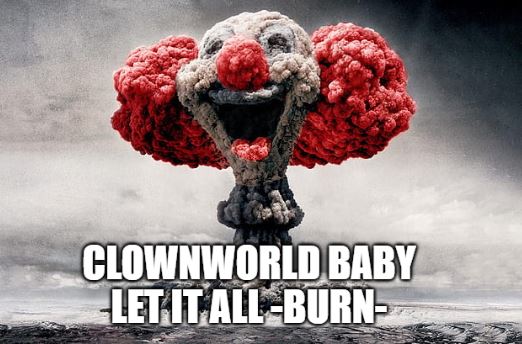 Posted by BigCountryExpat at 10:19 AM