Greetings Me Droogs N Droogettes!
Welp, I'd have to say that we need to be watching the Kyle Rittenhouse hearing/trial pretty closely.  Seems that a couple of things have gone sideways for the persecutors.  This A.M. during the initial hearing a famous "Use of Force" expert was questioned.  Guy's name is John Black and is the go-to for Police Shootings. 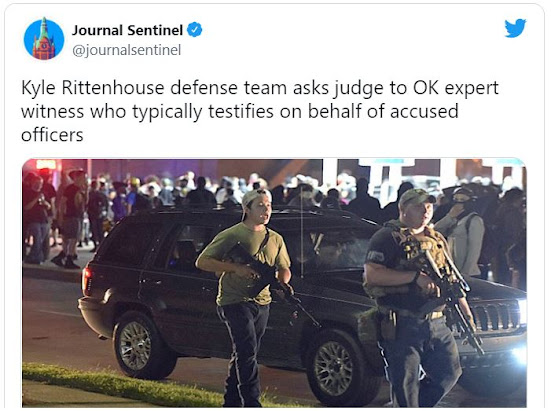 Kyles lawyer requested this a few back, and the Judge, who isn't playing games, agreed that this guy could do his thing.
Annnnnnnd it didn't go well for the persecution-ers.
"District Attorney Thomas Binger said jurors won’t need an expert to help decide whether Rittenhouse acted reasonably, the Milwaukee Journal Sentinel reported. But Judge Bruce Schroeder said prosecutors rely on experts. And Black’s report on the matter might be helpful."
So, the DA realized that this was a thing of badness.  And the expert then drove a nail into the heart of the case: "Black considered Rittenhouse’s use of deadly force at the protest to be reasonable."  The Judge didn't immediately rule, but hell, so far he's been fair, and there's a strong chance they may end this fucking farce sooner, rather than later.  My guess is IF this gets dumped, the Glorious and Harmonious P&PBUH Orifice of The (p)Resident, The Dementor-in-Chief, Emperor Poopypants the First, Chief Executive of the Kidsmeller Pursuivant, Good Ole Slo Xi-Den's pet monkey Merrick Garland will step in and come up and cook up some bogus 'civil rights' horseshit to hem the kid up.
I ain't taking no bets on that one Aye?
Even though it's blatantly obvious this was clear cut self defense.  And the assholes in question who got shot, as y'all know, one was a child rapist, one was a domestic abuser, and the other a thief.  ALL however were Jewish, which in itself I find interesting.  According to stats, there's only 300 Jews in total in Kenosha.... well, make that 297.  Kyle shot 1% of the Jewish population... damn.  No wonder they want his head on a platter.
But what still blows my mind is watching the action that went on.
The kid is a real-life John Wick I swear.  -I- don't have skillz that good.  Shit, some of the pros I've talked to can't believe a 17 year old had that much trigger discipline and control.  Literally 3 shots, 2 dead one wounded.  A Special Forces First Sergeant with 30 years experience told me he didn't have those skills.  Talk about unreal....
Also, 'nother topic:  Seems Larry Vickers of Vickers Tactical ran into an issue.  The ATF seized ALL of his weaponry.  https://www.mom-at-arms.com/post/atf-seizes-larry-vickers-machine-guns

Now for those who don't know, Larry Vickers is fucking Legend in the SPECOPS community.  He's a retired Delta Operator.  A real bad ass.  He's been in the gun biddness for quite a spell.  Now, this was just announced, but so far he himself and his fecesbook and other online instances haven't said a word about the seizures.  The date on the paperwork is from 25 August.   It runs to 182 pages.  As in like 40 guns listed on each page.  THAT is one hell of an arsenal.
Now, since he ain't said shit, the ATF isn't saying shit, I've been thinking on it.  Dangerous I know.
BUT
Suppose that the was or is a group of highly trained men who wanted to change things?
I described in one of my poasts a decapitation-style-strike on the FedGov in a fictional fashion by HIGHLY disgruntled Navy SEAL teams in a alt-universe.  It was good writing and y'all loved it from what I got in the feedback.
That being said
What if reality was closer than we imagined?
One of the big(ger) problems a group of guys like that would have is getting the weaponry to do such 'dirty deeds'  They couldn't just roll into the arms room and check out their issued shytte.  That's raise more Red Flags than a Soviet May Day Parade.   Telegraph the intentions faaar too easily, and man, you just can't steal from an arms room... waaay too difficult.  The Po-Po would be on you like stink on shit
However
A retired sympathetic Delta Operator who owns a metric fuckton of 'party favors'?
Now granted, I'm speculating right out of my ass... BUT, it'd make one hell of a movie Aye?  Doubt we'll ever know, but hey, it sounds cool as fuck.  IF it was going that route, well it got smothered in the crib so to speak.  Mores the pity.
So what say you?
More Later I Remain The Intrepid Reporter
Big Country 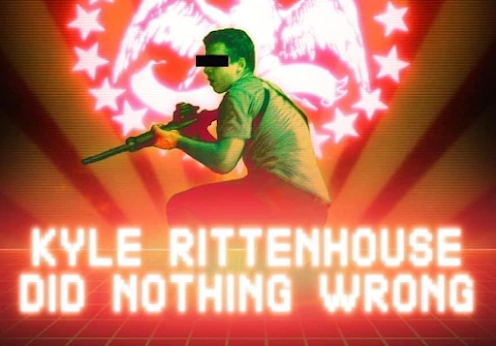 Posted by BigCountryExpat at 3:12 PM