Ugh.. a Personal Rant and Trolls

Greetings Me Droogs N Droogettes!
"May you live in interesting times." Ancient Chinese Curse.  No kidding there Aye?  Somedays are pure-dee trainwrecks.  For a Friday, I really wish things could go smoothly.  Instead, well, some of y'all long-old-timers here are familiar with DumBunny and DumFuck.  Wifey's near-do-well daughter and the Asshole she spawned with, not one, but two kids, one of whom is the only thing that warms that blackened chunk of cold dead heart in me chest.  GranBebe has been both a -bit- of a curse but more of a Blessing.  Curse in the respect that man, "I'm getting too old for this shytte!" chasing a 3 point 5 year old around.  At 54 I'm supposed to be starting that slow, mellow slide towards the dirt nap dammit.  I've earned a nice chill.
Instead?  Whelp, last night Wifey did a rock-around-the-clock balls to the wall drive to Tennessee and evacc'd DumBunny and NewGranBebe this A.M. 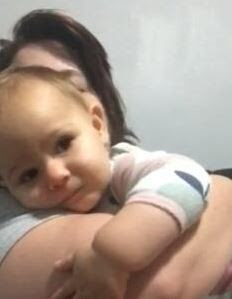 Tellin' ya, Wifey got balls of steel...
So, it seems DumFuck is up to his 'normal' antics of wifebeating and being a psycho-control asshole... DumBunny was working full time, and he takes the money, the car, and has his "Meemaw" (who's a pure-dee whyttetrashiod pill dealer) keep the kid while she's working.  She's been in the typical abusive circle, and Wifey got done last night and said "I'm going in!"
Dammit.
Thank the Good Lord, she pulled it off.  Also, Thank the Good Lord I haven't shitcanned the #1 GranBebe's stuff... been meaning to donate the stuff she's outgrown and whatnot, but now?  OMFG... back to start again... Diapers, bebe food, maaaaaaaaaan.  Until DumBunny can unfuck herself, I'ma stepping up again.  <Le Sigh>... Back to the lab again so to speakGreat shows back before the pozz totally took over.
Now... the issue(s) besides the financials, is that DumFuck is part of the "Hillbilly Mafia" from my understanding.  And he ain't gunna be nun too happy that we dun came an took his wimmen and kid(s)... he purely hates us for 'stealing' GranBebe #1, and I'm sure he's going to be on fire over this particular slight.
So, we're on full alert here at Casa Big Country.  Shoulder rig and hot loaded nine at all times, at least for the next few weeks.  I already alerted the PoPo, who, with their usual crackerjack abilities told me to dial 911 and they might be there before I have to make DumFuck "good". They won't trespass pre-emptively.  Gee, thanks a whole hell of a lot  there Lou....   Mighty fine work there...

Although I have a clever plan to avoid any "Imperial Entanglements"... leastways I hope.
I'm in the process of making some less-than-lethal rounds for the "Flare Launcher".  I got tubes to make fireworks, and instead of loading the firework fixins, I'm loading a three inch tube with sand.  A 30-40 grain FF black powder charge -should- keep it from being terminal IF I have to kerblast this asshole.  I mean by all rights, this asshole IF he had two functional brain cells would never even think about showing up here, however, dis fuckin guy?  Moron, actually that's an insult to morons... this piece of shit?  Yeah, he's going to come and pull -something- I can gar-ron-tee it.
The cameras are in place, and that -should- keep us 'covered' legally.
Besides, staring down the bore of a 37mm weapon, with Sapper holding a AR right behind me?  Dude's going to get three warnings, and then the cops had better be here to escort this 'gentleman' out of the area, lest we have to test Castle Doctrine again.
So other fun things.  I updated Phil's addy in the sidebar, he's been drawing MAD smoke from a bunch of retards and trolls who, by chance live over in Orlando.  So much so Phiil migrated to insure he stays operational, hence the update.  This one guy, he's made death threats online, and works for Disney.  Wonder if they know they have a hardcore AntiFa Leftists making not-so-subtle death threats and calls for violence on Phil's Blog...seems Mr. Name and Pic removed by request purely loves being an all-around asshole...
Truly, a manly man, doing manly things apparently.
What kills me is how these idiots use their names IRL online...
Pure Genius Aye?
The other is some insane woman, cray-cray as only a single mother of like whatever 4-5 from 3 doodz could be... box wine and cat lady material.  Seems someone called CPS on her, whether or not it was connected to the unhinged nature of her rants or what... as Phil told her in the comments:
Fucking Aye there... a broad like that?  Getting all cray-cray online?  She's probably pissed off a lot of folks in her life, so CPS?  That ain't a thing that's utilized in flame-wars.  Considering that until she mentioned it, we (as a group) had no idea she had kids...  dumbass.
Man, the stupid, all day everyday.
So, I'll keep y'all updated as we go.  Hopefully I'll get into some righteous shit later if the day allows me.  All depends... I'm monitoring a training class, and interviewing and doing all the boss stuff all day.  Thankfully when they're (the trainees) in study mode, I can henpeck dis here shytte out.
So More Later I Remain The Intrepid Reporter
Big Country 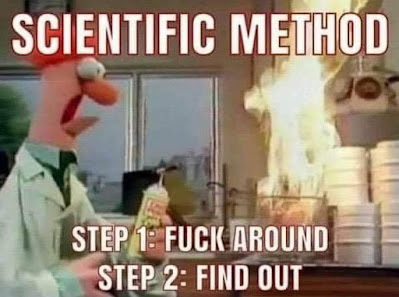 Posted by BigCountryExpat at 12:45 PM