Greetings Me Droogs N Droogettes!
More 'News from the Front" i.e. Globohomocoporaclownworld strikes again.  The Feral Irishan got his gig nuked from orbit today.  Link here: https://theferalirishman.blogspot.com/2021/10/corporate-douchebags-and-more-reasons.html#comment-form
In his own words:

Now, to be honest, if I see ANY OTHER bloggers of our 'kind' start poasting the same thing, I'm going to have to call 'enemy action' and then try and figure out the OODA on it.  Once is happenstance. (me) Twice is coincidence. (Irish)  Three times is enemy action.(?)
And you absolutely know that in their trolled out libtarded enlightened minds that by getting rid of the eeeeee-vil Whypeepo Raysacyst that theirs is now a better and more enlightened and smarter company that will go on to do great things because it rid itself of that horrible pre-modern cismale raysacyst.   To them, it's a 'moral victory' and I've already heard that they've been 'dancing' on my memory at having 'stuck it to da man!'  Yes, de eeeevil Whypeepo Debbilman was defeated gloriously.  And on that, let me tell ya there folks....
Here's a fucking Hint: You're not defeating us nor marginalizing us. You are however making us very very very angry. And that infobit should be something that IF you had two or more functional brain cells would realize is very very very BAD. It took Europe five years to recover from World War Two. And THAT particular miracle was because the United States was intact and assisted every. step. of. the. way.  Namely them eeeevil Whypeepo Debbilmen who you so casually slander and grind under?  Yeah... this is almost a light-switch moment.  Keep going and let me tell you...
Ask the Lakota how it worked out for them.
Ask the Sioux... ask any of the original 'Native Americans' IF you can actually find any that aren't either completely morally destroyed/inbred/culturally bereft.  The last time The Whypeepo collectively got angry continents burned.  Ask the Japs how it worked out for them.
We've seen how "Cowboys and Indians" played out as the joke said...
Right now, if anything, instead of being on a "Victory Lap" y'all should be paying attention.  The Saxon is Fully Awake, as well as his peers who've been content up til now to sit idly on the sidelines... but the threat to the kids, and jarring realization that no, The Powers That Be are not your friends but your sworn blood-oath enemies.  The proof is now in the 'activation' of so many formerly 'normie' Moms and Dads who go t a look at the perversity of these book that've been forced into schools, along with the celebration of deranged Cross Dressing Dragfreaks in schools, most of whom, once under the microscope, have turned out to be wanted and convicted pedophiles.
The very threat posed by Globohomo has them scared and above all angry.
That anger translates to blood in the long term, especially seeing how Leviathan is stuttering and faltering like a badly programmed toy robot... There is no leadership.  There is no control.  There is no rescue outside of local local and local.  This country is going to burn and it's going to be lit off over the inherent threat to the kids.
Threaten ME all day long.
Threaten MY Grans?  OR my kid(s)?
Well, there's a reason I own and build and improve my flammenwerfer design.
Besides fun at parties of course.  Makes a great conversation starter.
So yeah, Stand by... methinks MOR weirdness inbound.
I Remain The Intrepid Reporter
Big Country 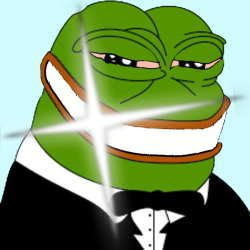 Posted by BigCountryExpat at 5:04 PM