Greetings Me Droogs N Droogettes!
No idea if'n this going to go out tonight or first thing in the A.M... I haven't figured out how to 'schedule' a poast, so that's just me being i'gnint of teh Intarwhebz I guess.  Sort of like resident Troll Anthony Gino Del Fiacco... who, word is, his Herpa-ghona-syphil-AIDS flareup has gone into remission.  Glad to hear it buddy!  Hope you feel better and avoid full blown AIDS... it'd be a shame if you infected your butt-buddy Brandon.  All I can say is two words: Safe. Buttsecks. 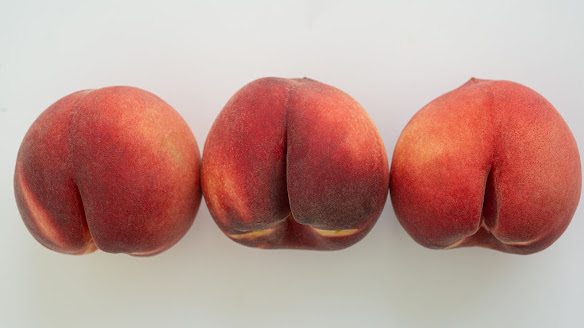 Jes' Sayin'.
Yeah, seems ole Anthony is all aflustered at my lack of letting him comment.  I made it clear, you want to play here, you pay.  Show me the shekels Goyim, or get lost.  $100 dolla, you get to holla.  Ask Brandon for it if you're skint. Otherwise, he's done and gone like DMV Gringo.  Adios Asshole, thanks for all the fish and laughs.
Now, the meat and taters of tonight's/tomorrows blegg:  A vidya I caught tonight at Herschel's Haus.  Hershel gets a Gold Star in my book, an enlightened member of the Tribe like Nitzahkon, (A.K.A. 'Red Pill Jew) who used to frequent this here blegg, and I his.  He is, I believe over at Granite State these days... anywho... Hershel does some good poasts about equipment, and a LOT of "don't go in the woods without a BIG gun!" which I completely agree with.

People forget (sorta like Anthony) that some people are prey to in-real-life-predators, who kill without compassion or mercy.  Especially when their children are threatened.  Like 90% of bear maulings/deaths are when some asshole gets too close to a set of cubs, without realizing MamaBear is going to eat that ass... 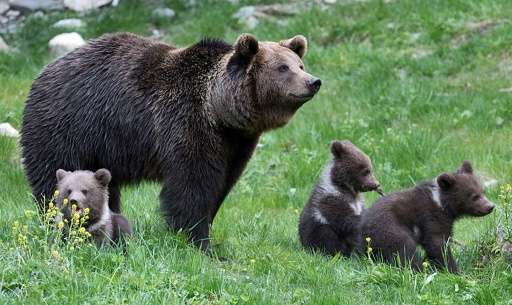 Yep... so, tonight whilst cruising around, I happened on this:OK
If you went through watching that, my most sincere a-polly-olly-geez.
This guy?  James Reeves: No idea as to his 'street cred' except that these are what I could find:
• NRA-licensed concealed weapons instructor, 2012-present
• Maxim Magazine’s MAXIMum Warrior, 2011
• TFBTV Executive Producer
• Former Regional Sales Rep, Interstate Arms Corp., MA
• Champion, Key West Cinco De Mayo Taco Eating Competition
• GLOCK® Certified Pistol Operator, 2017-2022
• Lawyer
In other words, what I thought while watching "What a colossal douchebag!"  I mean sweet Jeebus.  NRA instructor?  Meh.  Glock 'Operator'?  Been there, done that.  Lawyer?  OMG.  And the worst?  MAXIM Magazine's MAXIMUM warrior?  Maxim is a magazine run by gay males aimed at guys like Anthony... i.e. closet cases.
What in the Wild Wild World of Sports is that Fucking Shytte Aye? 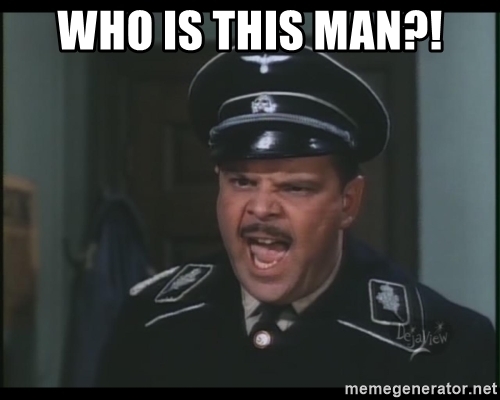 I mean really?
Z.E.R.O. IRL weapons armorer skillz.  NO school knowledge.  No knowledge outside of who pays his check, in this case?  Daniel Defense.  Tell you whut douchemonkey:  You done fucked up.

Let a professional tell you whut's whut aight?
He pretty much rails against 'budget AR's' and mentions, by name, Palmetto State.  Now, most folks know, leastways I hope that you know, that since AR's have been around now since it's inception in 1956 by Saint Stoner, Patron Saint of Black Rifles, they all pretty much are the same fucking weapon.  Meaning they all follow pattern/form.  Not a lot of variation out there.  Well, now, yeah... lots of outliers... polymers being the number one game changer, but that being said, they all still are pretty much unchanged since the first ones were built.
Same metals, same Gas system, bolt, bolt carrier group, basic trigger assembly, buffer assembly... not a whooooole lotta changes over the years.  Maybe cast versus forged/'carved' but you get the general idea...  A few 'new' calibers added as well over the years like 300BLK and others like my late lamented .458 SOCOM but still, the 'basic song remained the same.'  So, now to this vidya.
Which was nothing more than a gross attempt to shit on 'budget ARs' and justify Daniel Defense's (IMO) insane price point.  He starts the vidya by doing a rundown of what 'makes' a Daniel Defense rifle, to include ALL the metal types and designations.  Which is lost to the average rifle buyer.  "The Daniel Defense rifle's upper and lower receiver are made from a Forged 7075-T6 Aluminum alloy, with M4 feedramp cuts and T-Markings, and an Extended rear assembly.  The bolt is made from Carpenter 158 and is MPI checked by precision machinery to insure quality" or words to that effect.
Lots of word salad.
Lots of bullshit.
See, as he 'broke it down' as to how awesome the DD M4V7 is, I went and wrote everything down.
Which came out to this by parts and price point:
Barrel(s):
PSA (for Palmetto State Armory)
Barrel Length: 16", Gas System: Mid-length, Barrel Profile: A2 Style, Barrel Steel Material: 4150V Chrome Moly, PRICE: $119.00

Now, the difference between these, and believe me these are the only differences metallurgically speaking is the Daniel Defense uses 158 Carpenter Steel as opposed to 9310 Steel.  Those differenses are as such:
Bolt Carpenter 159:  Tensile Strength: 1103 MPa, Yield Strength: 931 MPa
9310 STEEL, MPI’D: Tensile Strength: 910 MPa, Yield Strength: 570 MPa
Now, for fun, add on the Lower Receiver:
PSA:
Forged Mil-Spec Lower Made from 7075-T6 Aluminum material, Black Hardcoat Anodized Finish.  PRICE: $69.99 (Not available from DD)
So, essentially, at bare bones, a PSA rifle, WITH a DD 158 Carpenter Steel Bolt
total bare bones price (needs stock, buffer trigger assembly, foregrip yadda yadda, call it an additional $250, the cost?)
PSA Parts for a DIY RIFLE: $420.00 Plus $250 = $669.00 +/-
then, minus a DD Lower (as they don't sell them stripped otherwise)
DD Parts (minus lower): $648.00 Plus $250 AND LOWER (call it $100) = $998
Ripoff much Aye?
Now, dis asshole makes a big deal about allll of Daniel Defense's overpriced fag-gear (yeah, I'm fucking biased as fuck after this bullshit, before, totally neutral... now?  Notsomucho)  being Mil Spec. meaning that it's made to military specifications.  Sounds really good to NormieFags out there, but to a G.I. who's been totally fucked by 'Mil Spec' in his lifetime, not once, but too many to count?
Lemme tell you fucker, Mil Spec means it was built to Military Specifications as long as it was by the lowest bidder you asshole.  Which essentially means it's worthless as a selling point in MY motherfucking book.  Two words: Lowest Bidder.  Means bringing in the price-point to next-to-nothing... what do you think that means IRL for quality?  It means Dogshit usually in my vast experience, both as a Grunt AND a professional DotMil Armorer.
He also used a report to justify how the metallurgy of 'other companies barrels' meant they 'wore down' faster and whatnot... to be honest, I cut and dumped a LARGE portion of whatever horseshit this douche was packaging when I saw that said-report was dated from January of 1966!  He talks about '30,000 rounds' and whatnot regarding 'wear and tear', accuracy and yadda yadda...  I'll hit THAT shitshow in a minute...
Uhhh hate to break it to you cockfag, but the leaps and bounds out there of innovation, metalworking, alloys, shiiiiiit... every-fucking-thing means your argument is a lie and invalid.
Suck it Trebek.
To give you an idea?  The rifle he was spooging over?  $1800 INTRO price.  No Frills.
The PSA Equivalent?

Now, to be clear, I got zero financial interest in either company
Ain't no one paying me for this.
Ain't (unlike him) no sponsorship deals.
Shit, I need to be for this length of a writeup.
BUT
I get that some people want the 'warm fuzzy' of a high-end name-brand.  But with AR's?  Hate to tell you, they are all pretty much the same.  'Cept Polymer... 'cos fuck them shitty things.  But seriously... 30,000 rounds?
Dude, are you fucking kidding me?  Seriously... As the State Armorer for the State of Florida Army Reserve, I never saw a weapon that was 30K + that I know of.  Hell, I did maintenance on fucking "Hydromatic" Lower Made M-16s.  For those of you new here or not in the know, General Motors from 1969 to 1971 switched over a transmission manufacturing line to making M-16A1s.  Hence the stamp "Hydra-matic Div" stamp on the lower receiver: 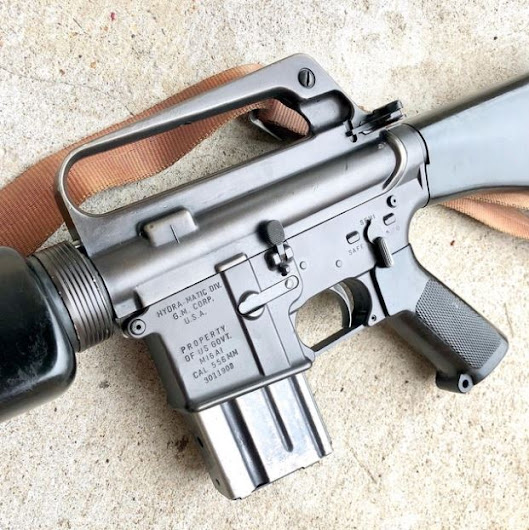 These things are still around and operational.
In fact they have a certain 'cache' to those who have them issued to them for their regular duty rifle.
Also, we're talking about "Weekend Shooters".
OK... I shoot... I shoot a fucking LOT.
I, in no way have come close to firing up 30K in BeeBees through one of my civvie ARs.  My DotMil SAW or Ma Deuce?  Probably, almost certainly... but even on active duty...Ten LONG years of being an ACTIVE DUTY AIRBORNE SPEC OPS INFANTRYMAN do I think I may have ever come close to firing up 30K in 5.56mm through an M-16, to include a range where someone fucked up and we got a BATTALION (800-1000 peoples) sized amount of ammo for our COMPANY (100 guys) and we had to expend all of it.

THAT was the first statement of charges I ever had to pay.  Literally melted the chrome lining out of my M-249 where you could SEE the molten metal flying out, and the tracers going ALL over the place 'cos the rifling was literally shot the hell out.  Not only that, but the plastic cover of the hand guard melted and caught fire on the white-hot barrel.
Good times, Good times.
But yeah, the way dis fucking mook is talking?  Like we'll ever shoot our shit to that extent.
Add on that IF we do shoot that many rounds?  Even in a full on Civil War?
Something, somewhere has gone completely and utterly sideways.
Maximally So.
So, food for thought and economy Aye?
Personally, I'm sticking with PSA... I can buy 3 of theirs for ONE DD and outside of the bolt metal, literally the same exact weapon. Here Endeth the Lesson, Go in Peace.
More Later I Remain The Intrepid Reporter
Big Country 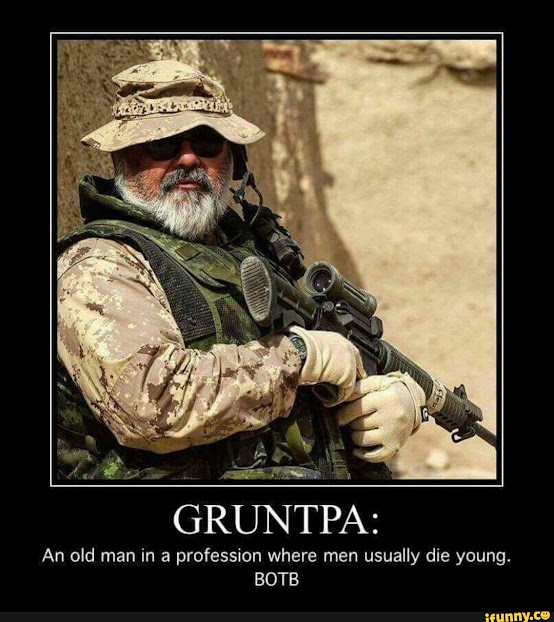 Posted by BigCountryExpat at 1:04 AM