Greetings Me Droogs N Droogettes!
Now I absolutely and positively need to keep kissing ass, begging, borrowing hell, a bank job isn't out of the question...  I need monays... a PILE of monays.  ALL of you do.  Leastways call it 'hopes and dreams' categories but the news is out and burning up the Gun Websites
Springfield Armory is bringing back the Browning Hi-Power basic design John Moses Browning made.  They're calling it the SA-35.  https://www.springfield-armory.com/sa-35-series-handguns/sa-35-handguns/sa-35-9mm-handgun/ 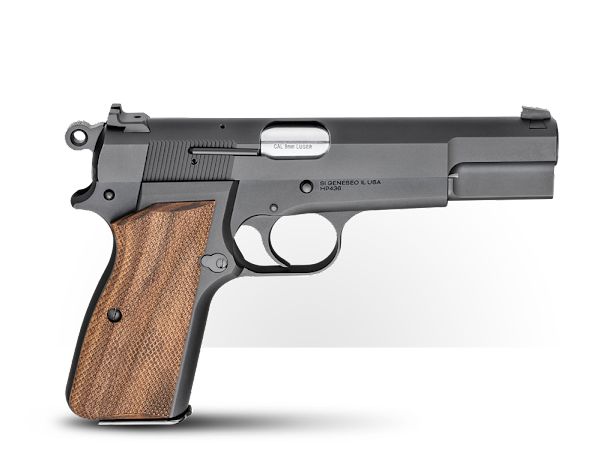 Now, there -are- some Hi-Powers out there.  Original Browning made, highly overpriced IMO.  Like ASTRONOMICALLY overpriced for what's a decent hog-leg, but like a Kimber not that good.

I have my own personal experience with a Hi-Power.  It was my first daily carry in Iraq.  Marked with "Iraqi National Police" on the slide.  Awful black plastic checkerboard grips, and a butt-ring for putting a lanyard on...  I had ONE mag, that held 13 rounds with one up the pipe.  I -only- initially had like 24, maybe 27 rounds loose... all mixed and of questionable sourcing.  Such was life in early 2004.  I did eventually get 2 more mags, and traded some gear (some boots and uniforms) for 200 rounds of 147 Grain Hollowpoints from the SF kids who needed to get rid of the 'illegal ammo'.  Finding a holster that -wasn't- Haji leather dogshit was a bitch until I found the Israeli company Fobus who makes a nice plastic Blackhawk style hip-rider.  It was that or the Blackhawk shoulder rig, which I wasn't a fan of as it tended to get caught up in the seat belt of the trucks we drove.
I also have needs to pay back the Droog who helped me when the shytte went sideways here a ways back.  Haven't fergotten nor stopped saving to do the payback.  The bitch of it is was they $$$ I had slated, well, I blame Dumbunny.  Her ass is costing me MOR mental and monays than I like to t'ink aboot mon.
Now, besides my usually whining about finances, all told the Springfield price point on this is $700.  That t'ain't bad.  UNLESS some seriously unscrupulous louses buy up all available stock (which (((they))) will, no doubt) then it should stay at a nominal price point.
Leastways I hope so.  I DID like the thing... VERY nice handling weapon.  VERY comfortable AND one of THE GREATEST designs ever put forth by the Genius Gun-God Browning the First PBUH.
Mine was named "Roscoe".  We named our weapons so's we could talk about them without the uninitiated and uncool understanding just -what- or in this case, who we were referring to.  In 2004, most civvie contractors were not allowed to have firepower, and it was a fireable offence to get caught sporting 'illegal arms'... only the US DotMil could do something like that Aye?  Despite MOST if not all us Contractors having FAR more experience and trigger time than the fucking newbies that they were feeding into the sausage grinder...
So, when we had missions outside the wire, I'd say like "Yeah, Me n Roscoe are gonna mount up and do this here thing later today..."  Lil or Middle would come back with "Well, I'm bringing Fritz (the MP-5, naturally) and Lil has Jeeves (the Sterling MK6... and yeah, it IS the Stormtrooper gun LOL) and we'll bring all the other friends we need to keep the party going!"
Depending on which was what, the FN-FAL's we had were "Pierre" and "Alphonse"... the German firepower was "Fritz" or "Gunter".  Roscoe only got HIS name as it was the first piece I had and did the daily carry with, and I named it after the Sherriff in 'Dukes of Hazzard' before we came up with our code-naming convention.  Almost ALL of our AKs were "Ivan" with the lone exception of my Dragunov SVD which I called "Long Tall Sally" 'cos with that long assed 26 inch barrel?  Yeaaaaah baby.
So, again, totally excited about this S.A. remake.  I'll let you know if and when it DOES get out there and I'll follow the reviews.
So, More Later I Remain The Intrepid Reporter
Big Country 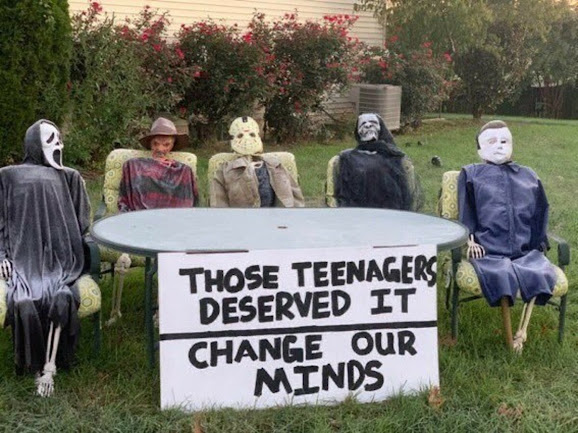 Posted by BigCountryExpat at 9:04 PM