Greetings Me Droogs N Droogettes!
It's a rough day in Ye Olde Intrepid Reporter's world when I crack a beer at 14:00.
Catchy lil tune Aye?
Discovered them whilst in Iraq on Tour #1.  The Quiznos Commercial?  'Member that weirdness?  The "Spongemonkeys"...  weird then, weird now but the "First Drink of the Day" was the Countries INC daily anthem, no matter what time of the day, and seeings that it was 24-7-365 'on duty' over there, didn't care -when- we bent at the elbow with cool n'frosties, just as long as it happened.
A lot can be said for the Russian Ideal of Fighting the Good Fight plastered off your ass
Jes' Sayin'
Made the Give a Fucks Minimal. Aye.
Reason(s) for this early imbibing are many.
Training at work, where -I'm- the overseeing manager OF the training this time, well let's just say it's special.  These here folks are -supposed- to be MY direct reports when (and IF) they finish the three week long training.  We're about mid-week now on week two of three and a half.. so about 1/3rd done.  For an example though, we -started with 18.

The two popped smoke after getting the equipment, i.e. no-call-no-show AFTER getting about a grand in equipment.  Then, we just lost two more who stopped showing up period fucking dot.  Was there ALL last week, and then -poof!-  Gones-ville.  No idea, but now they're done.  And then, whelp, honestly, three of them.... they just ain't gonna make it at this point.
They failed a multiple choice open book test
TWICE!!!!
There's being dumb, and then there's What. The. Fuck.  I can't tell if it's willful i'gnince or not giving a fuck.  I mean c'mon... and between the test redo, we went over the answers... so there' literally ZERO excuse.
I have a meeting about it later... and oh yeah, the meetings are adding a hour, hour and a half on top of the day.  And then I had to fight about the comp time as I mentioned before... OMFG... I need to re-examine that Pizza Delivery gig... less hassle and stress for equivalent $$$
And THEN, on top of the Daily Stupid, DumBunny's been having DumFuck call, and call, and call, and call, and call, and call, and call, and call, and call, and call, and call, and call... Like mad stalker-harassment level, BUT when we went to call the cops, well, NOW we have to GO to the Sherriff's office to do the report 'cos I sure as fuck ain't having the Po-Po inside the crib.  Ain't nothing illegal, but I'd rather keep my advantages to myself thankee very mucho.
Then the security Camera with good night vision took a shit.  Now, no complaints about it.  It was a top of the line security camera in 2008 when I scored it in Iraq back in 2009.  However, the amount of use and age, it finally crapped out.  Sooooo off to the Wyze store for a replacement, 'cos I -need- a camera and recording going on, and Wyze is what Other Grans use at their place. 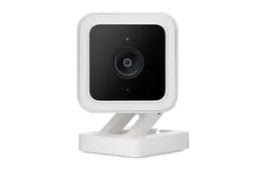 Like $40 a throw.  There's a 70 Dollar one that's completely wireless, but that one needs to get recharged every 4-5 weeks.  So, we'll have to see when I can get that one... the one I got was the indoor wired one, and it's up and running now.  But anyways... we found out aboot them from otherGrans.
When we were over there, we noticed the addition of security cams all around the perimeter.  We asked and it seems that pre-DumBunny coming, they were having an issue with Muh Diversity coming up into their gated neighborhood, and stealing out of the cars in the yards.  So they did a full suite around the casa to secure and record.
My next one or two will be on payday, Insh'Allah.
The resolution so far has me highly tickled though.  1080 HD and color night vision -supposedly-.
Ve shall zee hmmmmn?
So, hence my first, second and I'm on my 3rd beer now...
In the midst of flowers, with one jug of wine
Drinking alone, and no one else,
I offer up my cup, to the bright moon
My shadows and I, a party of three.
-Li Bai 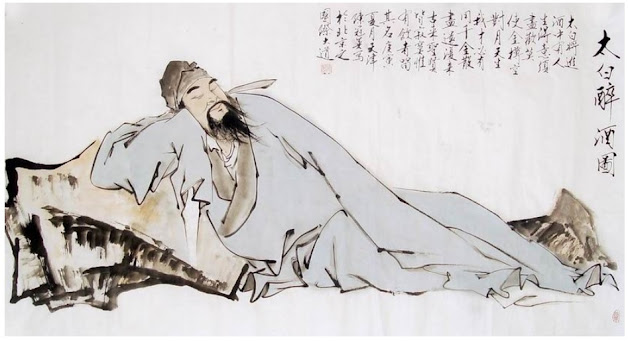 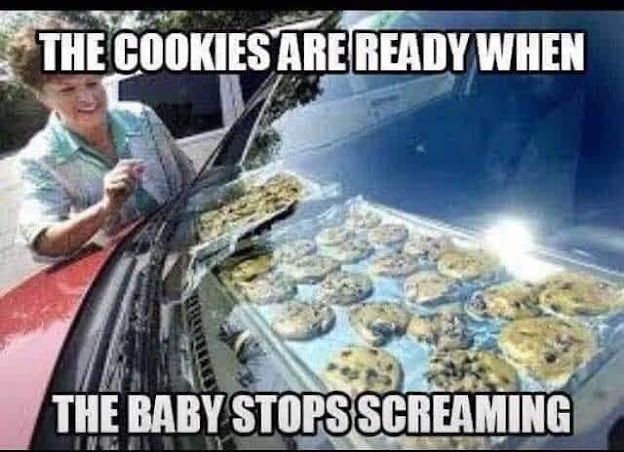 Crass but a necessary laugh
Posted by BigCountryExpat at 3:11 PM