Greetings Me Droogs N Droogettes!
Alive but exhausted, emotionally/physically
So yeah, had a possible 'minor heart incident' yesterday.  Got took to the VA via whambulance.  I GTFO of there ASAP as there was a shortage of personnel, beds and some -seriously- ill vets who needed the bed.  Once I'd been CAT'd and told that no, I wasn't having a fucking stroke (tho it sure as fuck at the time felt like it) and I had them script me a shitton of meds, I jetted back to the Casa.  (Side note: This COVID bullshit has got to stop soon... lots of MedFolk MIA because of Slo's mandate and the VA being retards... not enough people to help the folks who need it)
Meh.  Not my first rodeo but a rather impressive BP of 198 over 130 got me the 'entry ticket' when the paras were working me up at the house.  Which even before we called them in a certain amount of 'cleanup' was necessitated as the possibility of  Ye Minions of Leviathan occasionally accompany the hardworking paras, and I didn't want to (in the middle of a potential heart attack) to explain to Deputy Fife that no, those are not live grenades, and no the rocket launcher is inert, and yes that flammenwerfer is legal.
Sheesh.
Nitroglycerine cannot be underrated however.
My my, how it makes that pain go 'way oh! lo so quickly!
T'ain't my first tango with the ticker issue.  First time was a full blown heart attack at 25 that I thought was a really bad hangover, but the subsequent years have shown the scarring on the heart and the damage to be a genuine H/A.  I had another 'minor' arrhythmia back about 16? years ago? at work... it's stress that does me in... Only -so much- I can handle.  I internalize... well I was taught to expend the energy and usually I do so... but lately I haven't been able to... between work, which was stressing me even BEFORE the bullshit (as I was always bitching about just how fucked up the operation was/is,) and then Dumbunny, who I'm seriously getting a 'shallow grave' vibe aboot these days. 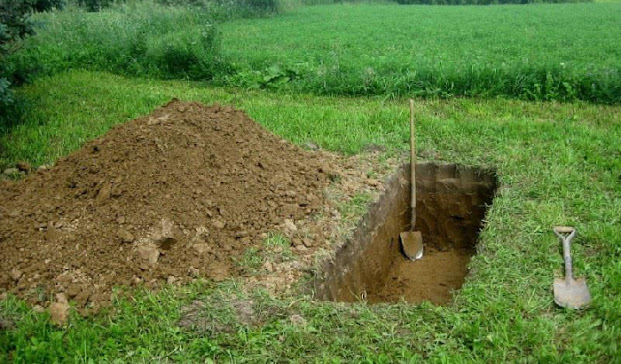 "Sapper, get the shovel..."
Example:  I'm not, by any means, a clean freak.  I'm cluttered, but organized clutter.  Dis fukkin beeyatcha?  Nasty.  Has to be told to clean up after herself AND the Bebe.  I'm clean in that my kitchen floor is clean.. like usually spotless.  Counters too.  Now?  Ain't been this dirty in the 20 years I've lived here.  I run a clean kitchen and tight A.O. and I can't do it meselves, and she's oblivious.  I mean I do all the mopping, to the point I actually got a fucking restaurant style BIG yellow mop bukkit and mop and squeezer.  If you're going to do a job, do it right Aye?
But under normal circumstances, I mop once a week, twice if I have a spill.  I -know- having a 1 year old makes it harder, but even then... she does disgusting things... uncivilized things that I have to constantly be on her about... took a drink out of the orange juice (from the container!) and dribbled it... landed on the floor and she didn't even notice OR more than likely, didn't fucking care.  O.J... on my floor.  I called her out but for the past few days I haven't which led to yesterdays meltdown.  Walks around barefoot through the spil't juice and tracked it over the kitchen!
Fucking floor is, as I said nasty by my standards, and I've -lived- in Iraq, which you don't get much more nasty that that fuckin' place.  I swear to Gawd, I'm over it all.  Going to go to the zoo.  Check into the Monkey house.
I told Wifey 5 days, and I'm selling everything, paying my 'owes' and headed out to I don't-know-fucking-where  Without her OR her pig-daughter.
MGTOW might be a thing who's time has come.
IF I live that long
More Later I Remain The Intrepid Reporter
Big Country

Posted by BigCountryExpat at 12:42 PM