Pissed Off Day Off

Greetings Me Droogs N Droogettes!
Had a day off yesterday where I spent the majority of the time off doing the "kill. every. living. thing." in sight in Fallout.  Felt real good too.  Especially since I set meself up a self-regulated scoring system.  For those who don't know, the Fallout series (3, New Vegas, 4 and now 76) is a rather intensely loaded graphic game. 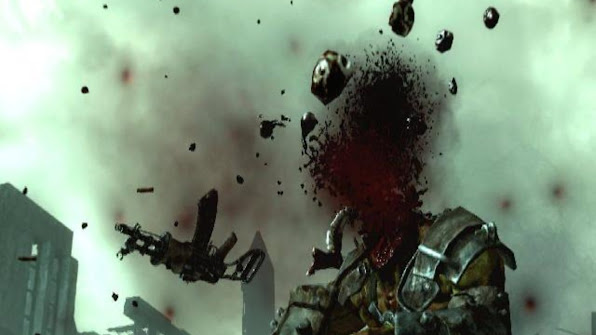 That's a screenshot from Fallout 3, a Supermutant taking a .308 to the head
MY game?
I went hunting 'muh Diversity! 'Cos it (the game(s) includes various race-based characters.  10 points for every muh Diversity for every non-violent kill, 20 points for 'hostile kills'... meaning if the NPC in question was passive, it was only worth 10 points, while openly hostile, like a raider or whatnot, 20.
VERY relaxing to be able to scratch the 'massacre itch' so to speak.  My shrink thinks it's better I do such things.  Although at the rate -other- things are going... maaan.  I have to use this time to now for really-reelz start getting in shape.  I took a 1/2 a mile walk yesterday.  Unladen.  Sucked purely but I'ma doing it again tonight for 3/4 of a mile.  See if it kills me or not.  Managed to do it without my cane, which in itself is a HUGE improvement.
Yeah, ye Olde IR of Fame, and Past Fast Shewtin and Movin' is relegated (or supposed to be) to a fucking Gimp Stick.  My lower Lumbar are quite literally disintegrating and there ain't much cartilage or diskage left back there.  Which is why I really prefer these days despite shitty eyesight and Shakes-the-Clown-hands to do my killing remotely or by distance if I have to.
My Hand-to-Hand ain't so much these days, but I -do- have quite the self-defense if needed: 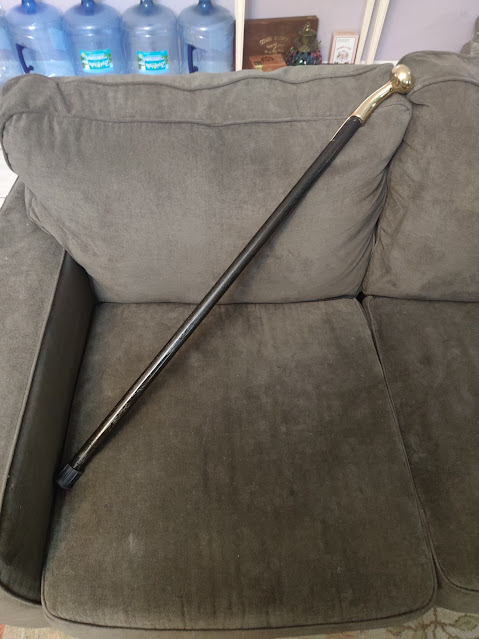 Solid Brass head with a Ebony hard-as-a-motherfucker stick.  No sword cane horseshit here... this's here a cudgle.  I'd LOVE to have a classic Shillelagh Cane but they tend to run big bucks and most aren't real per se.  Wifey got this one for me when we went on that biddness trip to Saint Auggie.  I didn't have my CC so I couldn't have my 'piece of mind' if vandals or ruffians came up on us...  That right there tho, oh me Droogs... lemme tell you, Ole Alex hisself would love that there shlaga.  Weighs a ton by 'normal' cane weight.  The head is what appears to be solid brass.
They cut it to my proper height/use, so I do have it with me.  Lord help the asshole who thinks I'm fully grip while stumping along with that.  BUT also, I've been working at NOT using it.  The problem is the pain and posture issues.  More pain, more gain and the only easy day was yesterday.
So, as I was ranting about yesterday.  The fact that a GIANT multinational would (again) bend at the knee to fucking sub-50 IQ'd fucking illiterates... and yes, they ARE fucking illiterates... the 'reading aloud' portion of training, where as we were training remotely, in order to insure participation, the trainee had to read to the rest of the class...  You want to talk about possibly the worst torture that a literate white male can have performed on him?  A mother of 6 (who is BTW 24... how the fuck does that even work?) who when you read her resume is chockablock full of spelling errors, grammatical incomprehension you fucking name it, and then speaks in a baby-talk ebonics fashion and is having trouble with a curriculum intentionally dumbed down to what I'd consider a fourth grade level?  Literally the word that they kept tripping over: deductible
I heard:    DEAD YOU TAY BALL
DEE DUCK A BALL
DAY TUCK TIBBLE
DEE DUCK TABLE (That one was sounded out until they got it right)
Now, also, the tests required correct spelling.  MS Form Quiz, type your answer.  Correct spelling gets you a Good Credit checkmark.  Bad Spelling, No Credit.  The word that no shit they choked on:
Copayment
No shit.
It was a health insurance company, that much I'll reveal.  Hence the whole lern'ing aboot various things.  Amazingly the money parts on HOW the deductible applied and when a person has to pay, how much someone owes... THAT they got right.  Guess the only thing they have on their minds is money and muh dick... that and fucking over whitey.  As seen on Gab today: 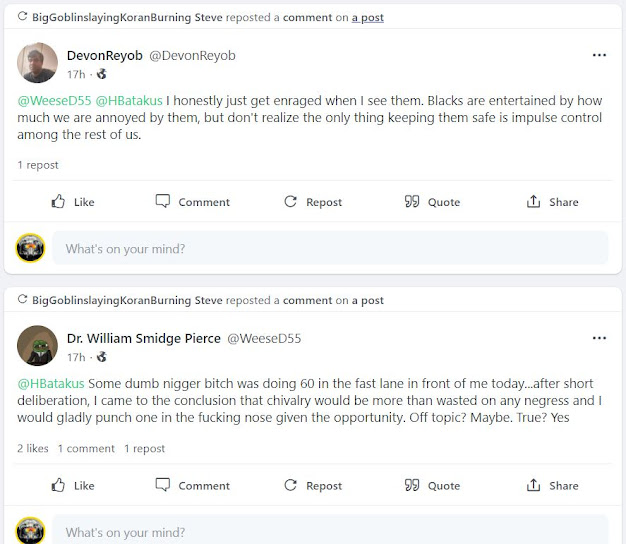 This is why I game
Keeps that impulse control in check.
I already heard that the training class was overheard celebrating 'sticking it to' me.  Nice people huh?    So, I'm going to chillax this week... unwind.  File for unemployment which will STILL be fucked up... no telling but considering how fucked up it was last time, I've given up hope of any sort of resolution in my favor.  I'm 'no one' and no one cares about 'no one.'  Not connected, not assisted, another Whypeepo, Disposable Type One Each.
Until I'm not.
Then I'm Christopher Dorner, The Pale Version.
Their worst. fucking. nightmare. come to living breathing vengeful life.
Not to worry tho me Droogs N Droogettes... I'm good
For Now.
So More Later I Remain The Intrepid Reporter
Big Country 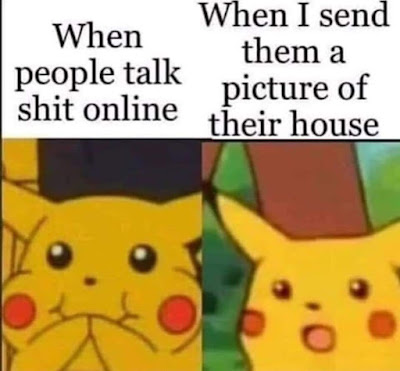 Posted by BigCountryExpat at 12:55 PM