Greetings Me Droogs N Droogettes!
BIG Thunderboomer of a T-Storm yesterday/last night.  Teh Intarhwhebz wuz spotty at best, down at worst.  Didn't put me in a right mind so to speak as maaan, it gave the 'trainees' I'm 'overseeing' the chance to play the bo-bo-stupidhead thing and not work.  Couldn't blegg either.
Ugh.  No wonder I'm in a bad mood.  The quality of our new hires is shall we say.... lacking?  As in completely lacking brains, basic skills, the ability to speak English..."I'm sorry, does anyone here speak Jive?" 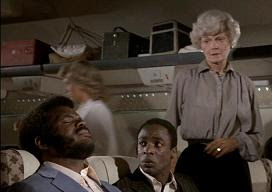 And some of them?  Well, lets just say that stereotypes gonna stereotype... as in two of these assholes were interviewed three times... initial, follow up and then tech interview.  Lot to go through Aye.  Everybody who wants the job has to pass the Three Gates so to speak... THEN, after making it through the various 'hoops n' loops' they get onboarded.  That means going to pick up a work-from-home workstation.
Now, depending on the role, it was at least a Laptop (HP) and a 22 inch monitor.  Plus all the 'fixins' i.e. headset, power parts, cables etc...  Now, the stuff -I- actually took was just the lappie, as I have all my own stuff.  Especially since the monitors they offered me looked like someone had used them as booger-parking spots.  Like for real.. crusted 'something' on the outer edge... totally maximally grossed.  Thanks but no fucking thanks.
Two of deze fukkin people came in, got the shit and disa-fuckin-ppeared.
"Oh free sheeeeeit!"
Any wonder I drink?  Continuously?
Well, I do anyways, but this kind of shit makes at least for a better excuse.  That and my Boss having the propensity to start hitting me with MAD text messages at 0730 every. single. day.  My current work schedule is supposed to be 1100 Eastern to 19:30 daily... but for some reason, they have ALL the meetings at 0730 to 1100, and I'm expected to fucking be there.  I actually brought that up the other day vis-a-vis comp time, 'cos the State of Flor-reee!-duh Department of Labor tends to be really harsh on companies that fuck over the workers, salaried or not.
So, latest outrages.  That fucking "Poor Lil Rich" bastard down in Texas who did the school shooting.. you know the one that got almost immediately memory holed as soon as they found out he was a member of "Muh Diversity!" got out on fucking bond.  Seems the Sprog is playing the "he wuz bullied and was a good kid who dindu nuffin!"  Yeah... Fucking nigger.
Someone vidya'd the fight in the classroom.  It sure as fuck doesn't look like he was bullied... in fact he's beating the every-loving shytte out of ANOTHER member of "Muh Diversity!"... I mean really laying the blows too... if he was winning, or had won, why the fuck did he pull a gat and cap, well, a pair of whypeepo and -some unidentified race (prolly MD!)?  Plus the kid he shot multiple times was 15?  He's 18?  Last time I looked, even in a rage, going and getting a gun, out of your car, plugging three people MULTIPLE times ain't self defense.
Now, Someone out there, even the Media is running cover for this murderous lil nog.
How do I know that?  Well... here's a pic from the Daily Fail:

The caption reads: "This video, taken moments before the shooting, shows Timothy Simpkins, the shooter, being beaten up by in his classroom by a 15 year old student..."
Minor Problem
Let's close it in a bit: 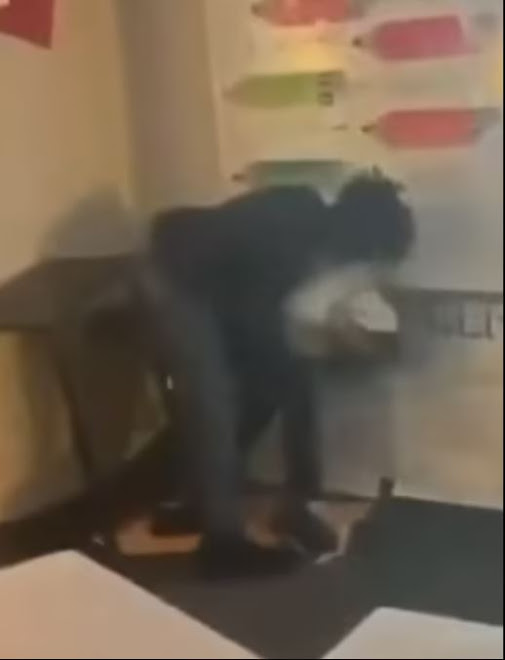 First off, if you watch said-vidya, the kid has long dreds and is wearing a black shirt... he's WAY bigger and dominates the kid in the white shirt.  Like completely and utterly owns the kid... the kid in the white shirt got his ass kicked, and is just trying to keep from taking too much damage.  Now, couple of things, the kid in the black shirt has height AND mass on the kid getting beaten... now, we don't have vidya (Yet!) of the shewtin in question, but we DO have the Sproggynog's Booking Foto: 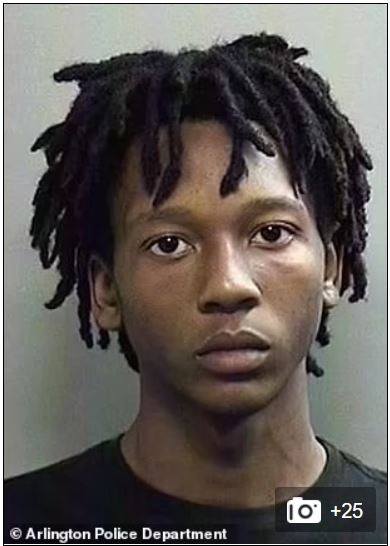 Dreds? Check
Black T-shirt? Check
Hmmn... seems that to me, he was the aggressor... I mean we don't -know- but it definitely looks to me of another case of out-of-control impulse "stupid"...  What really cranks me is because he's black, AND his fambly is rich as fuck, (he drives his own 2018 Dodge Challenger... I can't afford a Challenger!) and he's prolly going to get away with three blatant cases of attempted homicide.
Sheeeeeeeit.  I -supposedly- pulled a gun on someone, and spent time in the can for Assault with a Deadly Weapon, Attempted Moider... and whatever else they could throw at me with Nosebleed levels of Bail required, and I never even had so much as a speeding ticket as an adult...  Dis fukking Sproggynog goes, lays what looks like is an epic beatdown on another kid, and then lights up the room with a Glock .45, makes bail, AND now plays the "He's a good boi and dindu nuffin 'cos he's bullied for being rich!" race card?
Man, Justice in this country is fucking Dead.
I'm no longer participating in this horseshit.  Rule of Law?  What Rule of Law?
Can't wait to see what happens next... to follow this particular case'll be interesting, as I want to know where an 18 year old got a Glock .45?  His dad was beaten to death it seems and Mom has been rotting in jail forever and a day... several other news media outlets have been showing -other- pictures of Sproggywog, and unsurprisingly, they've been booking photos which in one of them he's wearing a diamond earring that the rock?  Holy Shit! levels of huge and what appear to be gold 'grillz' on his front upper toofusus.  Got me a hunch his Nana and Papa spoilt lil Dindu to the point that money and lawyers have kept him out of jail so far but me?
If I were the father of one of the victims?  Lil Fucker and his fambly'd be Dee Eee Fucking Dee.
House burned to the ground.
'Cos Homie don't play that.
In fact, I'm a feeling that it's almost time to start forming "Regulators" like the Old West
If justice keeps getting denied, that's when Good but Hard Men have to take a stand
Won't be pretty
But what is these days?
“All Heaven and Earth
Flowered white obliterate...
Snow...unceasing snow”
- Matsuo Bashō
More Later I Remain The Intrepid Reporter
Big Country 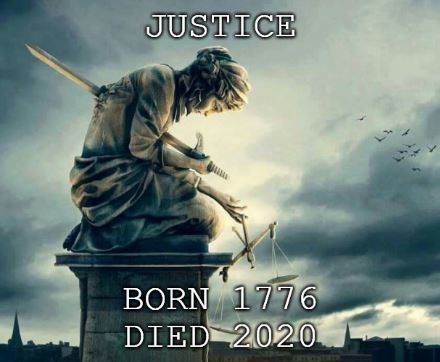 Posted by BigCountryExpat at 11:04 AM