More Enrichment and No C&C

Greetings Me Droogs N Droogettes!
Tell you what... it's only going to get more enriching all thanks to Orifice of The (p)Resident, PBUH (and +10%) The Dementor-in-Chief, Emperor Poopypants the First, Chief Executive of the Kidsmeller Pursuivant, Good Ole Slo Xi-Den's new 'Open Borders' policy of insuring that only the best and brightest of the Afghanis got on them thar evacuation planes.  Yep.
Then again, mebbe not. 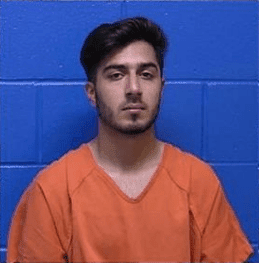 Meet Zabihullah Mohmand
Another 'culturally enriching' Rape-Monster.  The vic?  18 year old girl.  In Montana.
I'ma kinda sorta amazed that he's in such good shape... that smirk and smarm of "I don't give a fuck" would surely be completely wiped from his face had I been one of the Arresting Occifers.  In fact I'd insure that he'd need a permanent all-liquid diet for the next oh-so-few-years he's got left up until one of the Aryan Brotherhood decides he needs a Haji-Skin Cigarette case or something...I mean man, it's fucking Montana man... what the fuck happened?  That used to be a gen-you-wine-lee bad ass state full of bad ass Cowboys and shit... now?
Yeah, the booking foto shows how much 'kinder and gentler' the Fuzz and Montana as a whole are when dealing with assholes like this here goatfucker.  Me?  Man, he should have 'fallen down the stairs' a multiplicity of times, never mind hitting his head on the door jab, falling on a nightstick or 10, and broken a few limbs and fingers while trying to get back up off the concrete.  The whole sordid bullshit story is here: https://thenewamerican.com/montana-cops-arrest-unvetted-afghan-for-rape-montana-rep-rosendale-remove-afghan-evacuees/
The article goes into how Montana Rep. Matt Rosendale is calling for the expulsion of all the Rapey McRapefaced Goatfuckers and Childbride Pedofucks that the current Regime cut loose in like anywhere they could to undermine any and all "Red" states...reducing the issue to pure politics per usual.  That's all they know
HOWEVER
Couple more stories like this and you're going to see a network of loosely connected people start figuring out what time and where these 'people' (and it's a stretch to call them that AYe?) are being 'deposited' like the dead-of-night doggie donut dropoffs they are... I mean let's be honest.  It IS just like that absolute asshole of a neighbor that you have ON CAMERA taking his dog for an oh-dark-late walk, and going right up to your house, and letting Rover drop his 'package' off on your yard, and casually roaming off without policing up said-"gift".  Once the intel is gathered, well, it wouldn't be hard to arrange (pure hypothetically that is) a 'welcome' of suppressed rifle fire that targets the military aged males.  Groin and head shots. 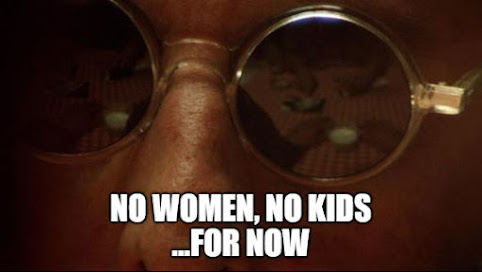 "No women, no kids."
Couple of times of a no Bag Limit Open Season on Afghani Rapey McRapefestivus Goatfuckers, and I gar-ron-damned-tee they'll be positively begging to be sent back to Asscanishitstan.  The more the body count, the more they'll utterly refuse to get on the bus to relocate...
See, I lived there.  Had to be around these smelly fucksticks... and yes they do stank like death... like a rotten carcass 4 weeks dead doesn't smell as bad as an Afghan...  anyways... The only thing they understand is brute fucking force and the imposition of brute fucking force on whatever the target of the day is.  If their Imam tells them "Allah has proclaimed death to all Guinea Pigs and Gerbils!  They are all satanic and must die!"  I ab-so-loot-lee can tell you these turbaned hardheaded fucking weirdbeards would be breaking into elementary schools to kill Mr.  Lemmiwinks and the local PetSmart would see the same 'unexplained uptick in pro-guinea pig and gerbil violence'.  Complete unquestioning belief in their religion, and by way of their Holy Rollers (the Imams) they will stop at nothing to achieve their goals.
Hell... the lesser religious nutbags (compared to the Affys) in Iraq even knew our mollycoddling ways and worked them against us.  They knew for certain that IF they got caught, but not actually IN the process of pulling a trigger OR with the bomb IN HAND that the MOST we'd do was a minor vacation, in a air conditioned prison cell, (where MOST of his friends were anyways mind you) that they'd get three hots and a cot, maybe a bit of 'harsh language questioning' and then eventually, cut loose with a $10 bill for transportation and a "Don't let us see you around here no more!" lecture.  I know. I actively assisted in the re-capture of one of these doodz who done did this, and probably kept doing it until they either won, or he fucked around, wrong place, wrong time and got greased.
Until we start utilizing barbarity against them?  It's a zero-sum game.  To a Rape-monster like dis fukkin guy?  Prison?  After living and eking out a sub-par non-TV life in the mountains of the Hindu Kush, with only the occasional raid on another ville for loot, and a goat for sustenance and/or sexual gratification?  Yeah, US Prisons, outside of the whole potential of running into a REAL whypeepo superpreemiecysts group who, if they find out aboot him, WILL eat his liver for lunch, prison is a fucking lotto winner dream for him.
Hence why I personally think, in this increasingly lawless environment, "The Men Who Wanted to Be Left the Fuck ALONE" are going to start to step off the porch.  And when and IF it does happen, it's going to be beyond the worst case scenarios of the pants-wetting crybaby fuckstick lawbreakers in the District of Criminality and/or the Ministry of Propaganda all over the country...  They have no clue.

It's going to be "The Harvest of 100/1000/10000/100000 Heads" or however many those who are angry enough to decide... I mean after all, who puts a call to stop a decentralized, non-unitary, cell like, lone wolf operation?  I mean despite ALL the fever dreams of the retards on the Ministry of Propaganda, and the breathless, witless ramblings of self-important, impotent cowards, the near-do-wells and flat out brain dead "politicians" of the UniParty who have hyped up OrangeManBad as "HitlerJunior"... fact is, most of us purely despise him AND especially his (((fambly))).  His obeisance and bowing to the (((Tribe))) and his blatant abandonment of everyone involved in the January 6th Shenanigans, nevermind ALL the 'other' broken promises, well, we say "Fuck that guy."

Reality is, IF the 'spark' gets lit, there ain't no one to put out the subsequent fire.
Especially if it's successful.
I mean from a purely outside POV, how much blood is enough IF you're winning?

There's no leadership.
There's no voice out there to cry "Hold!" and re-leash the Dogs of War so to speak...

And let me tell you, r/ourguys/ tend to be better armed, more angry and better trained.
You do your own maffs.

These idiots in charge?  They obviously are absolutely oblivious to these things, hence the empty retarded threats of Nukes and F-15s... they have NO IDEA what kind of beast they're poking.  It literally is millions of heavily armed guys and gals who look, see 'that one thing' that finally pushes them over the edge, and they start killing
and killing
and killing

without a centralized Command and Control.  They'll keep at it until they theyselves get kil't OR they finally grow weary of trudging knee-deep through the blood of retards.

So, think on it...
I know I am
More Later I Remain The Intrepid Reporter
Big Country 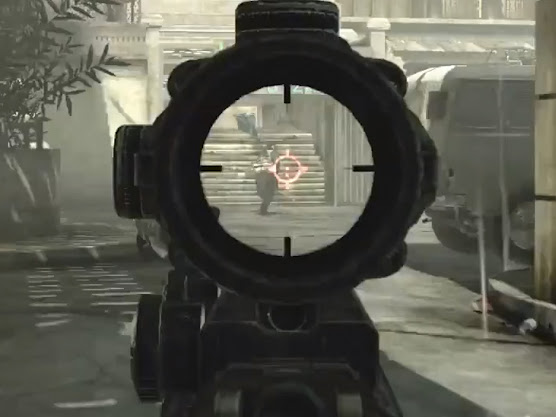 Posted by BigCountryExpat at 6:32 PM