Greetings Me Droogs N Droogettes!
OK, couple of notable things.  Call it the NottaVaxx OODA loop.  Now, we've all seen the scenes and seen the news of the Southwest Airlines telling folks to FYDIAF regarding the NottaVaxx mandates and whatnot. 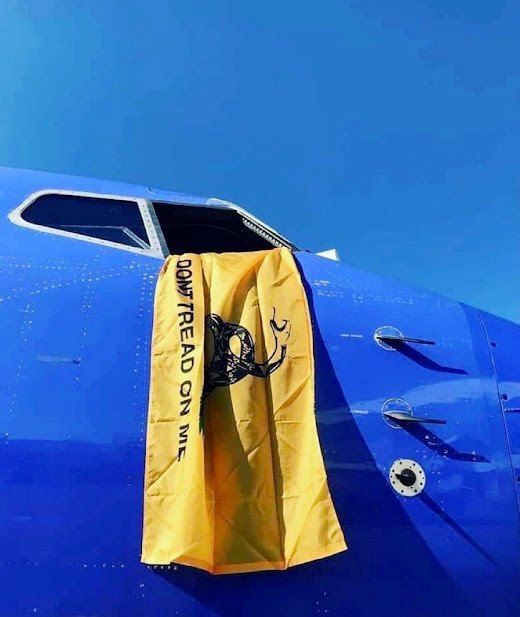 Our wonderful Ministry of Propaganda have been, per The Glorious, Magnificent and Munificent WORD, as engraved ON HIGHEST by the DotGov of the Glorious and Harmonious P&PBUH (plus 10%) Orifice of The (p)Resident, The Dementor-in-Chief, Emperor Poopypants the First, Chief Executive of the Kidsmeller Pursuivant, Good Ole Slo Xi-Den been pushing that the NottaVaxx is safe and important and required by any and all, from the Highest of the High, to the Lowest Deplorable (for our own good mind you.)
Yes, Our Betters, what with all the Oy Veying and Kvetching, despite their best efforts of covering up the news, well, we've seen a MASSIVE spike in infections, breakthrough and otherwise in the Holy Vaxxed, Peace Be Upon Them!  Especially in the (((chosen lands))) which, frankly I find hysterical.  Shoah?  They ain't seen nuthin yet when this here shytte really starts kicking it off.
Now
Something 'clicked' regarding a story that I read this A.M. about how an airliner had a in-flight emergency when the pilot almost died from heart myocardia, and had to land toute-le-suite.  Then it was, of course, covered up like a motherfucker.  The article went on to describe the already vetted-as-true Flight Surgeon at Ft Hood? Rucker?  who filed a 'grounding call' for all active duty Pilots who got the jab of NottaVaxx, as there was a legit concern about Pilots dying at the wheel and doing a Kamikaze.
So then I also read ANOTHER linked story explaining WHY Pilots are at risk who've had the jab.  The TL;DR (and can't find the article now) is that Pilots are at MAD risk by sitting for extremely long periods of time while "at the wheel."  The health risks for -everyone- on Long Haul flights are listed as: "The prolonged lack of physical movement and dehydration on an airplane may increase your risk of blood clots, including deep vein thrombosis (DVT), pulmonary embolism (PE), or an arterial blood clot in the heart (heart attack) or brain (stroke)."
WHY does that sound so familiar????
To me, that sounds EXACTLY like NottaVaxx issues that have 'rarely' cropped up Aye?
Hmmn, so it's especially a threat to someone who does 6-10 hours, in the sky 4-5 days a week OR MOR for a living Aye?  Which then led me down the NEXT rabbit hole.
Noticed a LOT of very wealthy and connected folks, but not that connected have been having serious mishaps vis-a-vis their expensive airplanes burning in?
At least 3 privately owned aircraft have done the Kamikaze Thang in the past week that I can remember... One in what?  Italy?  One here in San Diego that toasted some poor UPS dood on the ground making deliveries in his truck when the Cessna imitated a Jap Zero hitting a Carrier at Leyte Gulf...  The story of 'final words' is here: https://www.foxnews.com/us/california-plane-crash-audio-san-diego
So... at least three that I can remember
Now, flying a small expensive aircraft, usually IF you can afford to BUY one, you usually have the scratch to pay for lessons.  And, having had a friend who owned his own twin-engine, I know that once you get 'bit' by the 'flying bug' you tend to try and use it to go -everywhere-.  SO that means a LOT of flight time, which then exponentially increases the risk, regarding dehydration, flight time, and then, add on that MOST small aircraft, be it a Cessna or a Gulf Stream, ONLY one guy in the cockpit know what to do, i.e. fly that iron-bird motherfucker...
Meaning IF the pilot/owner -suddenly- goes into 'stroke mode' and either cashes or is about-to-cash, the poor fucker next to them?  Hoo-Boy.  Bad Juju INDEED Aye?  That ALSO corresponds to the 'why' of these crashes... now it's a  bit too early, BUT IF they don't release a reason for said lawn-dart imitation, well... you do the maff.  I expect from the MoP that it'll be 'mechanical issues'...
Jes' Sayin'
Me?  I'm watching the news... I fully expect and make the prediction that there's going to be a significant increase in personally owned aircraft doing the Kamikaze thang.  Rich folks, single pilot, no quall'd 'co' onboard?  Yeeeeeah... sing this to the "Ballad of the Green Berets:"
"Fallllling rich pricks from the skyyyyy...
The Vaxxed up, are going to diiiiie
These poor fools, believed DotGov with what they said
So now they've crashed, and now they're dead."
I mean it's October.  The Mass NottaVaxx campaign kicked off when?  The BIG push was about 7-8 months ago?  I figured the secondary effects would start kicking at 6...
I'm curious if the NTSB will issue a new flight physician guidance on the DL.
Be interesting to see if I'm right.
And for those interested, it's still a fucked up day
Beer #7 enroute.
<Le Sigh>
So, More Later I Remain The Intrepid Reporter
Big Country 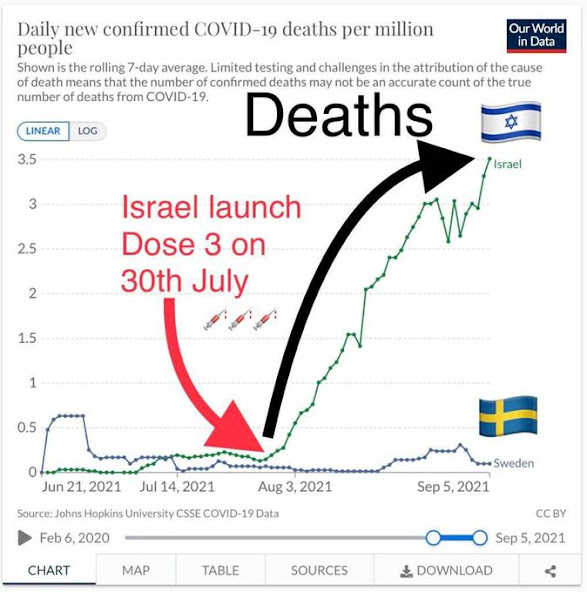 Posted by BigCountryExpat at 5:09 PM