Loads of Fun and Logistics

Greetings Me Droogs N Droogettes!
Telling you, this workforce?
Completely and utterly fucked.
I started this class of trainees with 18 people.  2 didn't even show.  In 12 days, I've lost 6 more.  I'm averaging a 1 every two day killshot.  Today was actually a twofer.  Queue the music:
Rather appropriate considering.
It's un-fucking-believable.  The sense of "just show up and I'm good" is startling.  And -thusfar- I -haven't had anyone try and throw the race card at me.  Yet.  Not really sure how they can though, as the attendance policy is straightforward enough, and I'm just following it to the letter.  Hells Bells I'm not really even in charge... the Training Management is responsible.  I'm just riding shotgun here.
Better to clear out the deadwood now though, 'cos when the rubber meets Ye Olde Road?  I ain't gonna have time for hand-holding and a bullshitfestivus of fuckery.
Speaking of Fuckery:
One of the Droogs reached out to ask me aboot the adverts here.  Seems that he got rooked by a company called "Blaroken" a 'supposed' tacticacool store.  Now I got no real control over the ads.  I did choose that it show 'similar stuff' for the crawler, i.e. military type tactical gear, BUT I have no, ZERO control over the goolag.
Droog got his $$$ back with a chargeback for a ripoff, but do your due diligence on any and ALL webcrawler ads... this one when you do a search comes up right off the bat with "SCAMMERS!" in like 3 foot high burning letters.  Chineseum bullshit it would appear...
Now, as to 'other stuff' I've been soooo out of the loop lately.
It would appear that shit is -still- the same, just shittier.  The Orifice of The (p)Resident, The Dementor-in-Chief, Emperor Poopypants the First, Chief Executive of the Kidsmeller Pursuivant, Good Ole Slo Xi-Den is still too stupid to safely play outside without supervision.  Or is it stupor-vision?  Fucking Aye... this whole shitshow has a the feel of I don't know what.  The 'smartest guy from South Bend' the Queerer than a Three Dollar-Make-You Holler Bath-House Pete Buttplug Secretary of Transportation is still on 'paternity leave.'
Yep.  Welcome to the New Bizarro World.
Fucking covered THAT shytteshow on my vlog.  Paternity Leave is supposed to be for a dood to help out his wife after giving birth... Passing a small human out yer body is sorta-kinda traumatic and exhausting.  Many times the have to lay open the mom like a trout and C-Section that kid out, or like they did with my X, cut her on the ladybits to 'widen the hole'... < shudder >  No thanks.  But since all that abuse gets inflicted, NewMoms need some help around the house in getting the strength back and whatnot.  I know I had to help the hell out with BOTH kids both times.
Buttplug, well seeings that he can -probably- sit naked on a standard issue barstool, and have it shoot/slide right up the ole pooper sans lube, I'd say there isn't any issue in that house.  Nope... and then, they essentially bought a whypeepo bebe.  Actually, make that two whypeepo bebes.  Twins.  Guess they didn't want the other getting jealous when they fire up the pedo later in life...  It shows how genuinely 'ungenuine' these prog-globo-homo fuckwits are.  How many minority kids with real developmental issues are abandoned/not wanted/whatever/orphaned out there?

Buttplug was ALL about sympathy for the BLM or whatever 'flavor of the month' out there is,  but the spermburper apparently only purchased hisself two lil whypeepo bebes.  Him and Mrs. Cumguzzler Buttplug didn't go through any stress, outside of maybe worrying that -somebody- might call out the fact that they shouldn't get paternity leave, but in Clownword, no one's gonna say a thing as they're a 'special protected class' of A) Rich as Fuck, B) Powerful and C) Gay as fuck.  No one in the current Ministry of Propaganda is going to call those two out for baby trafficking, never mind that this taxpayer funded "Paternity Leave" is both a scam AND a fraud.
Nero supposedly fiddled while Rome Burned...
Buttplug is probably lactating as we speak.

And it's under this fucking guy our Fragile and Not-Yet-Recovered Logistics System is getting worse.  And he's too busy getting Vogue and Vanity Spreads of him holding a baby, and gazing loooongingly into his "missuz" bearded face...  Let me tell you.
In Iraq in 2006 we had a minor 'bump' in the Logistics shipping.  'Bump' as being defined by the fact that the Haj went batshit, and the IEDs were soooooo bad, that the roads went from "Green" (safe to roll on) to "Red" (Robot-Levels of "Danger Will Robinson!!!!").  There were sections of Route Irish that were so thick with IEDs that the roads were essentially closed the fuck down.  For like two weeks.
And we started running out of food... and everything else.

Went from 3 Hot Meals in the Chow hall to One a day.  MREs were available but they were a bit worried about available stocks as that hadn't been "The Plan" to need a metric shitpile of those on hand.  We also got told to re-use the disposable plastic tableware.  "Hold onto your fork!"  Bottled Water started getting rationed, and mail was non-existent.  I'm sure AT LEAST one or two of my 'care packages' from the US got nuked on a convoy... leastways I think...
Either way, even with the entire US Army and ALL of KBR-Halliburton working to alleviate this, we still needed help.   At one point they had the Ukrainians load up ONE aircraft chockablock FULL of critical supplies and fly it into Sather Air Base in Baghdad.  Then they did it again.
One plane you say Big Country?  That ain't much...
Wanna Bet? 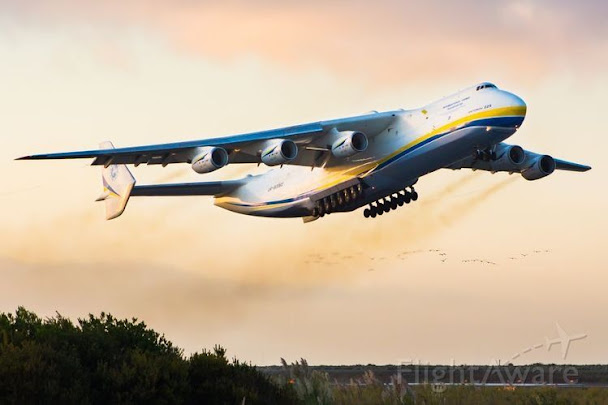 Two flights worth of cargo, but it was the AN-225 Mirya.  I actually SAW that gorgeous thing taking off... went -right over- the Crib on Victory.  Looked like the Empire State Building grew wings and decided to go for some sight-seeing.  It's that fucking big.
Yah, we 'slammed the wall' getting shit unfucked.  But that's a microcosm compared the shit we got going on here n'now.  Like that was a teeny tiny issue with what we ACKCHULLY got going on right here, right now.  And the assclown (literally!) that they have nominally 'in charge' is as fake and gay for his qualifications to be "Transportation Smegmatary as he is in his personal life.  Meaning he's utterly fake and gay.  I mean fer Crissakes, I believe when asked about his qualifications, didn't he say something about he once rode an AMTRAK once?  More like used the men's room 'Glory Hole' in the South Bend Train Station...
Jes' Sayin'
For real, between the 'lack of willingness' of people (which is what -I'm- seeing IRT) to do any work these days... the 'lotus eaters' that have been spoken of, and then the near fascist-intervention of the DotGov on any and all levels to impose unneeded and unhelpful regulatory supra-state 'environmentally friendly' rules, shit's on the slide... quickly.
Take all the new rules that Califrutopia is putting in... sure... enviro-friendly laws and rules that make the Hollyweird and Box Wine Aunts and Karens have the good feelz, but the reality is, even they're gonna 'suddenly' find theyselves out of food.
Oh Quick Note!
Evvabody go check your preps!
Don't forget to top off and rotate.
I found a bad can last night.  Needs replacement as soon as I can.
Hell, -I- have to wait til payday.  One of my cans of Provident Pantry went bad...  Can was ALLLLL swole like a motherfucker.  Tomato Powder.  Bought in 2012.  Very common unfortunately for acidic stuff like that.  Now they claim it's good for 30 years.  Reality?  Not so much.  And the can was stored inside for the entirety of it's life, out of the sun (I use a big wardrobe as a storage locker) in a stable comfy temperature for that whole time (outside of a few power outages.).

As dumb as it sounds, a BIG menu item for the "Big Country Post-Apocalyto Cafe and Diner" is pizza.  I got a metric ton of flour, yeast, freeze dried sausage, ground beef, peppers, onions, mozzarella and I got a solar oven that bakes up a pie in about an hour on the lanai.  Even got aged and stored pepperoni.  I mean hell, why not?  One large pie feeds 4-5 people, and if it's reduced rations, one slice a person, a 6 slice pie is a pretty good meal Aye?
But right now?  The majority of these morons out there are ALL about the 'daily shopping' even IF they go shopping.  I usually avoid Publix after work because its ALL people buying what they're going to cook THAT NIGHT that they're picking up on the way home... you can tell with a glance at the cart if that's a 'week worth' of grub, or if it's the "I need to feed Jimmy and Hubby as soon as I get home!"  That's usually the chick with either Manwich and ground beef, with a pack of buns or the Hotdogs, bag of OreIda oven bake fries and rolls.  Otherwise they're ordering from UberEats or GrubHub....
I only go if I realize I forgot something... a quick hit n run.
JIT Logistics is almost dead
And when it does die
That's when shit'll get interesting quick.
So, More Later I Remain The Intrepid Reporter
Big Country 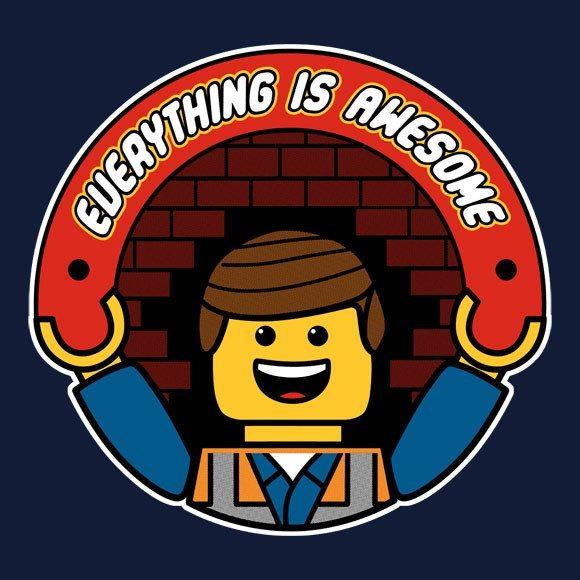 Posted by BigCountryExpat at 5:14 PM