Greetings Me Droogs N Droogettes!
Sorry for the later-timed poast, but it was a FULL night of BOTH GranBebes here with Other 'Rents and Trick or Treating with the whole damned extended Clan.  It went off rather well, what with Father Big Country Expat on the job: 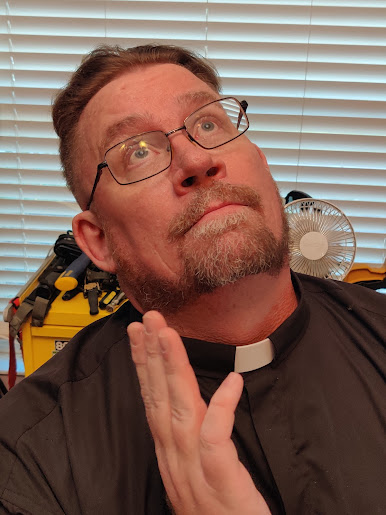 Ye though I walk through the Valley in the Shadow of Death
I shall Fear No Evil
For I am the baddest motherfucker here and y'all need to move the fuck out.
Yeah, Little known factoid, I am legally a Right Reverend.
Full on no shit skool edge-ah-muh-cated.  Masters in Comparative Religion.
Doctorate of Divinity from an accredited skool no less... not that that means shytte anymore Aye?
Yep.  Got me the shirt and T-Shirt so to speak and have officiated two full on weddings AND one funeral for a fellow veteran.  Most honored to say the least.  Best way as far as -my- take on it is the "Preacher" that Clint Eastwood played in "Pale Rider"
Yep And yes, Wifey gave me a bad buzz cut.  She fucked it up three ways to this Sunday
<Le Sigh>
Unusual for her... but lots going on, and sheeeeeeeeeeee-it.  Not like I give a fuck... it's hair.  Shit grows back.  No biggie.
Me and Gran #1: 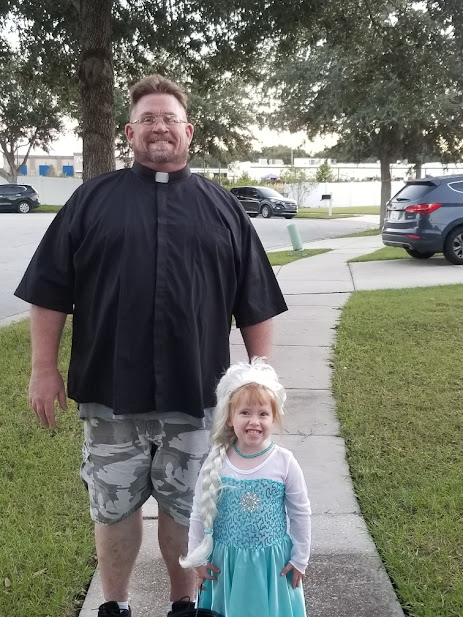 Maaaaaaaaaaaan that haircut sucks balls... prolly be bald tomorrow if I have anything to say about it...
Gran #2: 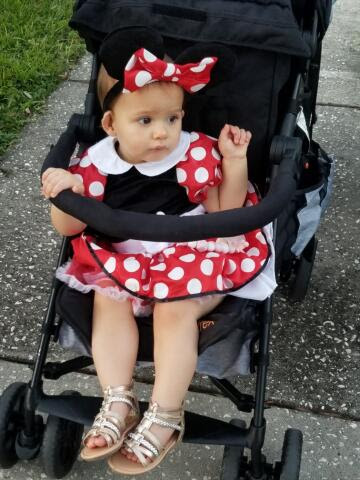 Good times had by all...
Except by my horrible haircuts.
Oh well... fuckitall pill inbound Aye?
Lil #1 Gran was Elsa for you non-Disney-Watching Savages... of course... the wig was barely staying on and it doesn't help to have a sugar rushed 3 and a half year old under aforementioned wiggage.  Fuck me we could barely keep up.  Old, Old, I'm too old, I swear.
Dumbunny was on best behavior, and best she -should be- as primarily (unbeknownst to all and sundry) I had the Poly80 9mm under the priest shirt in case of weirdness.  One never knows in ye Olde Dayz and Agez of Shytte Past Goings On Aye?
Best be judged by 12 that carried by six.
Yep.  Priest with a Piece.
Amen.
Hey, I -did- bless the rounds AND mags with holy water
I'm not a -total pagan- amiright?
Best to Bring the Very Best on Nights of Potential Weirdness.
Now, I will be striving to stop the personal dumps of private shytte here and get back to some more violent coverage of the shitshow that seems to be ongoing.  It's hard right now though as it's -such- a phenomenal shitfestivus of an assfucktivus of bullshit... I mean at this point even the Babylon Bee is close to shutting down because the truth is far more fucked up than any satire they can come up with.
THAT right there.
That's how fucked we are, so I've been more focused on my personal life, and by dint of that, y'all are along for the ride.  I might be able to crank out some more DotMil instructionals, but y'all have to tell me what you want and if it's in my wheelhouse, I'll break it down like Barny for you.  Otherwise my mind is sort of done.
It's been a few tough weeks.
I appreciate any and all support y'all have given.
We'll be talking so to speak, and hopefully keeping it weird.
More Later I Remain The Intrepid Reporter
Big Country 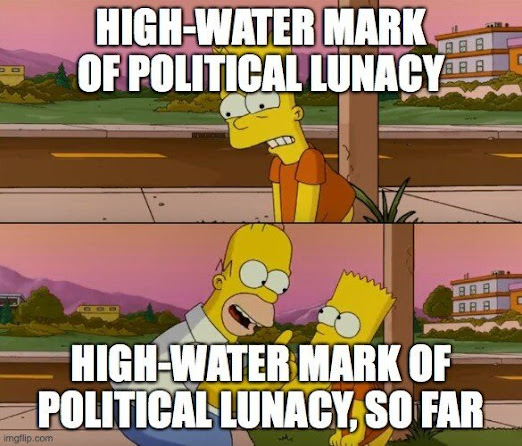 Posted by BigCountryExpat at 9:42 PM