Greetings Me Droogs N Droogettes!
Ahhhh a day of relaxation.  To a point.  Sleep was elusive as Wifey is still on mission, as she will be tonight as well.  Sapper decided I needed some 'get the fuck out of the house' and took me to see the new flick "Dune". 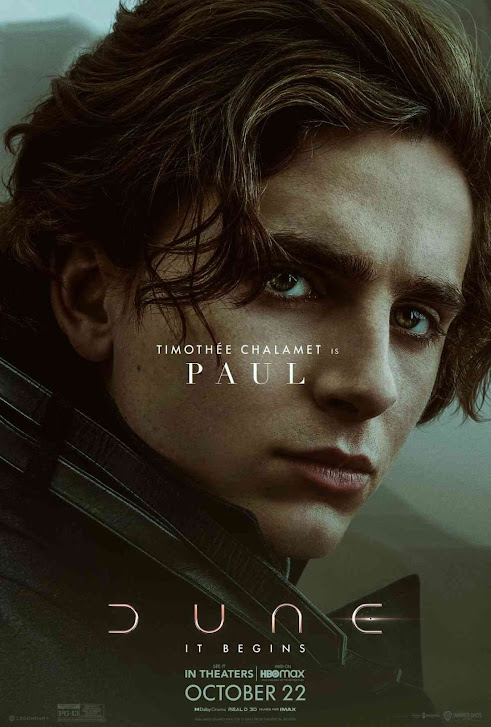 OK... so we're Sci Fi Nerds n Geeks.  Frank Herbert's masterpiece "Dune" is one of my favorite books.  I loved reading it and re-reading it on field problems as it was long, in depth and highly entertaining.  The David Lynch film, despite it's faults was in my view, no bad... a bit 'touched by the 80's' so to speak in it's presentation, and a lot of it was 'left behind' but for the time and technology of the era, a good movie.
Now this?
Wow.
Stunning visuals.
The sound in IMAX?  To be honest, a bit over the top.  I came out feeling like I'd been subjected to a danger-close artillery barrage with the base... literally my ears are -still- ringing.  The soundtrack was unreal, (might have to download it) and the whole thing was very well done.  Couple of things missing of course, not enough backstory, so if you've never read the book, you'd be "WTF was THAT all about?" or even worse "Who the hell was that and why did he betray the Duke?"  Couple of BIG plot holes to the uninitiated.
Now, the controversy on Liet Kynes, the Imperial Geologist/Planetologist and "Keeper of the Change" about them flipping gender and race.  Kynes is, in the book a white older dude who was played by Max Von Sydow in the Lynch version.  This one was played by a black chick...Sharon Duncan-Brewster... I had to google it... 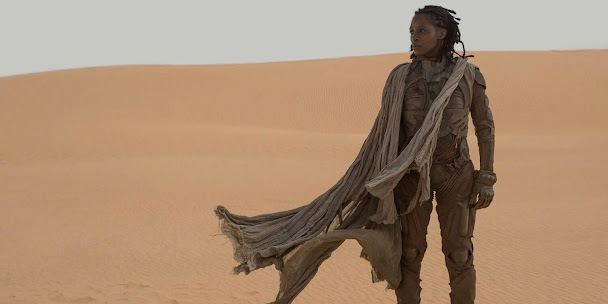 Let me tell you
She was great.  She played it straight.  Like as in I was totally believing that she IS Liet Kynes.  Deserves a best supporting IMO.  They didn't do any 'super-stronk female lesbian wahmans' bullshit... she was a really good character, and played it out -perfectly-.  I mean nothing in the book specifically states that it's a whypeepo dood, and man, in this case, Ms. Duncan Brewster deserves the praise she's gonna get.  I'm all about the purity of the story line... and she kept it pitch-perfect.
Only one scene left me with a "Holy Shit!" nightmare-fuel, and that was the scene on Salusa Secundis when the Baron's rep is recruiting the Sarduakar for the fight... it looks like your basic "Pre-Combat" harangue, and the troops on one knee getting some weird assed blessing of Blood, and there's this really creepy TechnoTalking Motherfucker on what looks like a pulpit... the camera pans back, and they show what appears to be a a HUGE pile of dudes, crucified upside down, getting their throats slit, and the blood collecting in rivers for this pre-combat 'blessing'... veeeeerrrry creepy scene.  Both Sapper and me looked at each other and were like "Dude THAT right there is seriously fucked up!"
So yeah, I only think IF you see it, go and drop the extra $$$ for the IMAX experience.  The small screen won't do it justice.  So I'll get with y'all more later.  I got to figure out dinner...
More Later I Remain The Intrepid Reporter
Big Country 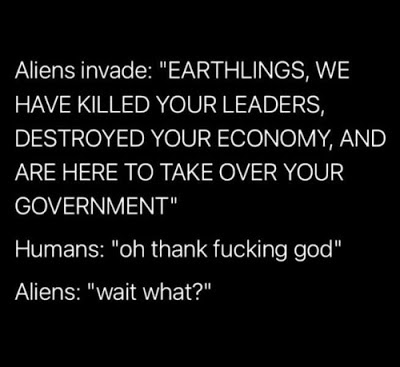 Posted by BigCountryExpat at 4:38 PM