Greetings Me Droogs N Droogettes!
Maaan... note to self:  I am entirely too white to be out in the Florida Sun without sunscreen.  Got a bit roasty-toasty today at the Range.  Had a meetup with The infamous Borepatch (https://borepatch.blogspot.com/) who on the reg organizes the mid-to-south Florida Blogshoot.
Every six months or so, we were doing it, Last time was sort of a sad time as Miguel from gunfreezone.net moved to waaay up yonder to Tennessee.  So, this 'un here wasn't a per-se Blogshoot, as much as just two bros and their old ladies getting together to bust caps.  Borepatch's significant other, A.K.A The Queen of the World was there, and most unfortunately, Wifey couldn't make it.
Because DumBunny we've found can't be trusted to stay home at Mi Casa and do the right thing.
So, Wifey got stuck on babysitting duty which has pissed me off to no end.  Fucking unreal... DumBunny is one of the most self-entitled fucking To The Letter Definition of a Fucking Millennial.  Like the polar opposite of Spawn.  Man... I'm not going to rant, but needless to say ALL the good, de-stressing that I did breaking in the firepower is oot the fucking window the second I walk in the door.
Time to sell -everything- and move to Costa I'm thinking.
Whhhhhhhhhhhooooooooooooo-saaaaaaaaaaaaaaaaaaaaaa....
OK:  So, unfortunately not a lot of pictures as we were a bit to busy pulling triggers.  I did get one of 'Patch throwing from his OMFG Beauty of an AR: 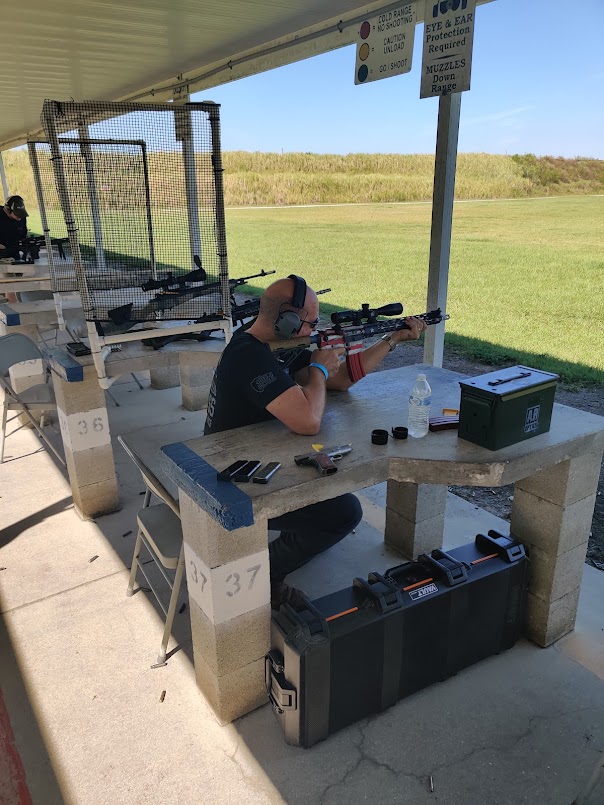 Team America FUCK YEAH!
I personally think he should get that put on the side... but
He was working on getting on paper with a new scope while I was in 'new test of the M1A' which you can see on the table behind him, on the bipod.  I also worked in the AR-10 with the Russian Dragunov scope I told y'all about waaays back.
OK:  The M1A:  Thank you Springfield for restoring my faith in you.  FLAWLESS except for three 'soft strike' on some Tula Russian Ammo.  Now for that matter, they weren't soft strike but them damned hard-assed rooskie primers... total of 5 rounds out of 40 had to be re-run through for a second attempt as they just were HARD Aye?  NO issues on the M1A and the National Match sights/barrel combo are a tack driving dream, leastways when I wasn't shaking with 'deer fever'.  Rounds were for the most part in a 4-5 inch group which for me and my shakes ain't bad.  That was at the 100 Yard shooting distance.  Respectable but I'm way the fuck out of practice.  In fact by a few months ago price standards, I was joking with Patch that we'd pretty much shot a mortgage payment's worth of Boolits today between the 4 of us.
Now:  The AR-10 Dragunov Scope Combination.
Zeroed here at the house with a laser boresite to 'rough gage' the scope aiming point and mount.  Did a quick three rounds at 100 to confirm, dialed in the scope... which by the way was a stone bitch.  The knobs on the scope?  In Cyrillic Rooskie.  Couldn't tell if something was "Up" "Left" or "Right" and "Down"... I had to do 3, adjust, do 3, re-adjust and THEN I was in the right center mass grouping. 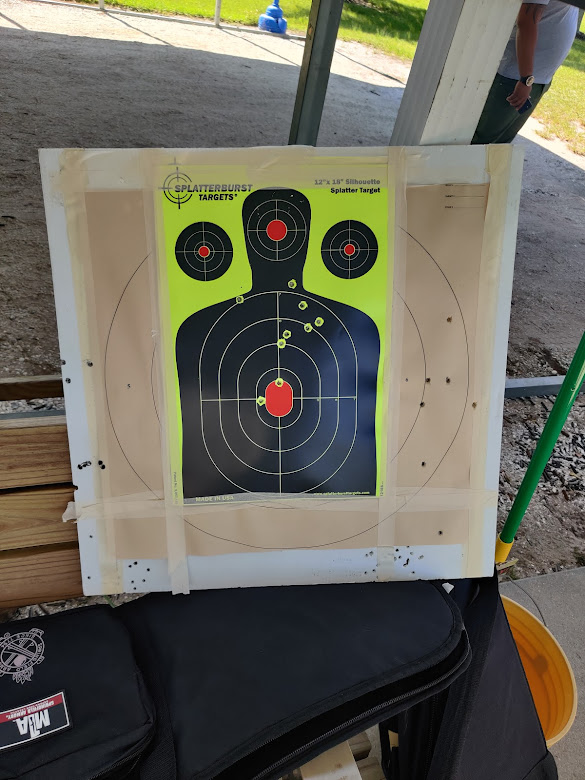 3 sets of 3 rounds.
I walked them from top to bottom, with the last round being a 'flyer' up on the top left... jerked the trigger... 'cos I got excited as fuck to see the two damned-near center mass.

Not bad for a blind Shakes-the-Clown Motherfucker.

Now, the Dragunov Scope... whoooo wee!  I need ANOTHER one.  It's incredibly well-matched to the AR-10 platform.  Fucking a dream-scope-rifle combo.  Mind you that target to MY blind ass was barely visible to me at 100 years.  The eye relief is great, and I think Borepatch is going to get one for HIS rifle.  When I explained the 'how it works' he was muy impressed.  For those who don't remember, the reticle is this: 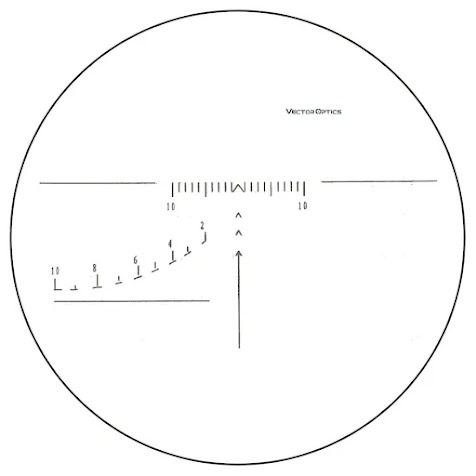 The sloped scale on the left?  It's for estimating target distance.  It works thusly: 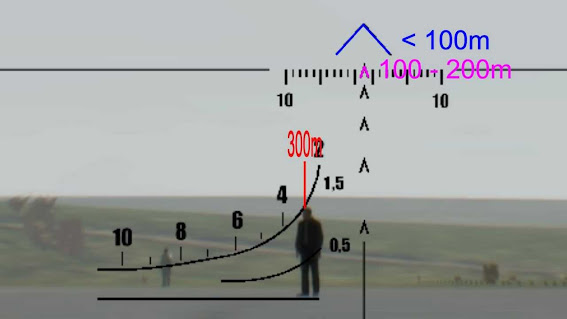 The stadia lines on the top are to adjust for movement/lead.  The middle hash marks on the up/down axis are for ranging the round impact.  Like I said hella cool and fucking need another one.
As Aesop is fond of saying, One is None Aye?
Ivan makes great optics.
Sold out currently but HIGHLY Recommend: https://ivantactical.com/shop/weapon-accessories/sights-and-scopes/npz-po-6x36-01p-1000m-rangefinder-picatinny-rail-qd-scope/
So, went to a dive bar for a beer.  Was nice. 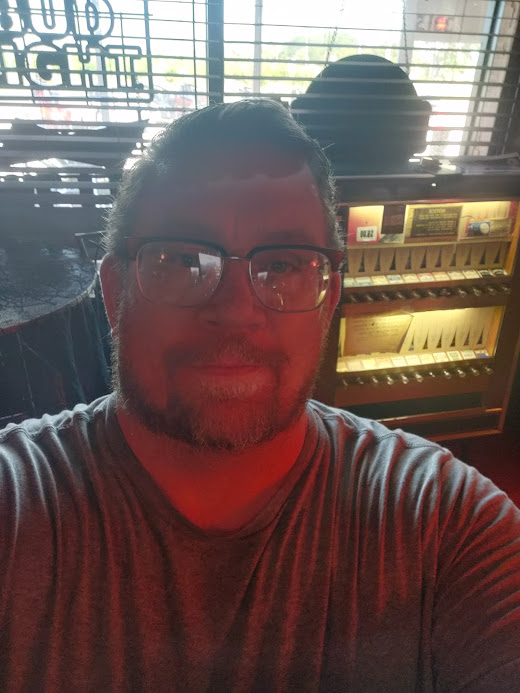 And yep.  That is an honest to God functional Cigarette Machine.  Right out of the olde daze gone by.  Outlaw Biker Bar with Outlawed Cigarette Machine?  Fucking coolio.
Place -did- reek of cigs tho, only drawback that I could tell.  Only because I quit smoking two years ago after like 30 years of it...
Annnnnnnnnnnnnnnnnnd came home to a shitfestivus of fuckitude
and
OMFG Please I do not need this.
If I 'drop off' the Net, it's 'cos I either stroked the fuck out
OR
I done kil't everyone
Might have to flip a coin on that.  Right now I'm leaning towards telling Sapper to get the plastic tarps, duct tape and shovel.
I. Am. Too. Old. For. This. Shit.
Annnnnnnnnnnd the BP: 189 over 127.... Might have to relax a bit
Ya Thiiiiiink?
More Later I Remain The Intrepid Reporter
Big Country 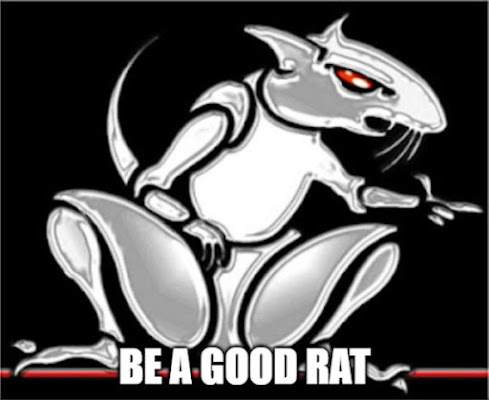 Posted by BigCountryExpat at 5:10 PM