Zen and the Art of Political Insurrection

Greetings Me Droogs N Droogettes!
So the past few days around the La Casa de Gran Pais (thank you to Carmen, our new Spanish neighbor) things have been a might -hectic- AF.  Work, boozing (too much) and focus and comms with LOTS of folks about the Solidary concept/movement. 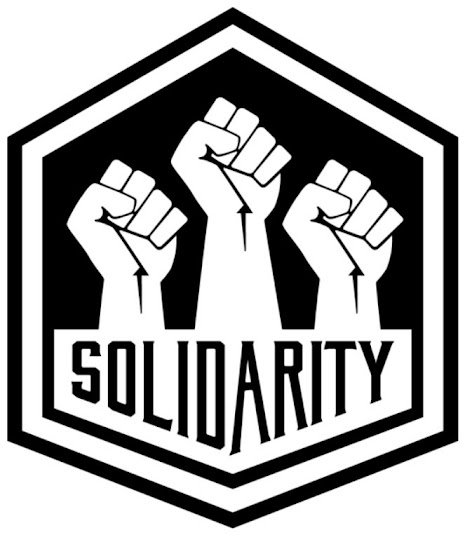 So much so that I had my usual meeting with my P-Shrink who told me flat out that I needed to 're-center' like I did back when my life first spun out of control when the divorce first kicked off.
Which is part and parcel of the problem(s) we all are apparently having.
Lots of -stressors-
Too much information
So much to do
So little time
All of which tend to 'put the spin' on ye olde mental a bit too much.  And it's apparent out there in the bleggosphere.  Lots of frustration at having ye olde hands tied so to speak.  We've been pretty well rooked and rounded up.  It was the classic "pig trap".  And we fell for it.  The majority of us have too much to lose, and don't want to necessarily rock the boat.  For those unfamiliar with the "Pig Trap" the blegg 'Taxicab Depression' (who unfortunately disappeared/ended in 2018.. dude was brilliant).  His story, MOR pertinent NOW than ever before: https://taxicabdepressions.com/?p=1193
And from that, in AUGUST of 2014 He wrote:

“These people are playing with matches… I don’t think they understand the scope and scale of the wildfire they are flirting with. They are fucking around with a civil war that could last a decade and cause millions of deaths… and the sad truth is that 95% of the problems we have in this country could be solved tomorrow, by noon… simply by dragging 100 people out in the street and shooting them in the fucking head.”

That... right there, from one of his passengers, a 22 year Marine Corp Officer (retired).  Since then?  5 years later, with retrospect, it's a damned shame no one stepped up and took those shots.
So, the pig trap was used to gain our trust.  Erected slowly over time... we didn't even realize it.  So, now?  We're at square one.  Hopefully we can do something.  I already (much tot he annoyance of HR) changed the W-4.  One small step Aye?
But, I've been getting stressed.  So, I'm re-centering.  Re-reading my books on Shinto and Zen.  Great books... I've always had a fascination with Japan, the country, the group/individualist way of life, the sense of Duty, Honor... being a soldier one can't help but have an affinity for it all.  By no means do I go full retard on it, but the meditation, incense and whatnot, well, it helped me in the darkest days I had.  Not to disparage my Catholic roots, but when I went down to the Church, they were z-e-r-o help.  I had to self-discover what worked for me.  The whole 'praying to Jehovah/Jesus' didn't give me the mellow in the head and heart.  I know a lot of y'all tell me to go the whole 'Christianity route' and hey, if'n it works for you, great.  My faith sort of got really -hit- when it came out the Priest who married me go-around #1 turned out to be a prolific kid-diddler.  That really bothered the fuck out of me.  Especially since he literally put me through fiery hoops to get married in the Catholic Church.  Fucker caused me so much heartburn I almost backed out.  It took the 3 Corps Command-Chaplain (who was a Bishop) to crush this fuckers nuts and stop fucking around with me.  Pre-cana classes... all this shit... I'm fucking deployed you asshole.

So, then as we were getting ready to have the Baptism of Spawn #2, gee, all of a sudden, out comes Father Creepy getting perp-walked out of our church.  Yep.  Game over man.  Then we tried to re-connect here with the Church in the Tampa Area, but after the third time the collections baskets went around?  Three times?  "One for the church, One for 'missions' and one for 'the poor'" which none of which I ever saw going around, and then the Missions?  Always seemed to be going to Costa Rica... hmmmn funny that, 'cos NOW I had some experience with that Area of Operations, and knew that these 'missions' were member-financed vacations for the 'Elders' and the fams and Priests...  Bastards.  The -absolute- finisher was when they started handing it out for a 4th time!  To build a new church...
So I'm re-centering on my own in my own way.  I'm just going to try and de-stress.  I also got good news today in the form of a Medication showing up from the VA.  I've been trying to lose weight for years, but the health issues, flat out, I need an 'assist' and to get that assist I had to AGAIN jump through the fiery hoops the put in front of me.  not sure where the myth of the VA being 'fast and loose' with the scripts.... what a bunch of shytte that is.  Takes me months, if not years to -prove- I need the shit that I need.  In this case, it's been an 8 month slog.  Dieticians, "MOVE" program (an exercise and diet program) all sorts of stuff.  They, again finally admitted defeat and 'scripted me the meds I already knew I needed.  I mean sheesh... I know me own carcass better than some witch-doctor knows it... been riding in this meat-sack for 50+ years and am pretty familiar with the handling and feeding of it.  Back in Iraq when I lost ALL sorts of crazy weight, the assist was Phentermine.  I could get it in the Middle East, no script.  Helped out immensely.  Kept it off too, up until the X started intentionally sabotaging me, but anywho, time to get back on the full diet train now.  Which is part of my centering plan.
I want to get back to lean and mean, sooner rather than later, and getting my Zen Back is going to help out quite a bit if I have any say in it.

The Daily Lama on Blab  is fantastic for his memes and Zen appropriate approaches to the scamdemic.  From my understanding the guy lives in Kyoto, and is an American Expat there.  he's got a lot of good stuff, and his simplistic graphics which are great.
What I'm trying to get across in my meandering way is that you need to find your center
Being willy-nilly spread all over the place keeps you from being able to focus and prioritize.  Make sure you center, as it's going to be necessary.  Make a list.  Plan to do at least ONE critical thing a week.  And then, One Critical, and THREE necessary items.  Don't overdo it.  Start off with the one.  Set the goal, and work on it.  Literally give yourself the time to plan and execute, and then get it done.  Be timely.  Insure you get it done.  Set the expectation, and even go as far as to plan a reward for the work.
Good dog, here's a biscuit.
Everyone can keep harping on "PT! PT! PT!" or "Buy MOR gear/food/stockpile! stockpile! stockpile!"... "Practice your shew'tin!!!"  All the usual 'getting ready for a shit-hitting-the-fan' scenario...   These are all valid points... completely legit, and Yeah, you need to do that.
BUT
Don't forget the brain man.
Take time to coddle the grey matter.
Redlining mentally 24-7 is going to fry you faster than anything else.
Me?  This weekend I'ma unplugging, and headed to a Spring to go tubing down a river with Wifey.
Should be good to recharge.
It's a critical necessity that you NEED to include in your daily operations.
Head on A Swivel
Be the Gray Man
Solidarity Now
More Later I Remain The Intrepid Reporter
Big Country 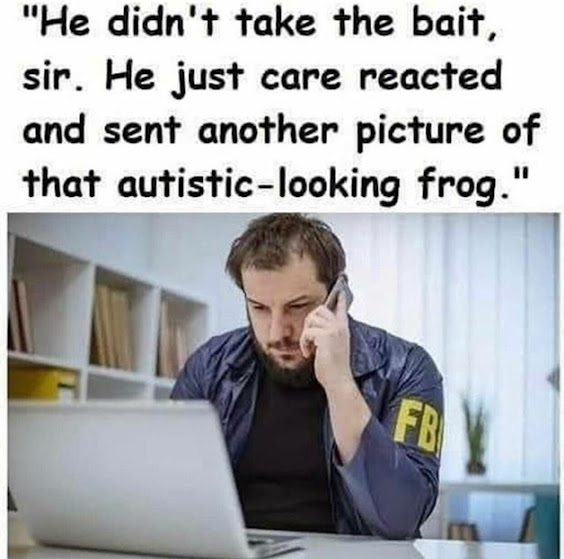 Posted by BigCountryExpat at 2:13 PM