Where's an Airstrike When You Need One?

Greetings Me Droogs N Droogettes!
So, seems Customs and Border has had the FAA shut down the airspace in Texas over by that bridge in Del Rio.  You know, that huge assed long bridge that they turned into an illegal camp? 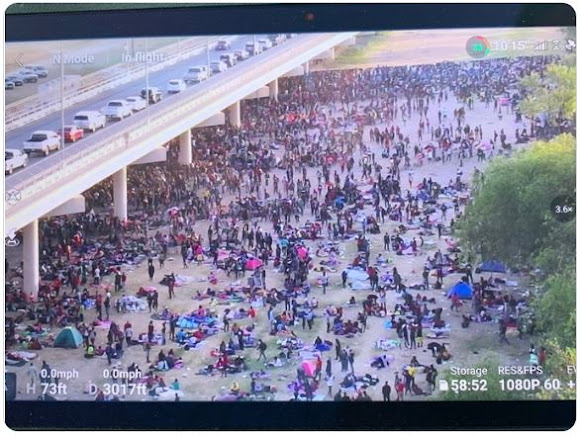 Claiming a TFR (Temporary Flight Restriction) for two weeks, they say it's because of ‘special security reasons' that they were implemented.  Yet for the past two to three months, it ain't been no thang so to speak.  I'd have to say it's more of an issue of managing 'optics' than anything else.  Seems the Haitians are showing up in hordes...  guess that earthquake made 'em decide to take a shot at the land of the Big PX.
Me?  Man, if I had the resources?  I'd have a pair of planes fly over and drop a combo of cluster munitions and napalm.  And yeah... women and children?  They are not automatically allowed here despite what the fucktards say.  I'd blow 'em to hell and gone, and burn the remains with the napalm.
Double Plus Good Points if the Administration had Heels-up on a junket there at the time.
Reminds me of that little song from the Army:
(sung to the tune: 'Jesus Loves the Little Children')
Napalm Sticks to Little Children
All the Children of the World
Red or Yellow
Black or White
Watch the Little Fucks Ignite
Napalm Sticks to all the Children of the Woooooorld
Yeah... back in the Old Army we could get away with that while marching.  Sort of like our twisted version of "(Walking in a) Winter Wonderland", we turned it into "(Walking in a) Sniper's Wonderland"

People scream
Are you listening?
In the lane
Blood is glistening
It’s a horrible sight
They’re dying tonight
Walking in a sniper’s wonderland

Killed and slain are the bluebirds
Hunted down are the nerds
He screams “This is wrong!”
And we say so long
Walking in a sniper’s wonderland

Walking in a sniper’s wonderland
Walking in a sniper’s wonderland
Ahhh the true holiday hits... Warms the blackened embers of my cold, dead heart.  And yeah, what do you expect?  I was in the INFANTRY and the RAKKASANS.  You do not want to fuck with either.  In fact, those seem to be the main group of guys who're straining at the leash right now.  OMFG... I mod on one of the Fecesbook groups for the Rakks... the amount of warning them about FedPoasting?  I mean these are guys I -know- who're doing it, and no, they ain't glowies... these are rabid patriots.. like really rabid...I have NOT seen a set of veterans out there who are soooooooooo ready to rally up, squeeze into the body armor...
Highly accurate and funny
BUT
We may be old, fat, slower but man, every single one of us was trained to the point where, from what I can tell, ALL of us kept our skills up.  PT?  Not so much, mostly due to injuries, but the majority of us?  Still experts in dealing Death and Destruction in Wholesale Lots.
WE are the veterans that they're oh so righteously worried about.
And they should be afraid.
It's all a matter of time.
Woe betide them dumb motherfuckers who think that there is no 'breaking point'
There is one, they just haven't hit that particular point yet.
YET
So, last day of training supposedly.  I'm juuuuuuust like 'meh' and yeah, bills get paid today Yay!  It's aboot damned time that I saw a paycheck Aye?  Been since what?  End of June?  With no unemployment?  Whatever.  Thanks to y'all and some other things, to include Wifey working her ass off, we stayed afloat.  Now to figure out what the Immediate Needs that have to be done (water/power/internet... which is critical, the 'net that is, 'cos that's how I earn my shekels) then, I have to do the 'minimum pay' to what few credit cards I have, THEN figure out the food budget yadda yadda...  Jeez
Adulting: 0/10, would NOT recommend... blows goats.
But, it's gotta be done
Add on, GranBebe?  Yeeeeeeeeah... shit... she didn't fall asleep until midnight... wound like a top for some reason, and then she woke at 0300, and then she went back down, and was up at 0700 and running full speed.  I just had to threaten harsh punishments if she didn't nap right now... take the diaper off (working on potty training still) and skin that ass up... <Le Sigh>  Makes one tired-er.
So More Later, I Remain The Intrepid Reporter
Big Country 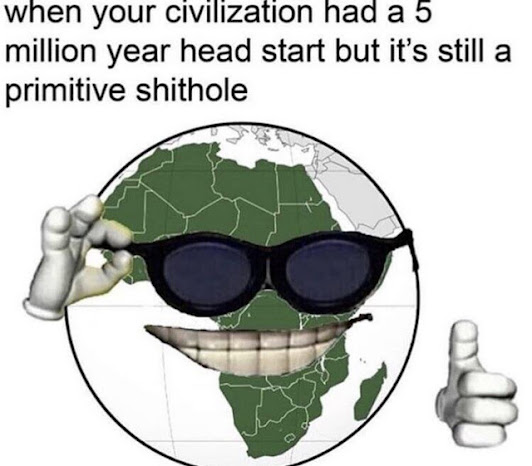