Greetings Me Droogs N Droogettes!
0400, and man, waking up with a vague hangover, and a feeling of the creeping horrors.  Don't know if it's the brain overloading, the constant flow of information and intel... I know last night, much to Wifey's disapproval I got flat out sloshed in a vain hope to rinse the memories and thoughts of the day outta me brain.
Talked with Mike and Phil before I got too fucked up and we compared notes.  The Solidarity thing seems like it might be the way to go, but, it'll take a LOT of people doing the "Fuck Off/Walk Off" to make it a success.  Spent some time with Sapper bouncing some ideas, and one of them, and this was, a no shit GMTA moment, The Grey Man emailed me the same Idea that we were cogitating on.
Now, this idea CAN be implemented.  BUT it's going to take a metric fuckton of balls and People to pull it off.  A -smidgen- of folks ain't going to do it.  And I have -no idea- how we can get the ball rolling nationally so to speak.  Hell, even at my best I only get about 20K pings here on my best day.  And it's legal to do.  So, if'n your a regular here, and you got your own blegg, and like the idea, repoast or relink if'n would.  Thankee Kindly
That is simply Evvabody out there head down to HR this week, and re-file your W-4 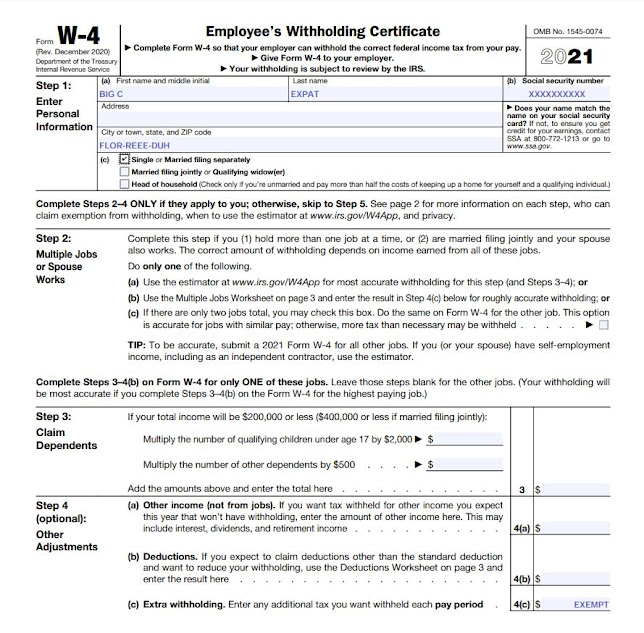 On the new form, write the word "EXEMPT" on Line 4(c).
That's it.
Read my lips: No new tax money out of your paycheck.

Now, I ain't no Tax Lawyer nor do I pretend to know the intricacies of the Tax Code by any means.
The W-4 itself sez: 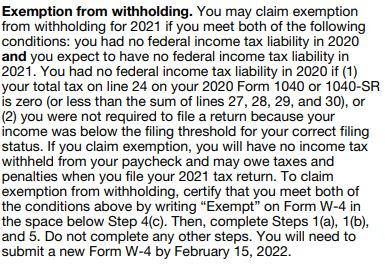 Far as I'm concerned, if they ask me (or you) UNDER OATH of "Why" did you refile your W-4, you can tell them you 'expected' you wouldn't owe any taxes, So sorry 'bout that, My Bad!
Now reality?  You'll have to figure out how to 'hold on' to your tax monies so to speak.  Because once you file exempt, the DotGov will stop taking out the income tax $$$.  Understanding this, YOU WILL STILL BE LIABLE FOR THAT TAX $$$ AT THE END OF THE YEAR HOWEVER.
What -I- and -I- is thinking though, is right now the DotGov is running on some very lean fumes so to speak.  Like razor-thin operating costs.  Now, this approach does a couple of things.  One is that this cuts off the every-two-weeks mudsucking of cash from peoples payroll... shuts down the FedGov Grift of insta-cash.  Second, the absolute flooding of the 'supposedly understaffed' cretins at the DotIRS would go into catastrophic meltdown mode.
Think aboot it for a moment Aye?
Say eighty million people suddenly shut off the money from the DotGov.

MOR would be better
Not being a Tax lawyer as I said, but I don't think they can do anything except maybe shit in their pants in a massive fashion.  BUT it'd take a massive undertaking.  Now, IF and only IF enough people do it, Leviathan would go apeshit.  However, this's something that in my twisted mind tells me is a surefire way to instantly starve the beast.  Changing the tax code or rules takes a literal Act of Congress (I think)
Now if it doesn't work, make sure you save at least 20% out of your check "for the 'Big Guy' 'cos sure as hell the IRS is definitely going to come looking for it's bux eventually.

That being said, this may be one serious spanner we can legally throw in the Gears of the DotGov
Your Thoughts?
More Later, I'ma Try to go back to bed.
I Remain the Intrepid Reporter
Big Country 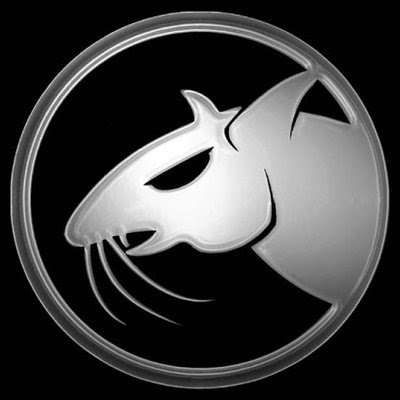 Posted by BigCountryExpat at 7:09 AM