Greetings Me Droogs N Droogettes!
Man, Most of you know I'm the cook up 'round here in these parts.  Love me some Wifey, but the cooking leaves something to be desired.  Don't know who originally said it, Dangerfield I believe, but "How can toast have bones?"  What's even more humorous was I googled that phrase looking for some memeage, it actually came up with recibes for Big Spanish Oxen Toasted Bones (the marrow being the edible part apparently.)  Unexpected Aye?
But, last night >something< misfired badly.  I made a pretty elaborate dish.  Dug out a magnificent pound and a half bone-in Ribeye, did the 'double baked' stuffed potatoes and farm fresh corn on the cob... that was for Sapper and Wifey.  In my old age, unless the meat is 'ground' (i.e. patties, snausages, or super thinly cut like paper thin pieces) I can't digest it very well.  I got some sort of intestinal thing... seems I got 'pouches' in my intestine... diverticulosis is what it's called, and food gets 'trapped' in them, which leads to inflammation AND inflation, where I look like I'm 8 months into a pregnancy.  So no more hard-to-digest steaks for me, unless I cut it up into baby sized bites, and chew the hell out of them 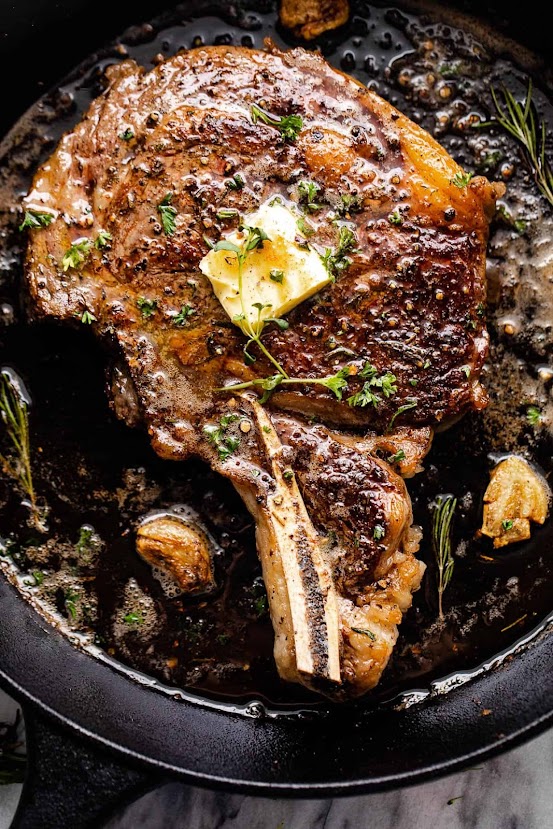 And yeah, I generally don't 'do' the foodie-picture thing, but the one I cooked last night DID look like that.  The taters were big assed russets, baked for an hour and a half in the toaster over at 450.  Then I pulled 'em, let them cool 1/2way, then cut them in two, and scraped out the 'canoe' so to speak.  The filling I put in a bowl, and combined a touch of garlic powder, diced bacon, a dash (1 tablespoon) of sour cream, salt n'pepper to taste, and a cup of cheddar jack shredded cheese.  Mixed it all together to a nice, cheesy-bacon mashed tater, and then re-stuffed the hollowed out potatoes.  Final touch was a double-fingerful of cheese over the top of each one, and a garnish of MOR chopped bacon.  Then did the oven (needed the oven 'cos the now-six taters wouldn't fit in the toaster oven) at 400, and rebaqked them til brown and cheese melted.  OMFG.
Good stuff.
MY sorry butt?  I had Italian sausages.
Note to self:  Never, ever buy them when they're on sale... I though I was getting a bargain.  Instead, I got sick as a dog.  It -had- to be the snausages.  Sapper and Wifey, them?  They're fine.  Me?

0300 this past a.m. I got the Red Alert as I was fitfully sleeping... my guts were ALL out of whack.  I made it to the bathroom, just in time to imitate a LAW rocket.  Bad stuff at both ends, simultaneously.  Went back to bed, and thankfully I'm empty... well, was... I'm currently sipping s-l-o-w-l-y on some aqua fria, and Sapper gave me an English muffin, to 'pad' all the meds Wifey dumped into me.
So haven't read the news, 'cept the story that 'vanished' mighty quick... seems here in the Tampa Area we had a guy 'flip his shit' and randomly waste an entire family...  Fucker.  a 3 month old was one of the vics, and the fucker surrendered.  Even the cops are pissed, as it happened out in Grady Judd's turf.
The Money-Quote from Grady during the presser:

"He came out with his hands up and that's why there was no further gunfire.  It would have been nice if he'd come out with a gun... if he'd given us the opportunity, we would have shot him up a lot but he didn't, because he was a coward." 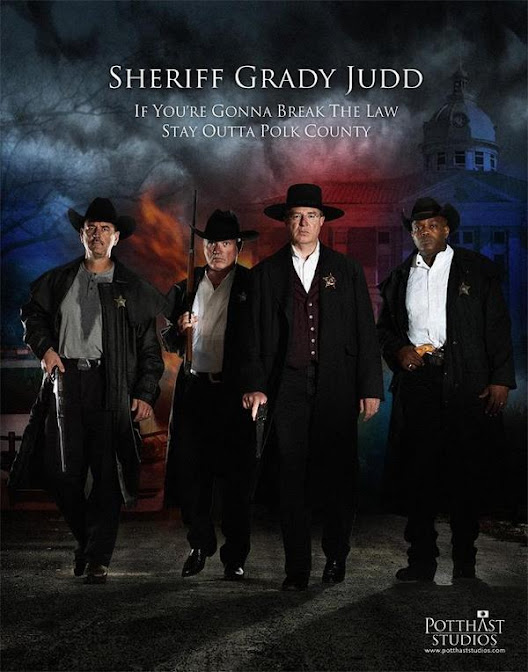 He's a bit overboard, and Divemedic got no love for him.  That being said though, people know NOT to fuck around in Polk County because of him because he will make you 'find out' so to speak.  One of my issues is that small digital scales and whatnot are currently illegal in Polk, and Spawn lives over there.  Not for nothing, but OK, yeah, they can and are used by drug dealers, but the also are used by guys like me in reloading ammo.  I much prefer the $25 digital scale than the $400 powder measurer... I don't have that sort of cash laying around Aye.
Not going to link the story though.  It's heartbreaking.
I hope they max this motherfucker out and have him 'ride the lightening'.  I mean from the sound of it, he genuinely is crazy as shit.  Guy was a Marine, has MAD PTSD, and his girlfriend said he'd recently been saying that God was talking to him.  Mix in a big ole Meth Binge and boy howdy, bad bad shit happens.
So my only concern is how the next moves are played.  This's the sort of thing that give veterans a bad name.  Especially those of us with PTSD.  I'm lucky.  Been working my way through my demons, and Wifey and even Sapper and a couple other close friends keep an eye on me and check on my mental status regularly, to include Mr. Cowboy as GranBebe calls him.  He's a damned good friend who has a functioning horse farm where he breeds some really gorgeous horses.  We take GranBebe over there for her to get her "farmer on" so to speak 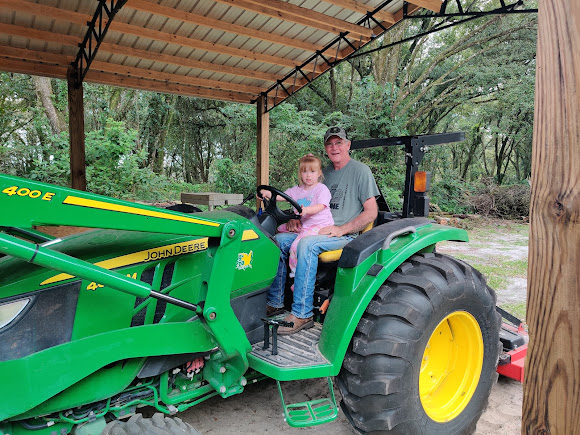 He took her for her first tractor ride last weekend.  She has a blast and loves "Mr Cowboy".
He's a regular reader here too.
So, for now, I gotta get going... what a waste of a perfectly good day...<le sigh>
More Later I Remain The Intrepid Reporter
Big Country 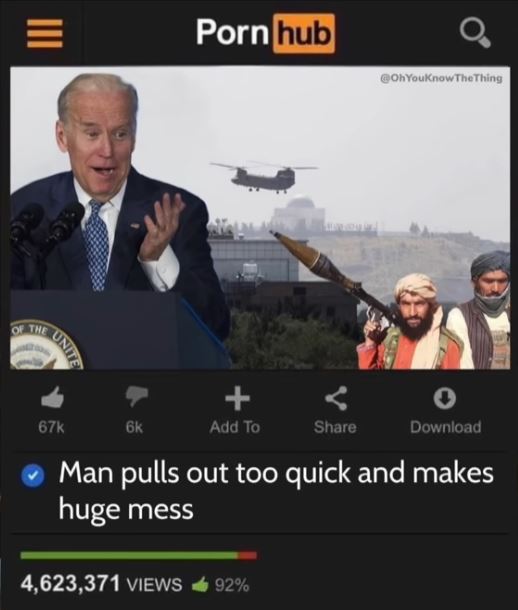 Posted by BigCountryExpat at 12:59 PM