Told Ya and Possible Mayhem?

Greetings Me Droogs N Droogettes!
Well that didn't take long.  Seems these cases were released by the local county mounties who didn't feel the need to keep their mouths shut vis-a-vis the "Xtra-Rapey" nature of our soon-to-be-Democratic Voaters/"Guests" 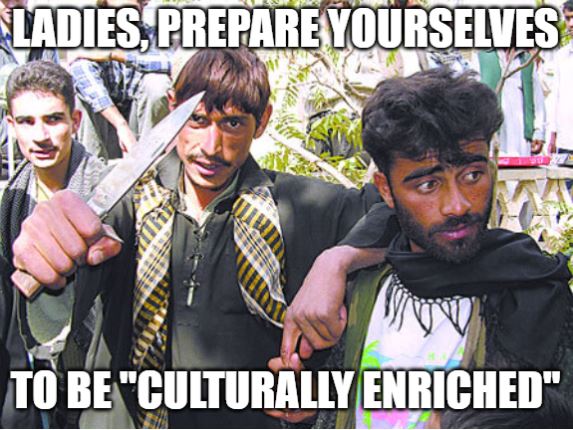 The latest outrage, leastways it would be an outrage IF the Ministry of Propaganda were to deign itself able to cover such stories, it would seem besides the attempted Gang-Rape by the "Guests" at Fort Sill, it seems that at Fort McCoy, two of the "Guests" are now in the county lockup.
The story can be found at American Greatness HERE: https://amgreatness.com/2021/09/23/two-afghan-refugees-living-at-military-base-charged-with-sex-crimes/  Seems one of these lovely folks is charged with at least three counts of sexual assault (probably rape) of a minor.  The other?  Beating and choking the shit out of his wife.  That one, meh.  That's what they do.  The only saving grace here is that the child-rapist ain't going to last none too long.  Got me a hunch the cons in county are bidding on who gets to shank him, if not the guards theyselves.

I know if -I- was a guard there, that dood would be having multiple incidents of 'falling in the shower' and 'down ten flights of stairs' until he learned to be a good hajji i.e. fucking dead.  Now also, according to the article, they overall intend, they being The Orifice of the (p)Resident, The Dementor-in-Chief, Emperor Poopypants the First, Chief Executive of the Kidsmeller Pursuivant, Good Ole Slo Xi-Den's "administration", to "settle" a 100,000 of these "culturally enriching individuals" nationwide.
Now, not for nothing, but man, considering the DotMil, at the odors (intentional spelling) of the aforementioned DotGov pre-emptively droned an innocent fambly in Affy.  So, by the pretzel logic of Clownworld, I'd think that somewhere, there's some (((lawyer))) who's money hungry enough to defend a pre-emptive strike on the Military Age Rapey-McRape Monsters that'll be shortly arriving in the various Areas of Operations nationally.
As in when the Greyhound drops them off, say, a rando-drive by hoses them down.  Or the Lutheran Mission Relocation Center were to 'suddenly and unexpectedly burn to the ground' or the houses of the people facilitating these invasions were to ALSO be burned to the ground in the middle of the night... cars tires slashed, the like.  Not that I'd ever promote such devious and malicious acts, however, going by OUR OWN GOVERNMENTS ACTIONS, I got a hunch that someone, somewhere there might be some pipehitters who don't cotton to these mooks being forcibly inserted into the peace and quiet of Smalltown USA.  That'll be interesting
Especially since now?  Seems the SEALs have decided to call it a day on the Notavaxx.  So, THAT is going to get reely reelz really quick.  Word -I- got from some of my sources (those that are left) that some of the Teams... like the entire team told the Chain of Command to fuck off and die in a fire on that shit.  As in whole groups of Shooters and Looters have decided to walk off the job.  Some of them, word is are going to go private.  Add on the what now seems like the The Orifice of the (p)Resident, wants any and all folks who're not getting the Notavaxx a dishonorable discharge.
Hoo Boy
A fucking D.D.?  Oh man, now that is a line that they don't seem to understand what that means.  A D.D. means like zero post-military bennies, in fact it's like getting a felony on the record.  In fact it's worse than a felony.  They fucking lose all veterans' benefits, and are forbidden from owning a firearm, working for the government and taking out bank loans. Often, they also lose the right to vote and accept federal assistance as a civilian.

Ab-so-loot-lee God-damned Brilliant!
This has to be the stupidest fucking plan EVER implemented by ANY and ALL DotGov and DotMil in history.  I mean Holy. Fucking. Shit.  Not only are they going to purely gut the Special Operations Community, but then after busting their asses loyally, doing the dirtiest of deed for them, to not only cashier them all, but also essentially fuck them in the ass (with ground glass and sand, sans lube) on the way out the door in the form of "criminalizing them".
Yeeeeeeeeeeeeeah.  That'll work.  I'm sure that they'll take that news with a calm, measured response.  Well, actually, the few SEALs I've interacted with?  On a good day they tend to be the sleepy-eyed bored looking dude at the back of the room, who's usually calculating how much effort it'll take to kill every one in the aforementioned room.  So, yeah, it'll be calm and measured.  But NOT in the way I think these idiots think it'll happen.  Just short of locking the SEALs up, we're talking for real no-shit trained unmerciful killers.
And by literally criminalizing "freedom of choice" and "my body, my choice" in DIRECT violation of the Nurnberg codes, whelp, In my fictional world, three SEAL Teams in concert could wreak absolute havoc in an incredibly short period of time.  Hell, a Direct Assault of the Capitol by one Team, killing as they go, and the Senate and congress hit simultaneously by another Team?  Or even a simple "decapitation strike" on the White House?  I mean these guys?  The "regular fuzz" to include even the Secret Service are not prepared to do anything other than to become "good Feds" i.e. dead as doornails IF the SEALs decide to turn them into "good Feds".  Literally there ain't no "quit" in them.  I could realistically see it.
If anything, IF the SEALs went "full retard" I could literally visualize the cops, standing on the stairs of the Capitol Building listening to the gunshots, screams, grunts, explosions, and not doing a fucking thing.  Like standing there, waiting.  Watching torrents of blood run in rivers down the marble stairs and saying to each other "I ain't paid near the fuck enough to go in there for anything."  and waiting for the noise to die down.  Then, as the noise tapers and stops, a platoon sized element of blood soaked warriors walk out the door, covered in gore, gobbets of flesh, weapons shouldered and smoking, and look at the cops and the leader says something: "Don't make us come back..." and walks off, unmolested.
When the first cop finally braves the carnage, he walks into the main rotunda of the Capitol, and finds in grim presentation, every. single. head. of most, if not all Congresscritters and Senators, various aids and hangers-on, all mounted on whatever stake that could be improvised... bodies, torn asunder, stacked allll over the sides of the room... blood ankle deep.  The media, suitably subdued after the CNN Atlanta building is subjected to the same treatment, refer to it as "The Great Cleansing" while most call it "The Harvest of 500 Heads".  The Purge 202(?) indeed.
It's make a great movie, that's for sure, IF it wasn't fucking Clownworld.
Shit like this underlines the complete and utter disconnect between the fucktards in the Orifice of the (p)Resident and the Perfumed Fat Fake and Gay Bejazzled Bemedaled Manginas in the Puzzle Palace from real fucking life.  What the fuck do they think these guys are going to do?  Roll over?
Maaaaaaaan 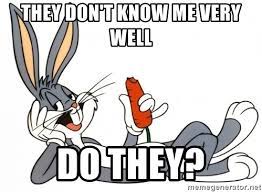 Completely and utterly clueless.
This's gonna be fun.
Pass the Popcorn Aye?
And save 10% for the Big Guy
More Later I Remain The Intrepid Reporter
Big Country

Posted by BigCountryExpat at 1:58 PM