Greetings Me Droogs N Droogettes!
Whelp, 'proof is in the email' so to speak.  The 'stoppage' in the finely-tuned privately run evacc's from Affy has been identified.  Namely the State Department apparatchiks.    I believe it was Richard Marcinko of SEAL Team 6 fame called them the "Pin-striped pus-nutted change jingling can't-cunts of State".
Seems that they're 'worried' about "proper screening and vetting" of those people, because THEY aren't approving the manifests and the people getting evacc'd.  Human Refuse and Soon-to-be-Walking Garbage State Department Spokesasshole Ned Price had this to say: "If these charters are seeking to go to a U.S. military installation, for example, we have to weigh not only the threat to those who may be on board – especially if they’re American citizens, LPRs, other Afghans to whom we have a special commitment – but also to the safety and security of State Department personnel, U.S. military personnel, Department of Homeland Security personnel, other U.S. personnel on U.S. military installations," Price said."
Faux News has the whole sordid story here:
https://www.foxnews.com/politics/state-department-afghanistan-private-rescue-flights-leaked-email
Yannow... good on them cobbers for tryna keep 'our people safe' Aye?
Uh.... aboot that:

Afghan Refugee Stopped on U.S.-Bound Flight with Explosive Materials, but Terrorism Not Suspected

Uh...oooo-k.  Yeah...
LINK: https://tennesseestar.com/2021/09/07/afghan-refugee-stopped-on-u-s-bound-flight-with-explosive-materials-but-terrorism-not-suspected/
It's getting out there, but the story has definitely been buried of 'page six' so to speak, by those Ministry of Propaganda Organs that even deigned to talk about the event... The reason for that?  Well, apparently Augie-the-Affy-Ganny, who -somehow- made it OUT of Kabul on one of the 'highly vetted evacuee flights' that State did approve of (a DotMil flight it seems).
Seems that dude made it to Germany, and was headed here to the States, Land of Milk, Honey, and Infidel Unbelievers.  The baggage screener, Herman the German, well -something- pinged about Augie, and he did a deep dive and dig on Augie's carryon.
They found:
5 Mil-Grade Blasting Caps
1 Shock Tube
1 Small roll of 'Def-Cord' (they fat-fingered it, it's DET-cord)
1 Ignitor/Initiator
Now, to those of us who've had the experience, nay the privilege of getting to play with angry play-doh and the like, that's what we'd call a fucking bomb-in-waiting.
Uhhhhhhhhhhh... OK  I literally did a google for this image with those items listed and lookie here: 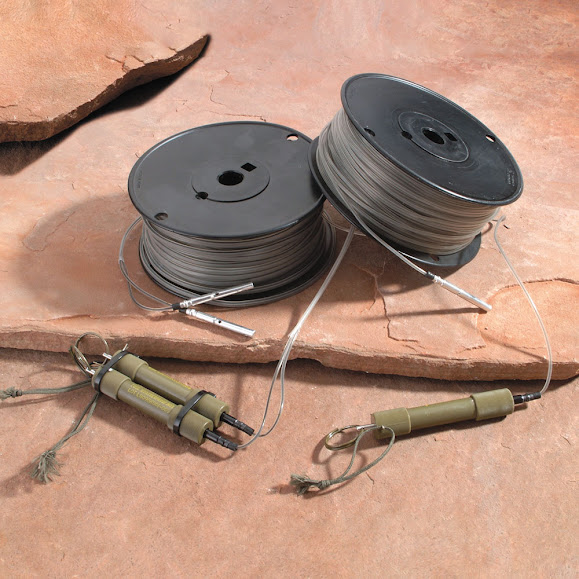 "TSA advised that during the physical search (full open) of the individuals baggage a German military member identified a suspicious item in the baggage," the TSA memo stated. The explosives were taken outside the hangar, an ordinance team was summoned and the man removed from the entry line from the flight, the memo stated."
So not even the fucking TSA (forever known as 'Thousands Standing Around'), the fucking Transportation Security Administration Goons didn't find this shit... the fucking Kraut DotMil did.
They then have the balls to state: "The incident occurred the same day Secretary of State Antony Blinken acknowledged many Afghan refugees were not fully vetted before they were evacuated from their country to U.S. bases elsewhere."
Great work there Lou... even better State Department... fan-fucking-tastic work there
>slow golf clap<
Maaaaaaaaaaaaaaaaan
And it's only noon, and I'm 'bout ready for a beer or ten after reading that.  Mainly because the reality of the evacc flights that are being privately done?  My understanding is that the people getting out?  They're known to the people running the show.  At this point, it's a LOT of Afghan Special Forces... who're going to be highly pissed at being cock-blocked by State.  ESPECIALLY if their beloved family members got left to the 'tender mercies' of the Tallybananas Kids.  Not that -reality- has any place in the DotGov...
I suppose when and IF, well... lets be realistic... we ARE talking about Afghani Military Men trained by the best of the US DotMil.  Literally hard men who're going to swear Mighty and Hard Oaths of Vengeance and Blood on those MOST responsible for this fiasco.  "You got me in a vendetta kind of mood" thing is like going to happen.  And let me tell you all, they -won't- be blaming the Tally bananas kids... to them, 'they're doing what they do'... sort of like a bear is going to shit in the woods, they understand and well, they'll swear some of that vendetta against the Taliban, but this time, they have a quantifiable and easily identifiable pile of Human Garbage in D.C. that they'll lay the majority of the blame on.
If'n I were part of State and had anything to do with this fuckup, I'd be looking to cash out the 401K, retire early, change the name and IDs and head to deep cover, 'cos these guys?   They make the Sicilian Mob, the real Mafia look like cuddly dago-kittens.  And we're bringing them here, dispossessed and pissed off.
Grab the Popcorn, this's gonna be great
More Later I Remain The Intrepid Reporter
Big Country 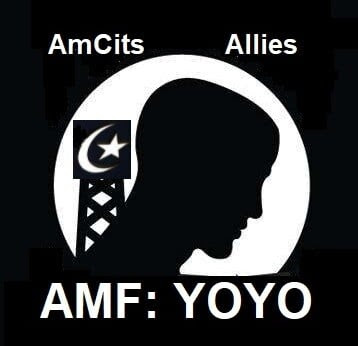 Posted by BigCountryExpat at 11:59 AM