Greetings Me Drrogs N Droogettes!
So much for a lazy Sunday. Short bitchfestivus before I get to the meat and taters of todays topic. Wifey wakes me up at 0830 on the only day I can sleep in screeching "That fucking bitch!!!" To whit, your author, known for his witty repartee, responded "Whuzzle!" and tried to cogitate a bit...
Seems she had a new client yesterday who decided to reverse the $200 that she paid for the services, but THEN went on every. single. website that Wifey advertises on, and trashed her rep.  She poasted pictures saying Wifey was incompetent,  a scammer the usual when a crazy bitch decides to go full throttle retard.  What's common with these broads is they generally are Karens who're scamming the system for a free service, and being bitchy to intimidate by trashing her out on the intahwhebz.  The pics?  She even admitted to changing and re-doing the makeup herself after the fact...  God I hate crazy bitches...  But, the good news?  Thing is, she can leave shitty reviews, but only on the website she contracted through.  She left them like everywhere.  THAT was a bridge too far.  We've won in court before on this.
That's by Florida Law Slander/Libel, 'cos this's got the potential to have Wifey lose business.
So, Hi-Ho off to court I go...
Quick Laugh before we start though to lighten the mood/load: 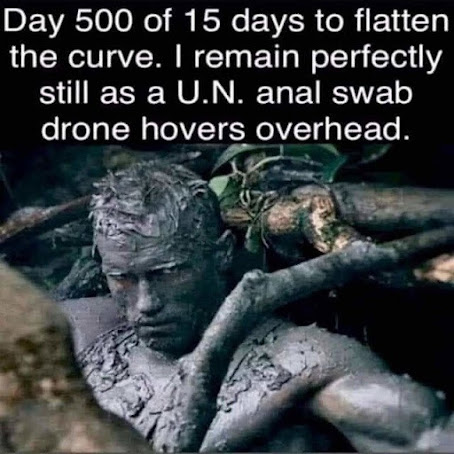 Now, for todays topic, Bear Bussjaeger has a poast, and he's far more knowing than I, about the numbers on the FDA Reveal about the Notavaxx.  It's here: http://bussjaeger.us/blog/?p=1741
Now, I ain't none too good at Maffs.  But he breaks it down so even a four-time-basic-math failure like me gets it.
The FDA conference which dropped truth-nukes and has been subsequently ignored by everyone especially the Ministry of Propaganda stated that 1 in 1000 who got the jab are going or have ALREADY developed Myocarditis. Myocarditis is defined as usually being caused by a viral infection, (the Jab apparently). A severe case can weaken the heart, which can lead to heart failure, abnormal heartbeat, and sudden death, i.e. fucking stroke and heart attack.
The only solution is a new ticker.
Now to the maffs.  He figured out that there are aboot 218,872,070 jabs delivered... that means 1 in 1000?  Yeah that's 10,535,018 “vaxxed" folks, and out of them? About 10,533 are going to possibly needing a new heart, my Ex-Nephew being one of them...
So, a lot of things to unpack.  10,533 people potentially needing new hearts.  Now reality, well the news that HAS slipped through, it seems that yeah, a LOT of people are running on borrowed time... and these 10,533 are of the young age group... the oldsters are dying as opposed to getting sick, sort of like my Ex-Father in Law who cashed in two weeks after #2.
Soooooo from a Globalist Perspective and every one has been saying

Cui Bono?
Think I figgered out the bono of that cui.  Me thinking, a most dangerous concept...
The average cost of a heart transplant in the Untied Statz is:
1.4 MILLION DOLLARS.
PER HEART!
That doesn't include allll the 'other stuff' that goes along with the post operative stuff... anti-rejection meds (huge $$$) and therapies, and lifelong maintenance on said-victim/patient.
That works out, on the baseline Bear came up with of $14,746,200,000.00 or more simply put, Fourteen Point Seven BILLION dollars in MedCorps pockets.  NOT including post-op.
Then, lets look at the 'other' unpleasant aspects.
Where you gonna find 10,000 +/- new, fresh healthy tickers?
What country supplies the majority of organs via illegal organ trafficking?
Huh... what a co-inky-dink
CHINA
Well whaddya know George?
Don't forget the 10% for the "Big Guy" I guess.  Now it makes a hell of a lot more sense.  China has zero qualms about harvesting organs... Ask the Uighurs, if you can find any outside of the Concentration Camps they have set up over there.  Big Pharma has a couple of things going for it too, as well as the DotGov and the Globalist mass murderers.
1) As they said on /pol/ on the chans, "Congratulations, you just turned you immune system into a subscription service." meaning those who -haven't yet- experienced anything bad looks like they NEED to keep taking the Notavaxx now and forever, as if they don't bad thing may happen.  Too soon to tell, but either way, the 'subscription service' business model is a winner income wise for Big Pharma
2) The future is Transplants and the Future is Now.  Expect the cost of the organs to go through the roof, and I fully expect that the FedGov will broaden the 'donation' requirement quietly... be interesting to see if that's in the Omnibus they want to pass... if so, then that's telling... something like "unless you opt out, you'll be added tot he National Organ Donation Registry" or some shytte to that affect.  However, even if they do that here? There still ain't going to be enough hearts to go around, and also, the people who got the shot?  they're going to be exempt as the 'damaged goods' they now are.  Which then means
3) China.  The Number One illegal organ trafficker in the world is now staged to really get going on the ole 'slice and dice' of them political dissidents.  Add on the ChinkVaxx is not doing the same thing as ours, i.e. damaging nor killing their population... hmmn... things that make you wonder if there was a larger plan in place?  Add on that Xinney-the-Poo is starting to rehab Moa's Cultural Revolution, and looking like he's rolling back tot he Bad Old Days where Joe Chink kil't off 22-50 million of their own, then yeah, I'd call anyone who Xinney and his neo-commies consider 'dissidents' to be 'donations on standby' there Aye?
4)  And here and anywhere else that used the Heart-clot-shot?  It's killing off the oldsters.  Which is a net win for the DotGov.  No expending massive amounts of valuable resources on dead-ender Boomers and the like.  No more paying for Med Care for them nor maintenance like Social Security.  They cash in, and the DotGovs worldwide win.  The Globalists also dig it because it's part and parcel of the Population reduction they dream of.
So, that's my theory for today
Prove me wrong
More Later I Remain The Intrepid Reporter
Big Country 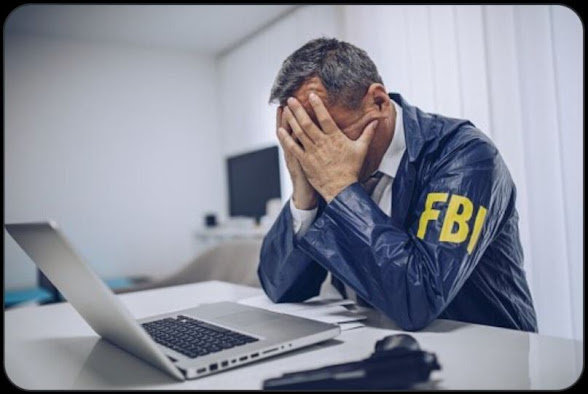 Posted by BigCountryExpat at 12:26 PM