Привет Me Droogs N Droogettes!
Yep... we're looking a bit 'rooskie' here in the near future, so I thought it appropriate to use the old Google Translate to throw it out there.  The title of this here Blegg is "Command Economy" which is what I think we're headed full bore into.  Lots of indicators and people putting 'stuff' out there... lots of threads which depending on how one 'weaves' leads to some potentially unsettling conclusions.  Like "Zimbabwe and Venezuelan" levels of shit... 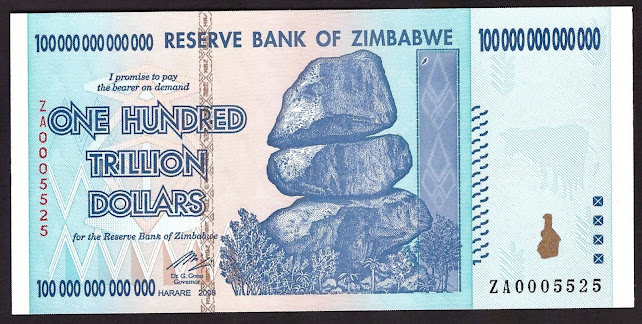 That's some "Dr. Evil" levels of stupid right there Aye?
But they did print them.  And people say "But Big Country, it can never happen here in the Untied Statz!  We're the reserve currency of the world!"  To which I say "Yep...for now."  Much like the "The Ceausescu Moment" as I'm going to refer to as from now on, as the Zen would identify it as 'something is something, until it is not.'  (Yeah... loving my new studies)
Currently  since 2019, there are 192 countries with exchange rate agreements, and 38 of those have exchange rate agreements with the United States. Of those 38 nations, 14 have currencies pegged to the USD.  'Pegged' unlike the loathsome Cara Delevigne’s Met Gala thing... (I unfortunately saw that shit plastered like everywhere...'Peg the Patriarchy'... hey you stupid whore, you are the Patriarchy by dint of your lineage)  Anyways, sorry Uber-rich assholes shitting on 'normie 'Murica' pisses me off... So to contine, pegged means thhat the rate of the exchange between the USD and the one I'm most familiar with is the KWD or Kuwaiti Dinar.... when I was there in 2006, it was ONE KWD equaled $3.40 +/-.  Reason their cashola is so strong?  Oil baby, straight up light, sweet, filthy crude.

Huh... howabout that?
THAT is what we got for kicking Saddam the fuck back north.  Only time it spiked was back in the height of the recession in 2008, where it shot up to $3.80 per dinar.  I fully expect to see that to climb BTW back up...  it keeps the oil flowing at a relatively fixed rate despite OPEC and fuckery.  Now, I'm NOT an economist... I just see the pieces parts that supposed experts have out there and what I've experienced.  I mean I -almost- took a bath on the Iraqi Dinar... I know some folks who purely took it fully up the ass on IRD.  IRD under Saddam had a similar exchange rate as KWD.  Then 'stupid' happened and a lot of my fellow contractors bought in on the NEW IRD.  They got taken to the cleaners... What a glorious grift right there Aye?  I -only- invested $200 in the shit, and dumped it and actually made like a $25 profit at the time.  Now?  Shitpaper man... the dollar is king still there.
So, point being, in a recent interview out there, Eric Prince formerly of Blackwater Fame, well, he was being interviewed about the goatfuck in Affy.  He was asked his opinion on things, and he in the middle of it, threw out casually, he said, “By the way, this is the end of the US dollar.”  From the article:

"Now, why is Eric Prince talking about the dollar? And he very quickly went on to say that, why do people have confidence in the dollar? Why is the dollar the leading reserve currency? Why is the dollar the leading currency for payments worldwide, not just, of course, the United States? But why is China stuck with dollars, or Russia stuck with dollars, et cetera? Why is oil price in dollars? On and on. And the answer is, military power"
Annnnnnnnd there it is.
Yep.  Thank you Hudson.
Sometimes it takes a Private to identify the problem.
Something the Brass don't understand.  They (the Brass... the real higher-higher) don't like to associate with the lower ranks 'cos the fumes from the lower-enlisted make them tarnish...  What Prince is referring to is we just got our heads metaphorically and literally handed to us by goatfuckers.
Now, what does that mean?  Means a lot more folks out there might be 'feeling the groove' and confident.  Like say, Kim Jong Un, who -just- launched some highly sophisticated ICBMs, one of them from a fucking TRAIN.... as I recall from Cold War days, when the Soviets revealed train-launched ICBMs we lost our collective shit, as you can't rally track them easily.  Well, the Norks just stuck a middle finger in the air, then horizontally, for "Fuck you, and the horse you road in on!"  Japan must have freaked, but we won't hear anything from the Ministry Of Propaganda Organs...  All is well and serene and good and righteous in the New Xio-Bi-Den Regime.
Now, one the other hand, other side of the Globe, a HUGE Chinese company China Evergrande just shit the bed.  Full on "Lehman Moment".  300 billion in a potential default.  TL:DR is that they bought a shitton on real-estate on margin and using questionable loans, built GIANT apartment complexes and whole cities on said-property (google "ghost cities in China... weird creepy stuff)  and then no one moved in.  The expectation was all them redneck (yellowneck?) farmers and country folk would pull up and move into these here big fancy cities, and populate them, work the factories and enjoy them thar new thangs like them ceeee-ment ponds and whatnot.
Reality?  The Chinese are intrinsically tied to their land.   As in you always are tied to the home village.  It's where your ancestors are buried.  Ancestor worship is HUGE in China... that can't be understated, and the new modren Chinese business model never took that into account.  Most of the modren elites spurn that stuff as backwards... which is also why Xi Jingping is cracking down on the modren side of Chinese life... no more allowing western corrupting influences...  but anyway, this place Evergrande took a giant shit on the table so to speak.  Because of this, Evergrande's liabilities involve more than 128 banks and over 121 non-banking institutions.  Which means they fall, they all fall.

And considering the Chinese economy is as Fake and Gay as ours is?  Phony Baloney Money allllll over the place, cyber "0"s and "1"s in a computer somewhere, add a few zeros, knock a few off? 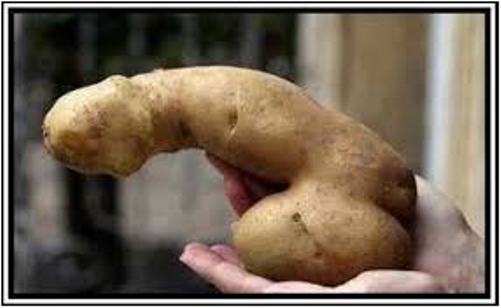 Courtesy a Reader... I can't Meme on Perfection....
Posted by BigCountryExpat at 2:27 PM