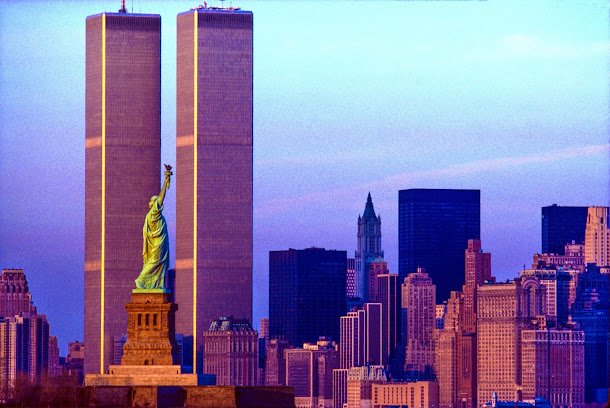 Box: Checked.
Yeah, not to be cold or anything, but my reaction is a big fat whatever.  Yeah, 4000 +/- Civvies died.  Welcome to real-life.  This's a drop-in-the-bucket of blood that's headed our way, which more than likely AGAIN by our own DotGov.  Not for nothing, but there's just too many questions on 9-11, there's faaar too many loose ends, and the more people try to look at 'things' and 'discrepancies' about that particular day, the murkier and more fucked up things are.

I remember that we've never gotten a straight answer to the plethora o'questions.
So, my thoughts are it's just another insult in a long list of them inflicted on an unknowing, willfully ignorant population of sheep that our 'better's have deigned disposable at their whims.  Unfortunate, but hey, it is what it is.  I for one don't intend to be on that particular list for their next go around.
What is tickling my mind is my poast from yesterday.
Since when have I become the "Voice of Reason?"

Sheeeeeeeeeeee-it.  I got hit with so many comments and re-links... my second most read poast that I can see... so far.  My thanks to you all.  Seems I was right about the general -vibe- on the intahwehbz of rage and "This means WAR!" and other such calls of "This shall not stand!!!" in response to the Committee's provocation.  Lots of extreme boardline FedPoasting going on.  Lots of lines being drawn.  And to me most interestingly TONS of comments that I moderated out of existence.
ALL of the sort that I'd say were Feds.  A bunch of them were of the silly taunting nature.  Calling me a 'coward' and a 'cuck'.  Our ole FedBoi DMV Gringo, a.k.a "Dogshit" showed up (BTW dickbag, you're perma-banned... go play in the street Fed.) and spouted off multiple times as to what a cucked out shill I am.  Takes one to know one Mister Fake and Gay Felcher.  But a bunch others were like "What's the real plan?  Who are you targeting?"
Man... the stupid.  It burns I swear.  Then this A.M. Wifey got a call from a client she had months ago... this broad, is a whore we're pretty sure.  Wifey got hired to do Hair and Makeup for a "Boudoir Shoot"... she came home and told me flat out this broad was a high-end hooker.  Well this A.M. she gets a text from the broad looking for 'documents' and if Wifey knew of where to get some?
Blocked and deleted toute-le-suite.
Don't know you, don't know what your talking aboot.  Seems she's told a couple of clients about ye olde blog here, so I'm guessing she read the poast back BEFORE the crackdown when I poasted the pics of the blank Vax Card (subsequently removed for legal reasons) and wanted a couple, since I used to have a copy.  My advice is go to the fucking DotGov web or google images.  They're out there but if you want to fuck around and find our, be my guest.  I sure as shit ain't going to play any fucking games these days.  Got me a hunch dis fookin hoor got hemmed up, and is now working for the Federales.  Sorry gang.  I'm clean.
My guess is that, and because my little history lesson on Poland was received with much acclaim.

And that above all scares the ever living shit out of Leviathan.  One of the biggest problems that r/ourguys have had is not knowing just -how- to implement a 'strikeback' without incurring the direct wrath of Leviathan.  Solidarity and it's precepts, up until now, hell, I don't think -anyone- thought of it until this last poast, hence why the instantaneous uptick in FedMail and possible 'probes' of my wire so to speak. 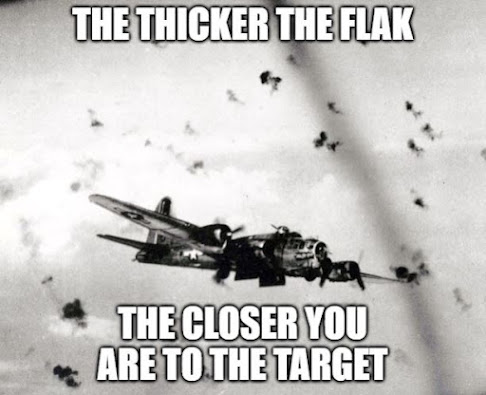 Yep.
I think I'm 'bracketing the target' a little too well.  Gandhiesque nonviolent sit-ins and shit are for the birds.  You can manage that when you have a population that is literally disposable.  When you have THAT many people, you can afford to lose a couple hunnerd here, couple hunnerd there.  Sounds cold, but even Gandhi in his bio said that it was bottomless inexhaustible numbers he had that allowed his mass-sit-ins to function.
Solidarity however hit the PTB where it hurt.  In the pocketbook.
Totally fucked up the economy, which in turn led to collapse of the bureaucratic state.  No money incoming, means no money to pay the aforementioned bureaucrats.  And believe you me, THATs who's running the show right now.  The Vindmans.  The Rices.  The minor petty functionaries.
The thoughtless mindless DotGov myrmidons got -nothing- on these fucking power hungry fucktards.  Nitzakhon (aka Red Pill Jew) linked me a vidya (BTW: per your comment?  Where was I cited?) anywho:
It's a great vidya. 22 minutes of HIGHLY recommended watching.
Pass it on to anyone you think might watch it on r/theirguys side in your family.  I sent it to MomUnit with a vain hope she -might- unplug, but I dunno.  She's stubborn as hell.
Organize.  Can't stress that enough.  Network.  Reach out.  Talk to people.  Start building acquaintances, then trust.  Meatspace when and if feasible.
And never. ever. meet and talk about -anything of importance- UNLESS you shed ALL electronic devices.  Cell phones, iWatches EVERYTHING.  Act as if you're under surveillance 24-7, because you are.  We live in a world now that only Stalin, Hitler, Mielke, and other tyrants could have dreamed of.  There are soooo many cameras.  Start looking around... you'll be amazed at how many are out there.  The streetlights in our A.O. of Tampa have them on every single stoplight line.  They're currently (supposedly) not connected.
YET.

But the very fact that they're in place tells me eventually, when they get the Panopticon running at full bore-dirty-whore mode, they'll be up and running 24-7-365, 366 on leap years.  Which is a -good- thing and a -bad- thing.  I'm of two minds.  It's the Law of Diminishing Returns, if that is applicable... not sure if it's the right terminology for this but, my theory:
Too many Cameras = Tons of Input to Process
Unless the Cameras are specific in their targeting the amount of Raw Data Input overloads the system.  Shit gets 'lost in the sauce' so to speak.  The DotMil had multiple experiences with this over the years where SO many 'Operational Immediates" went out, critical messages like the Japs pretty much declaring war on us back in December 1941 got overlooked.  Leastways thats the 'official story' and as we all know, I no longer trust anything the DotGov tells me or told me period fucking dot.
So with Data Overload, that's the key to operating 'outside'  Harry Harrison's character (a personal lifetime favorite of mine) "Slippery" Jim DiGriz, AKA "The Stainless Steel Rat" operates Far in the future, and as he said (paraphrasing from memory, so don't have a snit) "In the old days, society was far looser and freer.  The nooks and crannies were far more available to a rat living in the wainscoting of society.  In today's harder, cleaner world, it take a Stainless Steel Rat to find the cracks in the edifices of society."  That's essentially the crux.  In order to operate below the radar, we have to unleash the Stainless Steel Rat in all of ourselves.
Its time to start the Movement of Solidarity Here and Now.

I found a freebie PinClipArt of a Solidarity emblem I >really< dig.  The symbol is relatively simple, but it also 'takes the piss' symbolically speaking from r/theirguys... specifically AntiFa.  That emblem, (which I think we need to start using -everywhere- ALL the time is this: 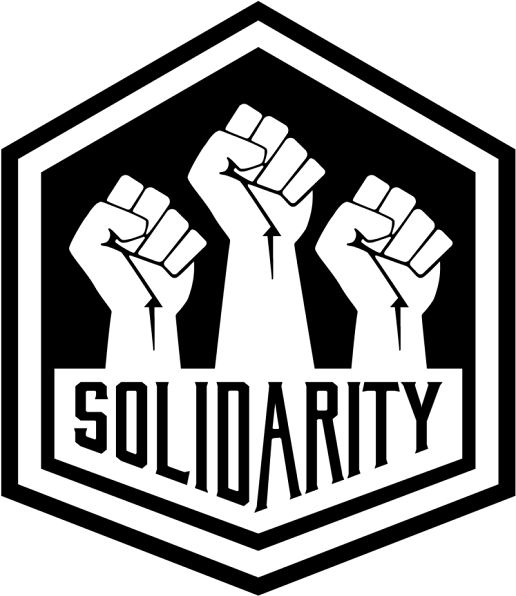 By re-taking the thrust 'power fist' from AntiFa, it undermines them and their cause.  It's also going to initially confuse the fuck out of r/theirguys until they cotton on.  They'll initially thing "Oh, a new emblem..." and the lack of knowledge and education, nevermind the complete lack of self awareness, it's going to mindfuck them nicely IMO.
Solidarity Now Aye?
Lest it be Apocalypse Now
Either way, I'm comfortable with it.
What say you?
More Later I Remain The Intrepid Reporter
Big Country 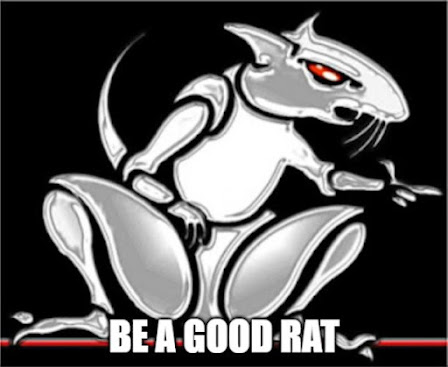 Posted by BigCountryExpat at 3:23 PM