Greetings Me Droogs N Droogettes!
"Hey Ma!  I got th' job!"
The Interview went extremely well.
So well that I went from interviewing for a mid level hourly, that I got offered upper level supervisory at salary.  With a signing bonus no less. 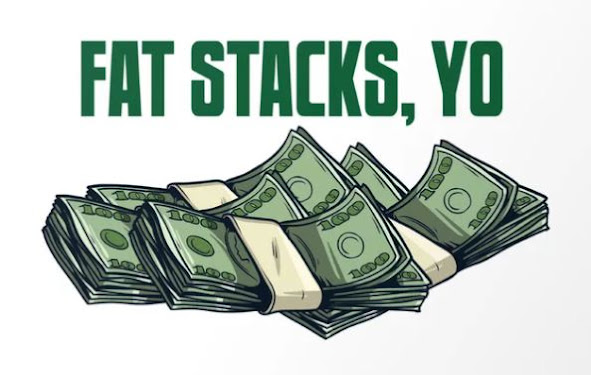 This, this here, this's a really BIG deal.
I can't thank all of you Droogs N Droogettes who've offered up the prayers n encouragement and financial support to keep this here location up n' running.  It means finally getting my rather mountainous pile o'debt cleaned up from the divorce, and paying back all who I owe, friends and family alike.  It's been a bitch of a 5 year slog. 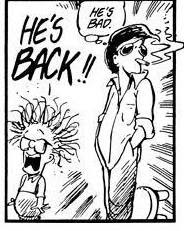 Oh yeah Baby...
See I -was- a salaried dude with a great job, and even with the X 'going nuclear' at first I thought it was a 'meh' situation.  Then my company lost the contract, I got laid off, and well, the charges of the time kept me from gainful employment for about 2, maybe 3 years.  Lots of help from fam and friends whom I can never explain just how grateful I am for their unwavering support
As well as Wifey
Which is why she's Now-Wifey as opposed to G/F or 'piece of the week' (she's gonna punch me for that LOL)  But seriously, major sigh of relief here.
Ok, so much for using y'all as my emotional tampon.  Onward!
So, the Marine thing I'm getting two stories, one, it did happen and two, it didn't.
Of course.
Now that website it was on?  Yeah a LOT of satire on it.  But I have gotten emails saying that It DID in fact go down, and this's the only way that it could get out?  Believable? Not sure.  Even a broke clock is right 2x a day...  I report, you decide.  Thing is to watch the Commandant over the next few... if they announce his 'retirement' or an 'accident' or 'death by COVID' then yeah, he did do it.
Then, the constant drum beat of stupid.  Australia, I swear THOSE motherfuckers... man, what ever happened to the great Country founded by scum and criminals?  The fact that they got their DotMil doing the door-to-door?  Man, when and IF they try that shit here, I can tell you, I'll snatch those dudes off the front porch so fast, it'll make their heads spin.

And -not- hurt them, mind you.

Strip them of ALL of their DotMil Cool Kid toys, wrap 'em in about 60 feet of duct tape (you do have at least 10 rolls on hand riiiiiiiiiiiight?) and then strip 'em to their skins and drop 'em off way-way-waaaaaay the fuck out in the middle of noweheresville.  Actually, Best to snatch them off some 'other' random neighborhood, but you get my point/picture.  Oh, and shave them bald.

Then spray paint their nuggets Bright Blue.  Blue you say BCE?  Yep.  As in Blue for Blue-Dawg Traitorous Democrat fools and UN stupid.  Paint 'em up with the most noxious non-removable paint you can find.  DON'T hit 'em in the eyes... the point is to humiliate them.  NOT kill them... that time might/will come soon enough.
Trust me, that'll fuck with the troop morale in ways that you can't even imagine.
Sort of like when the Navy allowed itself to be captured by the fucking Iranians and surrendered without a shot.  THIS is the condition of our DotMil.
Just let 'em know "We didn't kill you but we could have.  Spread the word"
See what that does to any future ideas our wannabe dick-taters want to play with.
Also, let them know to pass it up the chain that the Politicians need to do their own dirty work.  Why should they get killed insuring that the Gin Hag retains control?  I mean the Oath is to the Constitution not the fucking (p)Resident.  Remind them of that, and that a career switch might be in order, or maybe join up?
Time will tell.
More Later, I Remain The Intrepid Reporter
Big Country

Posted by BigCountryExpat at 4:17 PM