Greetings Me Droogs N Droogettes!
Man
I knew -something- was going to be coming in this general direction.  The day that I heard the Gin Hag was expanding the STASI to Tampa, well, now I know where (and when)  Leastways this new Buffalo Jump: 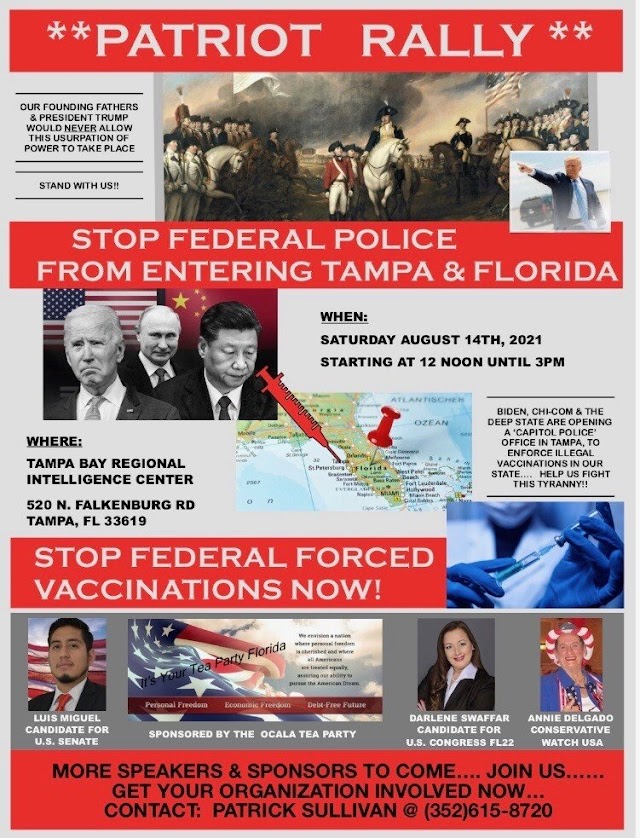 OK:
First off
Anytime I see a poster advertising a "Patriot Rally"
I hear "Federally Sponsored Setup"
Intel Gathering.
No way in hell do I have any interest out of going down there.  And where it's at?  The Rally itself?
The Motherfucking jail that I got stuck in when XBitch pulled her shytte. 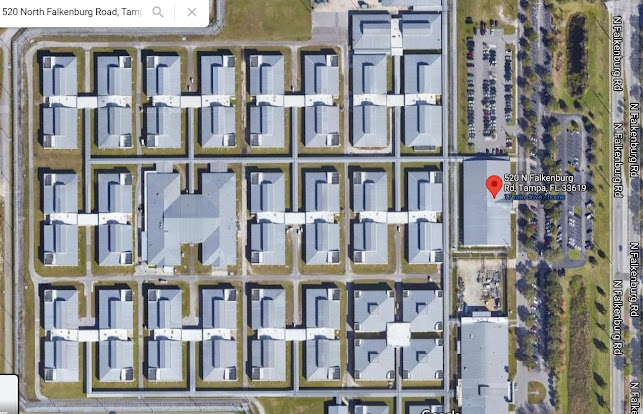 Zoom in close enough, those pods?  You can see in the corners of each pod the outside recreation area we had.... talk about lazy... they don't even want to make it hard to cart evvabody off... literally... have the fucking Patri-tards come to the jail... makes the identification and processing oh-so-much quicker.
The only thing I like about this is they might have tipped the hand by calling it not-the-jail but the "Tampa Bay Regional Intelligence Center"  Then again, All I've -ever- heard it called was the North Falkenburg Lockup... never heard of any "Intelligence Center" -anywhere- 'round here... so that too... Hmmmn.
Now, TBH, I -am- nominally curious as to if anyone shows up.
However, I'm going with Ole Remus (Rest in Peace good sir)
Avoid Crowds
Be the Gray Man
Me?  I stick out like a wart on a witches' nose.
Ain't too many dudes as big as me.  Even if I were to mask up, cover up, my build is soooo huge?  Nope.  Not doing it.  Maybe Sapper can.  He's got the proper 'gray man' going on.  Have to see...
But me?  No fucking way in hell.  Ask CA who's met me in person.  I'm a big motherfucker... hell, y'all have seen pictures of me with a SAW.  I make it look positively dainty.
So hard no.
Otherwise
More Later I Remain The Intrepid Reporter
Big Country 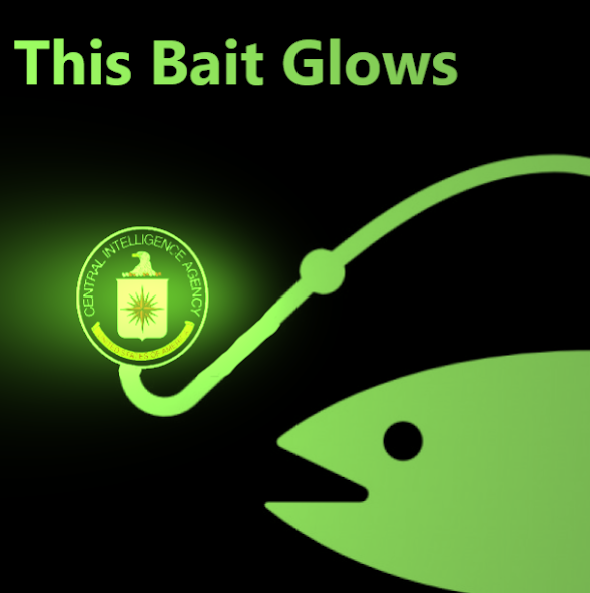 Posted by BigCountryExpat at 1:10 PM