Link Here: https://pjmedia.com/vodkapundit/2021/08/23/revolting-aussies-shooting-rescue-dogs-dead-in-anti-covid-effort-n1472059
According to the Sydney Morning Herald: "Bourke Shire Council, in the state’s north-west, killed the dogs to prevent volunteers at a Cobar-based animal shelter from travelling to pick up the animals last week, according to council’s watchdog, the Office of Local Government."
They. Shot. The. Doggos.
WOW
Somewhere there's a lesson here:  Something about the fact that IF they're so willing to kill innocent animals, then they sure as hell wouldn't have a problem killing humans... especially those who would oppose them.
Bigger Lesson:
Never. EVER. Give. Up. Your. Guns.
Under ANY Circumstances.
The Australians did
And now?  The Psycho-Feelz Slores in Charge have unleashed their low-IQ bullyboys and trustees on the population.  And appear to be enjoying theyselves.  Lording it over the population.
Man, what a shame
Gutless Balless Wonders
I used to admire the Aussies...
Wanted to 'do the Outback' thang before I joined the Regular Army...
Loved the commercials... like the beer commercial where a giant-assed boulder would land on a dude, utterly crushing him, and you'd hear a muffled "Ow!" from under the boulder, and the Announcer would say "Wimp."
Not no more apparently.  'Cos me?  It's be old fashion night-rider time.  Masks, Nooses, Trees... just add Bourke Shire Councilmembers (and family members) wash, rinse repeat.
Hang 'em high, and leave 'em for the crows to pick out their eyes from their rotting corpses.
AND
DARE the authorities to do something if they have the balls.
Per the German 19th Century Writer/Poet Heinrich Heine (h/t Ace):
Auf Deutsche: "Wo man bucher verbrennt, verbrennt man auch am ende menschen."
Translation: "Where they burn books, they will, in the end, burn human beings too."

The names like "Dahmer", "Bundy", "Gacy" and "Gein" come leaping to mind.
And also, these were the very bureaucrats I keep screaming about.
The small-minded apparatchiks who make the day-to-day decisions
Who don't actually pull the triggers but order it done.
Any bets the guy who did carry out this loathsome and hate-filled mission is all fucked up now?
I at least hope he is... if not?  OhboyOhboyOhboy... Y'all in Oz got big trouble with a sociopath like that running around... in fact you got a lot of trouble on that there continent... bad enough that 98% of Mother Nature is actively trying to murder you all, but now?  You can't even trust your own people, or at least the lizard-creatures in people-skin-suits you got running around loose. Doggie-Murderers?
Oh yeah, that's a 'burning at the stake' level crime...
Right up there with child-rape and such
Here in the States, I somehow don't think this'd fly
In fact this weekend when it went 'retard' at some Patriot Rally, some Shithead in Portland, someone actually unlimbered a 9mm and threw live rounds at AntiFa who're throwing live rounds at him.  Of course the patriot guy?  Arrested, even though it was obviously a running shootout. Hell, AntiFa is ON CAMERA policing up their brass so's the fuzz don't have forensics... which, keep in mind everyone, two words: Brass Catchers.
That and that the Geheime Staatspolizei will invariably take the 'bad guys side' i.e. the easy route, so you may as well light them up too, if the case is needed.  At that point, the switch is in the 'on' position. 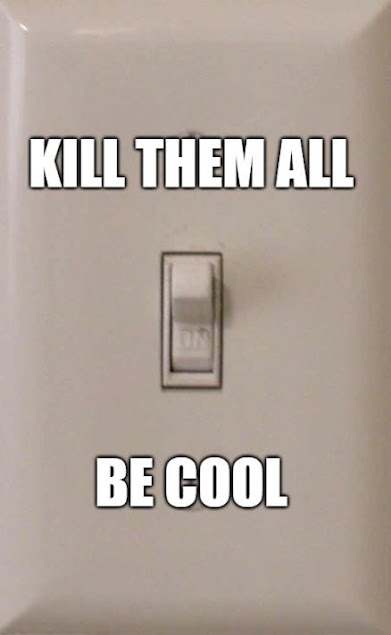 At that point, what difference does it make?
Tell y'all what: 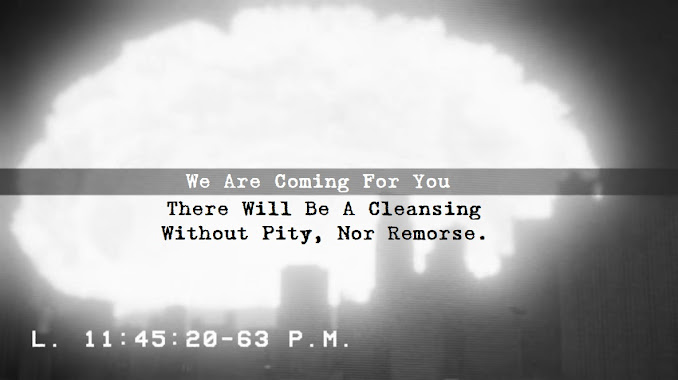 Best be ready
Unlike the Aussies, we sure as fuck are
Your move assholes
More Later I Remain The Intrepid Reporter
Big Country Posted by BigCountryExpat at 9:31 PM