The Hits, They Keep on Keepin' On 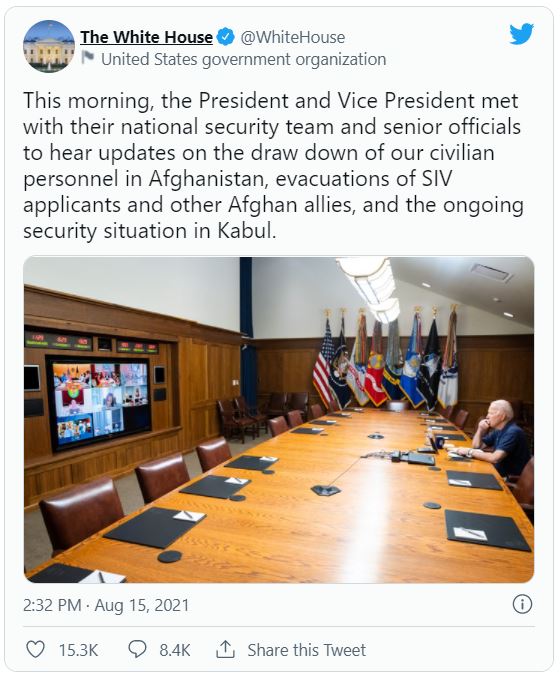 Yepper... Joe's on the socially-distanced case...
Having a meeting with all the power players
BUT
Didja notice something?
Let me zoom that in and tighten the pic: 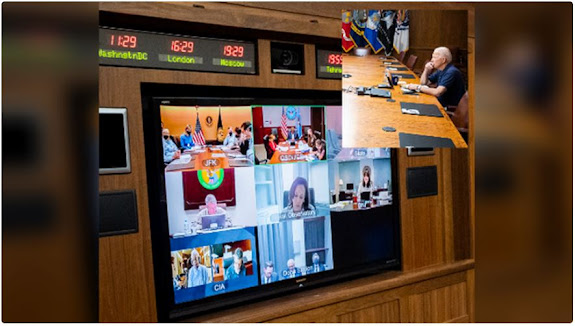 Gets a bit distorted
BUT (again... lotta butts running this here show Aye?)
The bottom left pic?
Sez "CIA"
Next to it?
Sez "Doha Station"
Bruh
As someone pointed out: 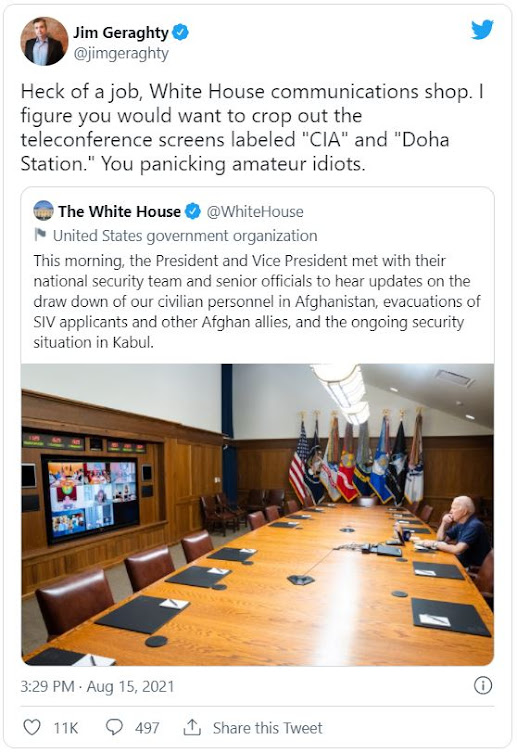 Now, to be fair, couple of folks noticed that the times on the locations in the close-up are off... meaning a three hour dif between London and Moscow, which, unless the clock is wrong, it means that this was taken before Moscow switched on March 28th for their daylight savings... if it -was- taken recently, there should only be a two hour dif...
Either way though, they didn't blank out the faces to the CIA Agents...
Wow...
Again...
But at least we don't have OrangeManBad Tweeting mean anymore, amiright?
More Later I Remain The Intrepid Reporter
Big Country
I know, overdone... but I cannot wrap my head around this shit... pure amateur hour
BRUH!!!
Posted by BigCountryExpat at 9:25 AM