Saigon Redux and the New "Job"

Greetings Me Droogs N Droogettes!
Sorry for the absence yesterday, was busy with trying to figure out some -stuff- vis-a-vis the "new job" and yes, in quotes.  I finally got the login information AND Heavens be Praised the instructions on 'how to' begin the onboarding.  Now, clever fellow that I be, I had already done the requested onboarding and submitted it.  I then, like I told you at 16:55 got an email saying no, do it over.
So I read the instructions...
Big Red Flag
They want me to upload 5 years worth of W-2s?
Uh... so I googled the 'company' and lo and behold, well, maybe this company, I dunno... website was pretty close to the real deal but man, these days, one can't be too careful.  I had uploaded my Driver's License and Passport per the request which I've done hunnerds of times for the I-9 portion, although the red flag there was this wasn't stated for the I-9 specifically.
Then, besides the PP and DL, they wanted a copy of my original social security card.
Oh hell to the fuck to the nos.
The google I did was "Is 'x' legit in hiring?" which took me to a page on the (a?) company website saying in the past despite their best efforts, that they had had their shit hijacked for bullshit hiring/identity theft and extortion, i.e. "We need your bank info and a deposit to test the direct deposit..." and BOOM! all yer cash gone.  They have an email set up through the helpdesk to recruiting for and questions, so I shot them a "Hey is this legit? if so, great if not, thanks!"
See, what struck me is the only time I've ever been asked for 5 years worth of W-2s is by a Mortgage Company.  Methinks (and you at this point too Me Droogs) that this's a scam to steals the equity in my fucking house.  Despite the best attempts and fuckups in the past, I've beaten the X, and kept it, kept it through not one but two attempted foreclosures (also due to the X), kept it when I went underwater and stayed and gutted it out through the housing collapse (again, the X paid $254K in 2005) when I went 'underwater' by almost $160K...  The pad is now half-paid off ($125K owed) and the latest value?
Whoo fucking boy.  Let's just say I never expected to live in a $400K house thereaboots.
If a nefarious motherfucker were to steal my shit, and do 'dirty deeds' there's quite o'sum o'equity available there Aye?  So, until I hear back, I ain't doing shytte.
So, today's fun: 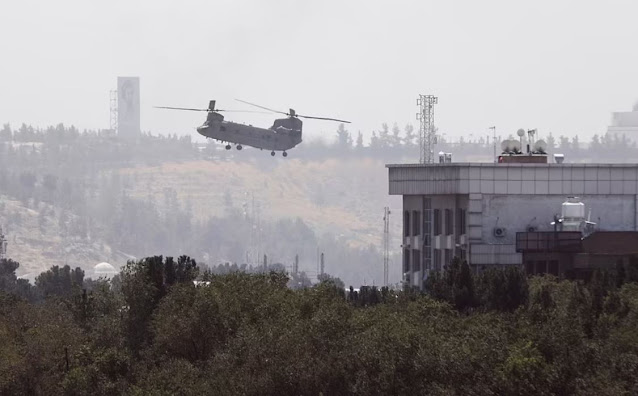 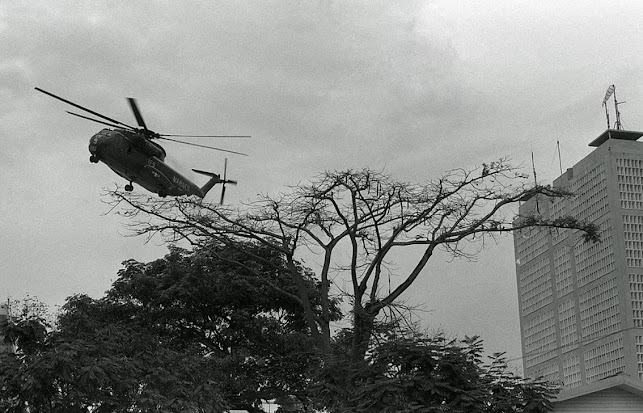 Kabul 2021
Saigon 1975
Wow...  OK, too much to unpack.  Not going to go into something too deeply that every single asshole in the country has gone over and over again.  Quick and dirty.  We fucked up.  We got involved in a Land War in Asia.  Simplest thing is, we should have glassed Affy right off the fucking bat.  As soon as we knew Osama (or whoever he was/is/were?) was in Tora Bora, we should have just launched a Minuteman 3 with a 227 Megaton Deep Earth Penetrator and vaporized the whole mountain.  Game over... said it back then, still say it now.  We could have done it too, as 9/11 put the everlovin' fear of God and a Rabidly Pissed off 'Murican Peepul into the entire fucking planet.
So endeth the lesson.
Only thing cracking me up is Xio Bi Den again blaming Trump.
Dude, your sorry retarded senile ass has been in the driver's illegitimated seat since January.
When the fuck you ever gonna take responsibility you cretinous old drooling child sniffing fucking shitstain?  Oh, thats right... never.
So, to the crux.
Today I woke up.  BAD prophetic dream last night.  First words, no shit out of my mouth to Wifey was
"Bad things are coming."
Sapper n'Me are going to get MOR prepped.  Reload the Water, Restock.  I had a hunch last night and started reloading and switching out the mags and duty ammo.  No more target loads.
M855A1 steel core for the 5.56
M862 tracer for the final 5 in each mag, with ONE mag full of tracer only.  (tends to put the 'shock and awe' on people on the receiving end of a full 30 rounds of 'star wars'.)
M80A1 Ball for the 7.62
First 3 rounds are a surprise.
M62 Tracer for follow up again.
Battening down Ye Olde Hatches here.  The last time I got spooked like this was quite honestly, t'was right before the lockdown in March.  'Round End of January, Beginning of February when I 'bought in' on the Coronachan horseshit that was sold to us, I was like around Mid-February when I had like a Chinese-revelation here: "Sum-ting-wong."  I've only had this happen a couple of times, but every. single. time. I'm usually dead to fucking rights something is coming.  Now, thank the Good Lord that Kung Flu was nothing more than a wet fart, BUT
The lock down, if you recall, wasn't.
People scared to death to go out.
No one on the streets
Annnnnnnnd this time, well, I got that feeling again... 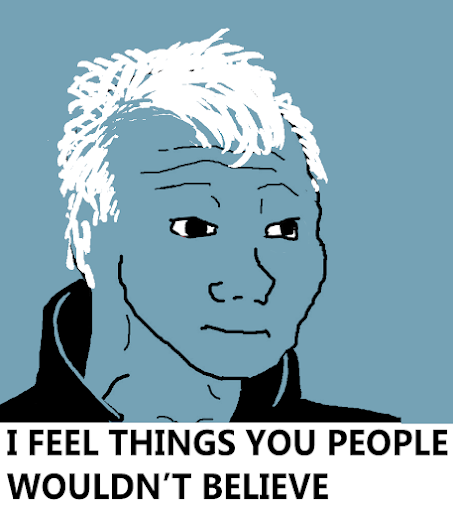 Seriously though...
The lockdown produced massive failures and shortages.
Time to make sure yer fully set up.
I may be wrong, I may be crazy, to quote an old song, but I'd rather be both than sorry and sore.
'Cos methinks they're going to pull the trigger on a false flag.
They positively need the distraction now.  The Ministry of Propaganda, despite theoretically under their nominal control, well, "If it bleeds, it leads" and they'll not but help contribute to the real-time exposure of one of the most massive failures of U.S, foreign policy evvar.
Despite the early attempts we're seeing right now to blame OrangeManBad, there ain't no fucking way this's on him.  Hell, the JCS, by their own words admitted to not implementing any of OrangeManBad's plans for Affy.

That right there?  That's called treason.  "Intentional and willful disobedience of a lawful order from the Commander in Chief in time of War/Police Action, giving aid and/or comfort to the Enemy"

That right there is why Milley and all the rest are running terrified.

Because of what they did and worse DIDN'T do because they didn't politically agree with OrangeManBad and/or were bought off by the Corruptocrats to NOT prosecuting the War the way it -should- have been.  And it's alllllllll playing out live.  Ain't enough paint, never mind lipstick for that there pig, and they know it.  Add on the provocative shytte that's been ramped up lately, I.E. dumb Jewish Jennifer Rubin poking the "White Bear" so to speak by tweeting gloating about Whites now being in the minority, and that 'they' now want to prevent 'white minority rule'.
So, they keep pushing the "anti-whypeepo/whytte-sooperpreemicyst-bad" line.
WHY?
I mean every single race seems to get to serve it's own interest(s)
'Cept us whypeepo.
So, since none of 'ourguys' seem to have done anything, much to the consternation of Leviathan, they're gonna do the normal: make up a bunch of shit
January 6th and the subsequent "Insurrection" circus is proof-of-functionality.  That was the trial run.  "Can we literally make up some shit, and make people believe it?"
Seems they can... not that anyone other than the most basic NPCs are really believing it...no, the vast majority are of the thought process "That really sucks, but better them than me."
'Cept this next 'thing'... whatever it -is-?
It's going to come for all of us.
They absolutely have to distract and cover up... they need a Nuklaleer War or something.  something unbelievably horrific in it's scope...  The need to distract from the soon-to-collapse economy, the failures of Foreign policy, the soon-to-be-bloodbath in Affy... oh yeah, and put into place a Soviet-Style state lockdown preventing travel, communication, meetspace meetings and organization to shoot all of them repugnant fucks.
And as I'm typing, the 'Muricans left in Kabul have been told to 'shelter in place' LOLZLOLZLOLZ!!!!!
Fat lot o'good that's gonna do.  They dead.  And even IF and it's a HUGE if, IF we land planes to snatch and grab the 'Muricans, there's 3000 Afghan Nation Army guys who're armed-to-the-teeth who just might claim a 'boarding priority' over a bunch of fucking civvies.
Word I got last night is the majority of the ANA that are there, the 3000?  ALL US Special Forces Trained Afghan Special Forces.  They hatted up and got the fuck out after those two platoons of ANA SF went Winchester on BBs back a few months ago, surrendered and ultimately got executed and their corpses desecrated.  They may not be US-SF level, but they are by the normal troop comparisons fucking Pipehitters and Operator as Fuck IRL.  If those guys are told, "Nuh uh, no ticky-no flyee" it's gonna get ugly-er.
So, on that note, off to get 20 case of water.
More Later I Remain The Intrepid Reporter
Big Country 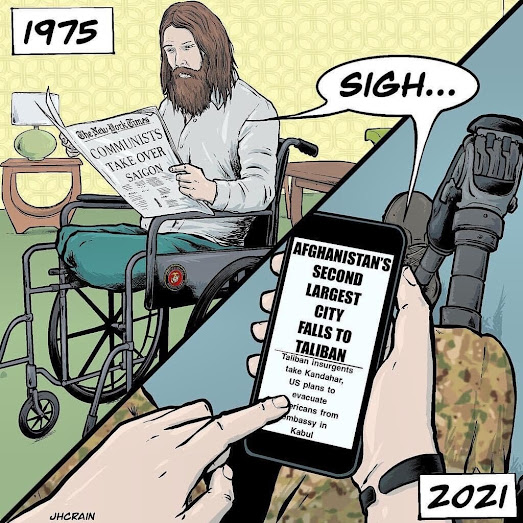 Posted by BigCountryExpat at 1:39 PM