Greetings Me Droogs N Droogettes!
OK. DotMil ammo call here.  Couple of things
BEFORE the "Eeeeee-vil X" fucked me in the ass, one of the thing I had been experimenting with was your basic .300 Blackout Round.  Got me a barrel for less than $80 bux at the time as I recall.  Throwing it on a spare upper and using the spares kit to outfit a new rifle was like "Meh."  Got a 10.5 inch barrel, and mated it to your basic upper... only dif between this pic and mine was the Muzzle device.

For my muzzle device, I went with a threaded 1-12 thread capable 'fuel filter friendly' device
Yeah, I know
Either way, putting my 'fuel filter' on it quieted it down so much that some folks at the range I went to (one time only, used a fake ID so IF I was tracked, no one knew who/how/where I was really from) but anywho, everyone at the range was crazy impressed at the quietude of the .300 AAC.  It was still kinda-sorta new (early 2016) by mass production values, but yeah
Quiet as fuck.
So, tonight, I'm doing YouTube.
Found a new vid by Brandon Herrera "The AK Guy"  Seems that the AK has a caliber that's the equivalent of the .300 AAC.  That's the 9X39mm.  Just as .300 AAC is a necked 5.56mm round with a fat .30 cal bullet, the 9x39mm is a necked 7.62x39mm round with a fat, slower moving 9mm round. 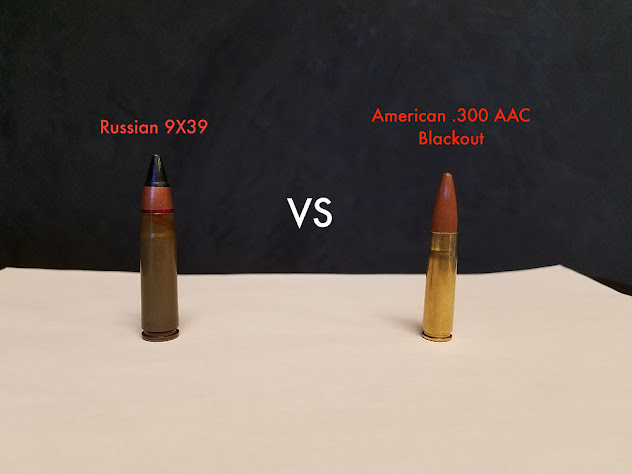 Now... reason for this Poast?
Glad ya asked.  Thing of it is, the vidya the AK Guy did... man, the AK he built and was running... there's quiet, then there so fucking quiet that you can hear the trigger reset...  I mean wow.  Not often I get impressed.  And the reason for this is that eventually, well, let's face it
Sometimes you need to be vewwy vewwy qwiet.  Hunting wabbits is twicky...
Best to be hushed when you don't want to raise a ruckus Aye?
And unfortunately, well .300 AAC is still and has -always- been over $2.00 a round
A mite pricey in my book.  So, whilst looking over the specs of the 9x39mm, what do I find but woah... you can find that particular caliber for less than a buck a round $1!!!  And it's available.  Unlike the .300 AAC, which is hen's teeth still.
And there are complete uppers out there for about $400+
Barrels too, although you also need a 7.62X39 bolt head as well to match up. 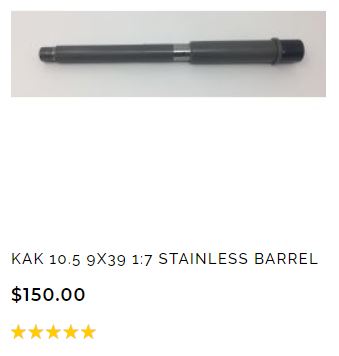 Jes' Sayin'
Until I get gainful employment, such toys are off the table however.  Leastways for me
Y'all might want to look into it.
The bolt head is about another $150.
Personally I think it's a worthy kit to have 'just in case'
So, More Later I Remain The Intrepid Reporter
Big Country 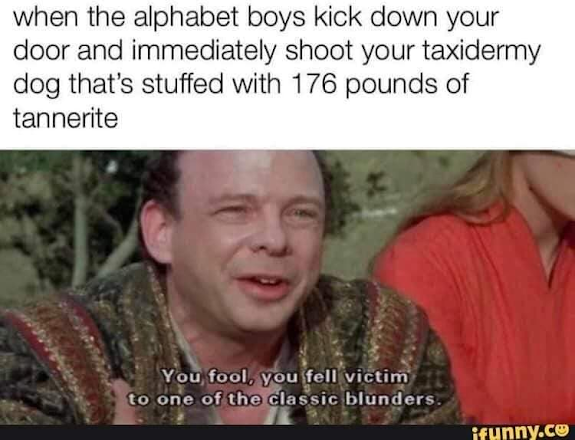 Posted by BigCountryExpat at 1:40 PM