Greetings Me Droogs N Droogettes!
Now this here subject is going to be a bit 'touchy' possibly for some.  BUT I. don't. care.  The topic:  "The Greater Good".  Meaning currently here in Florida, we've got a lawsuit that's been filed against Gov. DeSantis because he essentially said "No mandate, No mask, no problem, ."  This of course enraged the "Followers of the Mask" 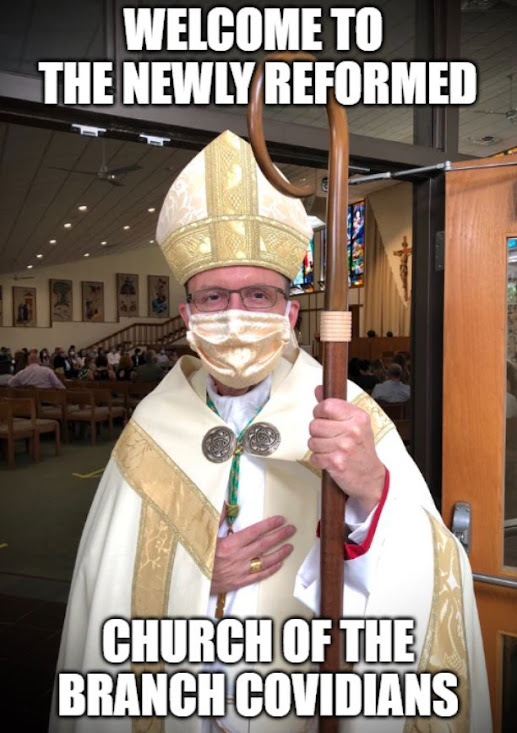 Now, the way the Ministry of Propaganda is spinning it is that De-Statan-tist (their term, not mine) is trying to kill all the children in Florida by how dare you! banning mask mandates in school.  And any school that mandates a mask for all the kinder gets the state funding pulled.
What's really going on however is that he's doing just that.  If your kid doesn't want to wear a mask, or you feel that you don't need to have your kid wear a mask, no problem.  However, the power mad School Boards and Superintendents who apparently never met a statist-neo-nazi law or rule they didn't want to implement are suing.  THEY want to say whether or not your kid has to wear a mask.  Then throw on the Parents of kids who have 'issues' who are demanding ALL the kids bend at the knee, and wear the mask because their pwecious lil darlings have 'issues'.
Which brings me to the crux.  If your kid is immunocompromised, gee, that's a shame.
Really is
BUT
Guess what cupcake?  If MY kid has a superpowered immune system armed with tactically nuclear-powered white blood cells, HE doesn't need the mask, it sounds like only your lil generic-dead-ender should wear a mask.
WHY do we keep embracing the weak?
If your kid is a genetic dead end, why do we waste so much time and money funneling it into worthless dead-ends like this?  I dig compassion... I dig empathy.  I also dig that there's such a thing as "too much."  It's called 'triage'.
Triage: noun: the assignment of degrees of urgency to wounds or illnesses to decide the order of treatment of a large number of patients or casualties.
verb: to assign degrees of urgency to (wounded or ill patients).
If your lil pwecious is a genetic-dead ender, and yeah, that's what I consider kids who are all fucked up from the neck up... the 'can't eat peanuts' allergies, the 'breathe on them and they die/get sick' kids... the ones who have to be wrapped in bubble wrap because if not, they break a bone just looking at them...

Don't get me wrong, but they're a genetic dead end.  Unless by some unbelievable miracle, they ain't going to get better... they're going to suck resources and eventually just cash out -anyways-... and notice, I -don't- include the mentally defective... they in their own way have a role to play in the game of life, and I know of a guy I went to high school with who had Downs, who still has a hell of a life, got married to a nice girl who fell hard for him, and his son?  Not-Downs by some weird quirk.  A million-to-one shot there Aye but I'm talking about these kids who shouldn't even be in a classroom.
Why should everyone bend-the-knee to the weakest?
Look, I'm not saying to go 'full neo-Nazi geneticist and eugenics.'  They're fucked up.  NOT their fault.  If anything I blame the parents.  And yeah, they are to blame.  The weirdo frozen-egg broad who waited to have her kids at 42, and the kid is barely functional, and can't understand why?  The 'late family/career first' folks who had the first kid when the dude was like in his fifties, and the wife in her late 30's more like early-to-mid 40s... and they wonder -why- their kids are genetic-dead-enders?  Fucking Jeebus people... despite everyone saying "50 is the new 40" and all that shit, reality is a stone motherfucker as is genetics.
Sperm and eggs?  Gotta be fresh... Just like bacon and eggs... try to make an omelet with some eggs that've been sitting in the fridge for 6 months past the 'use by date' and the bacon just starting to smell a bit 'off'... 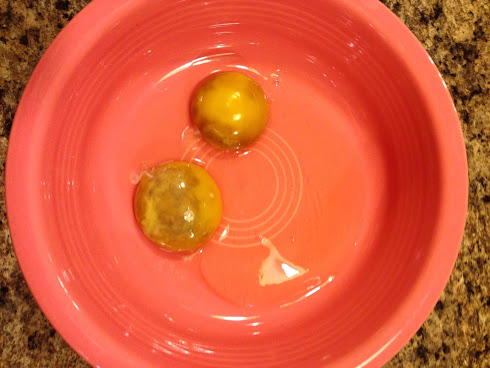 and there you have it.
You want to have an omelet with those fucking eggs?
Hard Pass for me
Same as having kids... IF I were to -try- to Spawn again (ain't going to mind you) BUT IF I were to, I'd want some 18-20 year old fresh n young eggs, thank you very much.
Problem is, people are selfish and fucking ignorant
That's what's ackchully going to be what kills the Untied Statz for sure... willful, unabashed greed and ignorance of Man's Laws, God's Laws and Nature's Laws.
These morons genuinely believe that their 'lil pwecious's health' is MOR important than reality, science and any of those 'other bothersome children'...  THEY want what THEY want and fuck you, the governor, the rules and any and everything that stands between THEM and what THEY want/demand.  After all, the rest of us?  Serfs to be ignored donchaknow?
See, I literally picked The Xwife in part because of her family's genetic history.  Her great grands, her grands, her 'rents health ALL went into the equation of "Is this someone I want to have kids with?"  Intelligence played into it as well, mental health all of it.  I was raised a bit of a genetic-nazi to a point.  When DeadDad asked for MomUnit's hand, my Grandad, a great man in his own right, literally looked over DeadDad, and said: "Welcome to the family, you'll bring some height to the blood!"
No shit.  He really said that.  In fact ALL the prospective spouses' got the same evaluation, and for it, outside of the environmental impacts (the cancer I got was due to depleted uranium and DeadDad's was a one-off) but the entire family is still kicking... some of the Aunts and Uncles are about to hit the age of 90... and my cousins?  ALL are in fantastic health... kind of scary how that sort of stuff plays out IRL Aye?
But since we've devolved to the 'feelz' "I luv her" lots of doodz think with the dick, and overlook the fact that the brother of his one-twue-luv is an immunocompromised dwarf with an extra chromosome...
And that same exact timebomb may or may not be ticking in his chick
Most of the shit out there seems to go maternally.  One of my weird things I got was a spare set of kidneys.  They found it during the whole-check every inch of me CAT scans and such whatnot back in the day during an earlier cancer scare... that because it turned out I have an extra set of meniscus muscles on the back of my legs.  That's what prompted the full body scan when I was on active duty... I was roadmarching so much that even the extra meniscus started 'bulking' on the back of my legs, and the medics at first thought they might be tumors or something... so I got the full body workup and lo and behold, MOR tissue, right over the kidneys.  The docs then worried I had kidney tumors or something... bit more work, some more other testing and nope.  Turns out I'm a mutant.  "Duplex Kidneys" and MomUnit during one of her ultrasounds found out she's the culprit with her own spare set... not common, but it does happen...
I like to think my filtration system is a four barrel rather than the standard two barrel... might also explain the extreme ability to process the booze and not get hung over?  The docs don't think so but hey, I'll believe what I want to believe
It's my truth after all Aye?
But back to the issue:  Dood overlooks that his lovey is from a long line of genetic fucking errors, annnnd he compounds it by breeding with her waaaaaaaaay later than he and she should... because careers and 'reasons', and when their widdle pwecious comes out, incapable of being exposed to even the -slightest- breeze, THEY expect the REST OF US to 'bend to the knee' for their poor widdle pwecious.
Fuck that 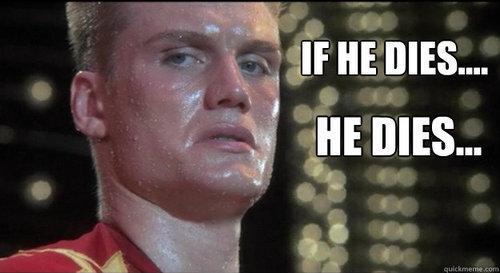 Yep.
Not our fault that your genetics are bad, and I'm sorry as fuck for you and your kid... but I'm not giving a fuck about him... in fact I care more about the sammich in the fridge than I do about your fucking kid... and you for that matter.
Make Selfishness Great Again
'Cos otherwise, today it's forcing you to put a mask on your kid (and I'm not even going to touch the science or anything on that particular bullshit) but then, it's forcing the vaxx, and then eventually killing the unvaxxed.  Ask the Jews how that worked out for them...   Having a sense of Empathy is part of being human, but being able to know when and where to utilize it is what matters.
Tribe Matters
Family Matters
Friends Matter
Neighbors Matter
Everyone else can fuck off.
Too much empathy leads to stupid shit like loading the so-far 50,000 Afghans who haven't been vetted onto planes ahead of our own people and citizens.  THAT sort of epic dumbasshattery, trust me, is going to come back and bite us in the ballsack in spades.
All for the goodfeelz.
Morons
So, I got a Zoom Meeting, so that's it for now.  Your thoughts?

UPDATE:
Got a lot of people emailing me, and the question of Autism comes up.  That one is tricky to me.  It's something that's so random and hard to track, as from the studies I've seen shows its so random and really hard to track... the -only- thing and studies I've seen has been a lot of studies, real and or fake that it's to do with the vaccines... and I know, I know, whoooole nuther ball of shytte to get into... I personally think it does have something to do with the mercury preservative in the vaxx's out there... MY spawn got all their vaccs back in the day, but they got it one at a time.  Special Ordered that shit specifically so as to NOT have an oopsie...    I didn't chance it... Autism is a pure-motherfucker to deal with, and in this case, it gets filed under 'other' in this particular argument... so just for the record so to speak...this here is more a rant about the Karens who insist on causing a shyttestorm because 'their pwecious snowflake is MOR important' than yours.  Fuck those people... people who have to deal w/Autism, man, you got my respect.  That shit is a motherfucker.
More Later I Remain The Intrepid Reporter
Big Country 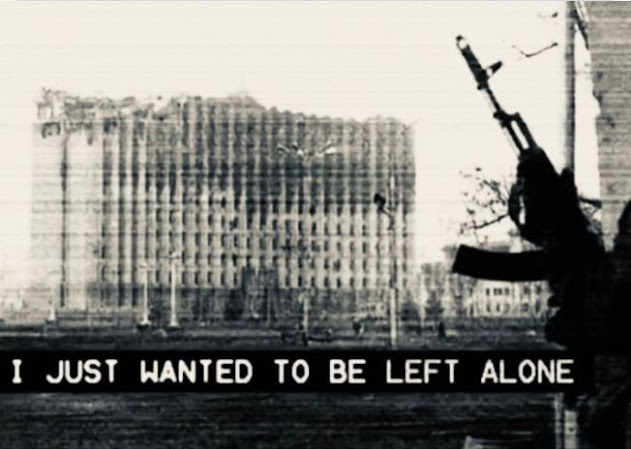 Posted by BigCountryExpat at 1:29 PM