Greetings Me Droogs N Droogettes!
OK: Couple of things here.  First and foremost, may Joseph Robinette Biden Jr. name go down in history as one of the most incompetent, retarded, incapable, fucktarded, moronic and certifiably insane chief executives to have ever darkened the Oval Orifice. 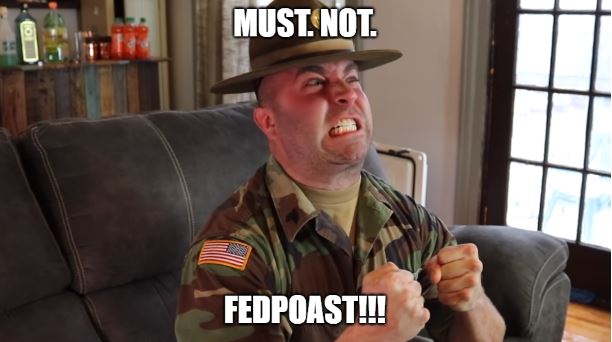 May the fleas of ten thousand camels infest his nether regions until madness overwhelms him, and may the haunted screams of the dead torment him from now, til the day he dies, and goes to Hell, straight to Hell, do not pass 'Go', do not collect 10% for the 'Big Guy' and may Satan piss in his eyes for all eternity.  May his name forever be used as a curse, much as Vidkun Quisling is forevermore associated with 'traitor'... Let the name 'Biden' be used instead of 'Moron' or 'Retarded' from now on... Cursed be he, and all who spawned from him, evermore.
Whew... so, now that that is out of the way.  I want to congratulate the Democratic Party for doing exactly what they do best, snatching defeat from the jaws of victory.  Great job you assholes.  May all and sundry who voated for that sewage-filled-skullfucked asshole be as cursed as he is as well.  Know well this: 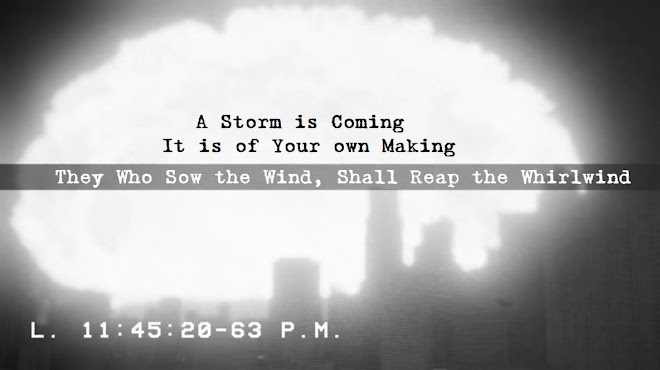 Yeah.
I think that's another one of my better memes.  That and Angry Cop... man that one made me LOLz doing it... dunno if he reads this, but man, hope he ain't too offended...  Feel free to steal/copy/repoast
'Cos I know in the "Great Memewars of the Early 21st Century"?
My shit is Dank and "Shitlord Level: Epic."
So, to cases.
In this particular one, I am finding it 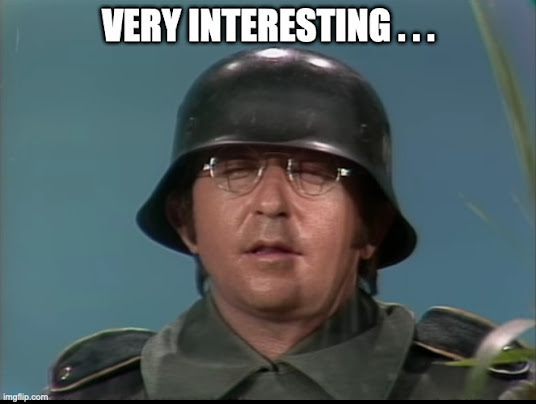 ...that ISIS, now with a "K" added on (Special K... ISIS Flavored rice-cereal?  Who knew?) ISIS-K (for Khorosan) is back after somehow, somewhere being driven off by Trump and Company... or should I say Trump drove "The Company" off, i.e. Cocksuckers In Action or the C.I.A. for those who just don't get it, but Trump essentially buried Barry's Bois.

For anyone who was paying attention, ISIS was pretty much a C.I.A. bought-and-paid for "Rent-A-Terror" group that we used to keep shit completely and utterly destabilized in the Middle East.  Now that Trump is gone, and Bidet... er... Biden or "Slo"... Grandpa Stinkfinger, The Kidsniffer Pursuivant... or as some have taken to calling him "Obamamessiah Term Three: The Return of the Jig", whelp, ain't it interesting that a group, that Trump had cut ALL funding to, and had smashed to pulp at every turn, and pretty much annihilated on all front, that they -just so happen- to be the guys who take credit for blowing the fuck up our troops and a shitton of Afghans at Kabul the other day? 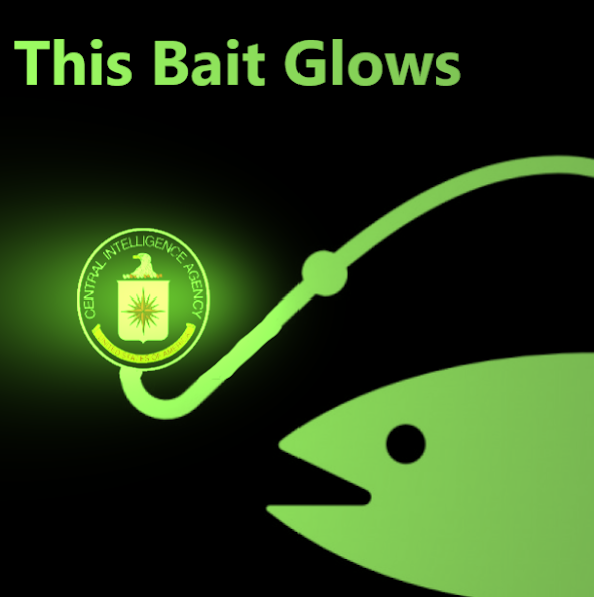 Yeah...
You smell that? Yeah... so do I
I smell Neocons
They reek of failed policy, and DotMil contractor Kickbacks.

As we've all seen, without the F.B.I, there'd be no terrorism here in the Untied Statz, and man, overseas?  If it wasn't for (((Mossad))) and the C.I.A. there'd probably be no overseas terrorism either...  Funny how even the Tallybananas Kids were like "Hey! Wasn't us!" when that dood blew hisself all over the scenery along with all our guys...  For that fact, the guy was at the inner perimeter... which meant he made it there, where it seems currently, ain't no one was getting through and yet this motherfucker?  In like Flynn as the term used to go.
I smell a Big, Fat Neocon Rat.
'Cos even the Kidsniffer Pursuivant is now again talking about 'going back in' and this time doing it right.  OK... so if now yer all about 'doing it right', just what in the ever living fuck have we been doing these lo! past 20 years asshole?
Inquiring fucking minds Joe... howzabout a hint there?
Yep.  C.I.A. backed terror cell does it's 'thing'... just enough to re-enrage Mom and Pop 'Murica and try to get us gung-ho for another round of the Afghan party.  Problem is?  We planned on being home from this particular party back in May...
We've overstayed our welcome, and the Neocons and Joe just don't get it.
No matter how many we lose, it's on the Kidsniffer Pursuivant
No matter what happens, it's on him
No matter how it goes, it's on him
My opinion?
They are flying the Hoe straight back from The Nam... she was supposed to stop off and apparently shtupp Newsome in California or something, instead they're racing her home, prolly to brief her on how to take over when either Joe dies of a cerebral hemorrhage brought on by 'stress' or they finally 25th his ass... personally, I think they'll off him... good Martyr Material and allows them to use the "It's what Joe would have wanted" for the next 3 years of retarded spring legged action from the Hoe...
Any bets?
Telling you...no one believes anything they say anymore
In that alone, they don't understand they've lost all legitimacy.
FOREVER
Morons...
As this meme (not mine) said: 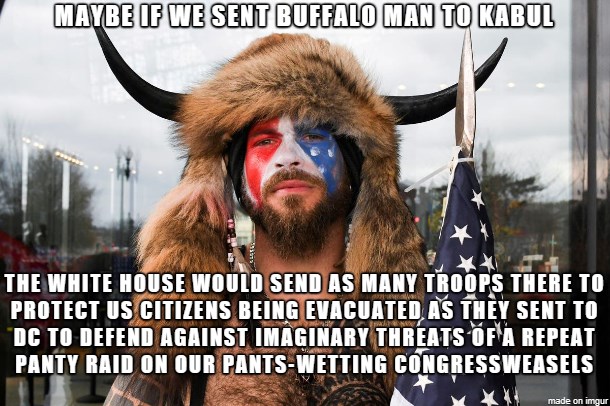 Got a hunch they also, in conjunction with today, when they've lost on ALL points, they're going to have to do something here stateside in order to regain their initiative.  'Cos right now?  they ain't got shytte Aye?  They're flailing and floundering, and that's when Leviathan is most dangerous.  Blind anger lashing out with no true thought?  Yeah, Black Swan/Flag event here in the Statz in 3...2...1...
So, keep your eyes open, and heads on a swivel.
Avoid Crowds
I Remain The Intrepid Reporter
Big Country 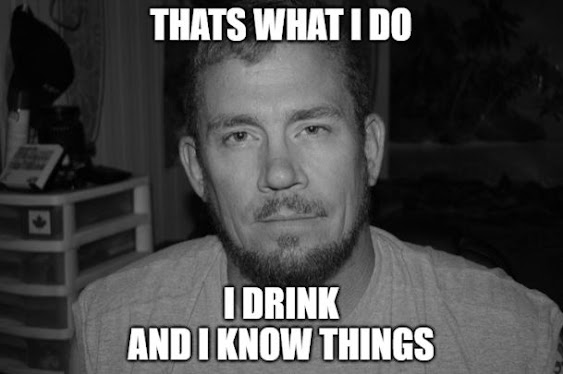 Posted by BigCountryExpat at 9:38 PM