Greetings Me Droogs N Droogettes!
"Casual Observations" Time... more of a -personal nature- than anything else.
'Cos Affy?  Beat like a drum.  I'm done with it.  Nope.  Tis the 'other' weird stuff going down.  Now, a waaays back, I quit Fecesbook, and was better for it.  Only way I was able to quit was that I figured out how to download alllll my pictures on there, and save 'em in a file.  Hell, that was like the only reason I hadn't deleted my account was the long term pictures from the ghosts of cameras, computers and hard-drives of mission past.
Most of them didn't survive.
Negatives sure as hell are hard as hell to get developed.  Found me some recently that I'm scanning in as we speak.  Taking a bit as they're from 1996!  OMG Old... can't wait to get them done, (man I was thin and young once... what a head spin on that...)  More on what's up with fecesbook in a minute...
So, besides the ramblings... Told y'all about my dreams the past few days.  They ain't changing.  Pretty much a 'get ready, something wicked this way comes...' kind of 'itch' in my brain.  Now, for the doubters out there, let me explain something here...
MANY instances where I got a 'itch' or a 'bug up my ass' as Lil Country would call it, or as Middle would say, "Big done got a hair a'crost his ass agin!" and give me shit about it, but my track record speaks for itself.  2004, went to work 15 minutes early, dodged the mortar shell with my name on it.  Showed up a hour early but was still too late to get on Major Duckworth's Blackhawk, which subsequently got shot down.  Rolled down Route Irish on September 11th of 2011 to the airport, and -somehow- didn't get blowed the fuck up by the 14 I.E.D.s that were planted directly on the stretch of road I had just driven down.
So yeah, I've learned to listen real hard to the voice that sez "Hey dood!" and metaphorically pokes me in my soft spot in my nugget labeled "Paranoia".  It's kept and served me in good staid so far.  Even Wifey and Sapper are on Board with my weird predictive/lucky as shit abilities.
Now, reason I'm a bit on the weird side right now?  Well, besides the 3 alarm (it ain't a 5 yet) ringing in my nugget, Last night?  Well my original fecesbook was deleted, and about 4 months later, to stay 'networked' with 'my guys and gals' in from the DotMil, I created a new one.  I hardly ever poast on it, mostly so's I have PM comms to them to exchange info and email addys.  And besides that I have the speed dial set up with some folks who're on the 'list of fuckers I want/need on my side in a Mad Max scenario'.  Seems I'm not the only one with these 'feelings'/'hunches'
No shit, 3 people yesterday... The Colonel, one of my Rakkasan Bros from 2nd Platoon, and then ANOTHER Rakk from MY platoon, all reaching out, one by phone PM, the other from FB IM.  ALL asking how I'm holding up, what my 'feeling' was about shit right now, and yeah they know about my abilities as well... my hunches were well known ack in the day... and 3 separate messages essentially saying "Hey, IF shit gets real, you're welcome to bug out here!  Bring ammo and all your shit!"
Damn...
Then today, I get a call from Ranger Jay who's been off the radar for a few months (his ole lady ain't a fan of me and Wifey) and then, a chick I used to date back at Campbell from back in the day who I've kept in close contact with...female medic.  Was always 'part of the doomer crew' as we jokingly called ourselves back then... now it's not so funny.
Double Damn... 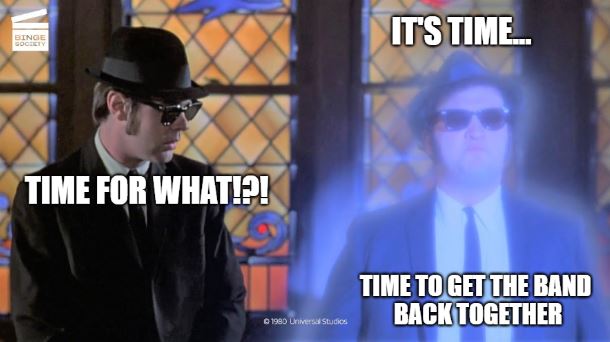 Sometimes the Memes, they write themselves
And yeah.. not sure how to do this sort of thing... lots of moving parts, lots of stuff pulling in multiple directions.  Not sure but something is going to happen
Something that's going to require a major team effort
Something
Not sure.
But motherfuckers are coming out of the woodwork like a crazy... 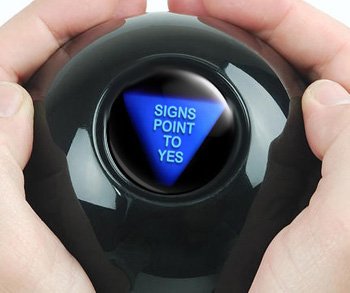 That's about as good as I'm gonna get.
So I'll run with it.  If blogging gets light, it's 'cos I'm busy as fuck instead of fiddle fucking around here.  Should be able to keep up with a poast-a-day as I have been, unless comms go screwy.  Watch your six evvabody...
"Big Duke Six, this is Dove One-Three,  ...Get your people back and heads down.
This is gonna be a big one."
Methinks Aye?
What say you?
Hope I'm way the fuck off base
But prior history has shown otherwise
More Later I Remain The Intrepid Reporter
Big Country 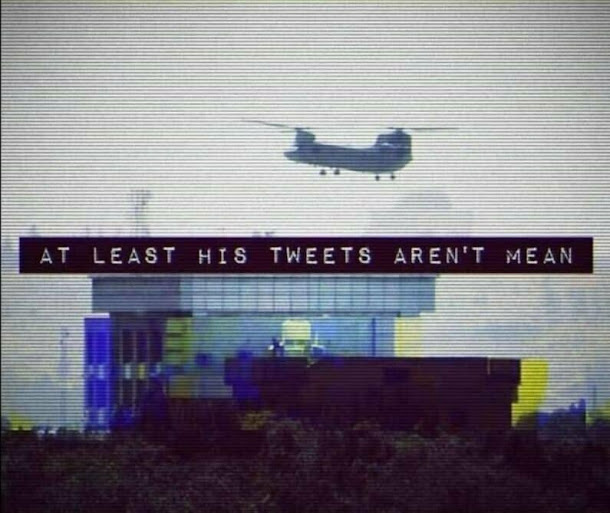 Posted by BigCountryExpat at 5:30 PM