Greetings Me Droogs N Droogettes!
Man, lots of good questions and feedback yesterday.  Couple of questions on Affy and -why- we didn't 'blow in place' all the shit.  Well, nominally that shit was supposed to be used by 'our valiant allies', the Afghan National Army. In reality?  It was a for-profit gainz for the Multinational Weapons Dealers and shitheads who'd hoovered up all the bux they could over the past few years, and now? Now that the Joe Chinks or anyone with any 'pull' (Iran leaps to mind) with the Tallybananas kids is now in possession, or soon will be in possession of the 'latest and greatest' toys.

Which OF COURSE! leads to ¡Jeb! and MOR monies.
Now of course you ask: "I.R., you devilish arsehole, whatever do you mean that the loss of all that fantastical gear means MOR monies?  How does that work?"
Glad you asked Fren.
Besides having to replace all that shit,  and now that they lost all that shit, it's -compromised- security wise...  The bad guys have ALL the 'keys to the Castle' so to speak...  Which, well now, we're going to have to come up with something biggerer and betterer and MOR securer than before.  Which mean Research and Development monies (i.e. MOR grift) and then built the prototypes, which 9 out of ten fail spectacularly on the first run... Look at the Sgt York AA Gun Track. 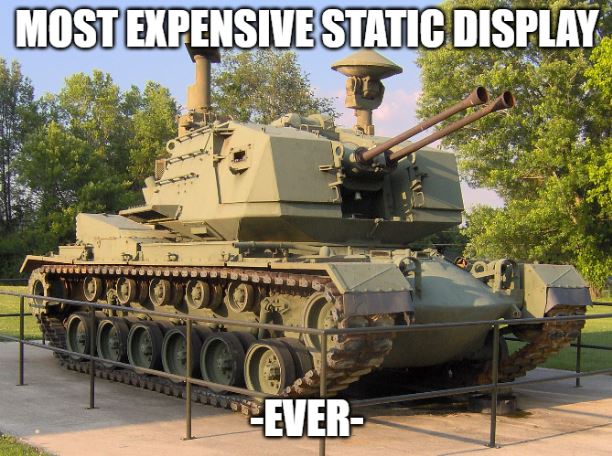 1 point 8 billion dollars in late 70's Cash.
There are, by accounts only -3- of these things left out of the initial development of 50... the other 47 were used and destroyed as targets on Chair Farce bombing ranges.  Those were some expensive targets Aye?  And the remaining three? Well, each one was about 36 million each.  In 1978 dollars... that's about (adjusted by the inflationtool.com) to $150,999,490.47.
A hunnerd and fitty MILLION dollars per shot for a non-operational piece of shit.
Any wonder we haven't had a full on collapse yet?  I sure as fuck wonder sometimes.
BUT
Yeah, that's part of why we let 'em have the shit 'cos Oh No! We now have to develop countermeasures and newer and better gear!  MOR money into the maw of the GiantEvilMegaCorpDotMil... They need to keep them share prices up dontchaknow?  So THAT is part of the -why- of what we left behind... ALL the VSATs?  Yep.  NIPR/SIPR/RIPRnet?  All more than likely compromised, if in fact they were even ever really 'secure'... I have my serious doubts as I used to work with all of the above... <le sigh>
And then, other-other...  Seems now the Goal Poasts keep moving and NOW they want all the kids between 12 and 18 hit up, whereas a few ago, like maybe 2 weeks ago, it was "nah, they'll be fine!"  Which of course leads me to this: 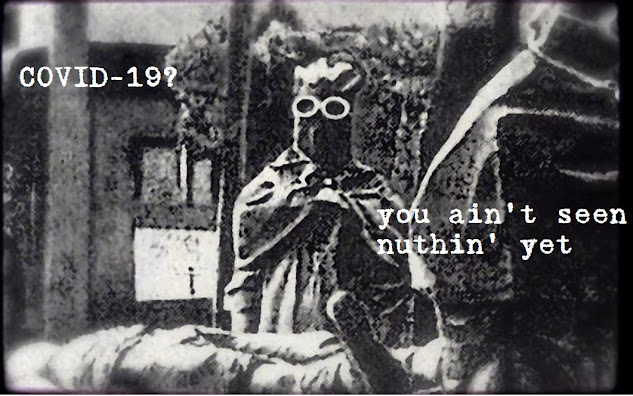 Yeah, that is mine.
I'ma laying claim right now as the one that I made the other day?
This one? 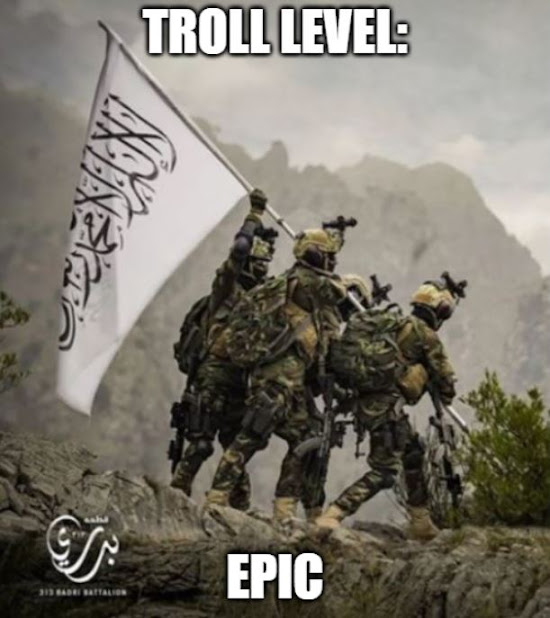 THAT one too I done made meselves
What did I say about if I had a dolla for each use of my memes?
Some told me Glenn Beck had used it, as well as a shitton of others... My memegame is apparently strong... now, back to my point...

Something is up.  We ALL know it.  In fact the "Delta" Variant is untestable per se... but it -still- is being touted as the reason du jure that evvabody is getting sick-er.  That and those dirty unvaxxed asshole selfish scumbags... It's all their fault
Fire up the trains and the camps everyone!

I joke, but unfortunately for anyone with half a brain can see that the rest of these fucking lunatic Branch Covidians ain't fucking joking.  They're -serious- about their beliefs and the feelz about it.
¡Science! is now whatever asshole of the hour who wants their fifteen minutes of TV fame whoring game sez it is.

And that, that right there is a HUGE part of it.  EVERYONE wants to have the limelight.  EVERYONE wants to be on TV, even if they're stone-cold-fucking wrong they don't care because they know that in their truths, that they are right and they are correct and that it is a righteous cause  that they're endeavoring in, and that they really don't have to worry about repercussions, 'cos those only happen to those icky deplorable uneducated brutes...
Yep
Keep tellin' yerself that cupcake.
Telling you, when and IF they decide to flip the switch for us
Even though it might be a horrendous waste of good ammunition
I'm thinking I'm going for 'slow, crippling, painful death' shots...
Lower Spine
Genitals
Stomach
That 'sweet spot' riiiiiiight above the sternum?  You know... the one that incapacitates, floods the pericardium with blood, but leaves them slowly drowning in their own blood while completely paralyzed?  Yeah... that one.
Pelvis?  Yeah... shatter it and sever the internal/external illiac... dead in a few minutes...
Make it so -obvious- to anyone else with them that we're through fucking around
Put the Skeer in 'em
Git 'em runnin' and keep the pressure on.
So, Head on A Swivel
Keep on Keepin On
More Later I Remain The Intrepid Reporter
Big Country 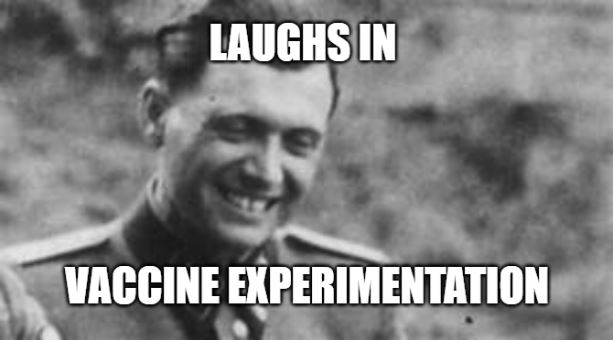