Greetings Me Droogs N Droogettes!
Again, NOT covered by the Ministry of Propaganda, a story out of the Daily Mail.  This one being very interesting so to speak.   Apparently, 'supposedly' for the first time evvar (leastways stateside), they landed a couple of planes on a standard 'Murican Freeway.  Somewheres up in Michigan apparently 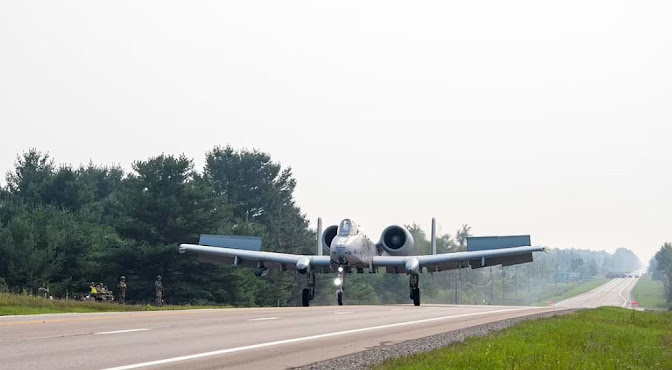 Seems they landed a A-10 which was what that particular plane was designed to do, meaning the landing on highways and out-of-the-way locations to do the dirty on the enemy.  They also landed two C-146A Wolfhound operations transport planes, of which I'm not too familiar with.

Seems the C-146A is a Dornier built cherman ass-and-trash hauler for the Air Force's Special Ops Airfleet.  Essentially the "Fixed Wing" branch of the Task Force 160 Kids, as Army isn't allowed to do stuff like that or leastways weren't back in the day.  Another topic for another time.  Anywho... looking at the specs of the C-146, and seeings they landed two of them in conjunction with an A-10, I'm wondering if it'd be "one filled with Beebees" and the other loaded with Go-Go juice?  It has a nominal cargo carry capacity (leastways what the data sheet they put out sez) of 2,000 pounds.  Not sure...
OK, according to the google, one planeload of fuel blivets would only work out to a drop in the tank of an A-10, so that's a no-go.  Seeings there's only 20 of them lil hoppers out there, I'm not sure who or what they'd be doing in conjunction with an A-10.  The Warthog needs 11,000 pounds of Go-Go Juice, and the BeeBees?  Yeah, 2000 pounds of 30mm is like nuthin'  30X173mm is a big fucking round... the PGU-13D (HEDP) is 1 pound 7 oz per round.  The bigger meaner round is the MK264 MPLD-T (multi-purpose/low drag, tracer) comes in at 1 pound, 13 oz per round.
So, I stand corrected, even two planeloads ain't reloading that A-10 with a combat shot.
So, the only other thing is infiltration of a team of FACs (forward air controllers) and SF sneak and peek kids.  Notice in the pic of the C-146, one of the new General Dynamics scrambler SF go-carts is in the pic, which probably means that the SF kids were out to play so to speak...
Now, this means that they're genuinely ramping up their dispersal capabilities.  The 'supposed' myths of the Dwight D Eisenhower Highway System back in 1956 was that it was designed to assist in evacc'ing civvies out of cities in case of a Nuke War, but it was more modeled on the German Autobahn system... which -just happened- to be designed with the landing, refueling, servicing and such whatnot of aircraft in time of war, as well ass rapid and efficient troop movements if needed.
Damned tricky them Krauts Aye?
Soooooooooo here we are... SF kids and Tankbusters being tested in deploying dispersal-like.
Things that make you go Hmmn?
Is this a potential dispersal b/c they know the bases they want to operate from, well, hell as everyone on the blogosphere has pointed out, are pretty much shit out of luck in the short AND long term.  Any asshole with a 7mm Deer rifle who can get 'eyes on' an aircraft can put a round in it, and take it out of action.  So, if they're worried about yokels putting their flying machines out of action, would they be sending them out to the boonies?  Boonies are where the potential anti-DotGov OPFOR will probably be operating out of. 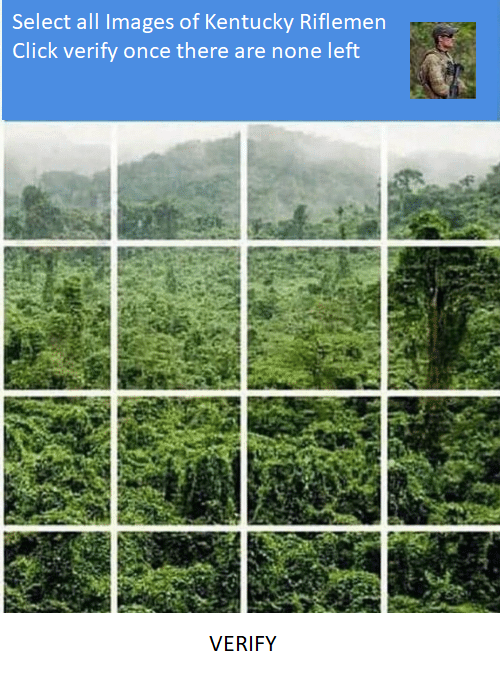 Doesn't make a hell of a lot of sense Aye?
Unless they're worried about something else
Joe Chick or 'other' bad actors?
Loss of a base means usually out of action.  As far as I know, this's the first time that they've ever really done something like this stateside.  I duuno... what say you?
So, update, the doggo has a pinched spinal nerve and severe arthritis.  Doc said he should recover, as long as he gets rest.  We'll have to see.  MY back however, after a night of torture on the "Bed of Pain", me?  Just put me down instead, or give me the drugs they gave to poor Guido... motherfucker is high-high AF right now... got that doggo-stoned smile on chillin'... I really appreciate all the thoughts and prayers!
So, More Later I Remain The Intrepid Reporter
Big Country 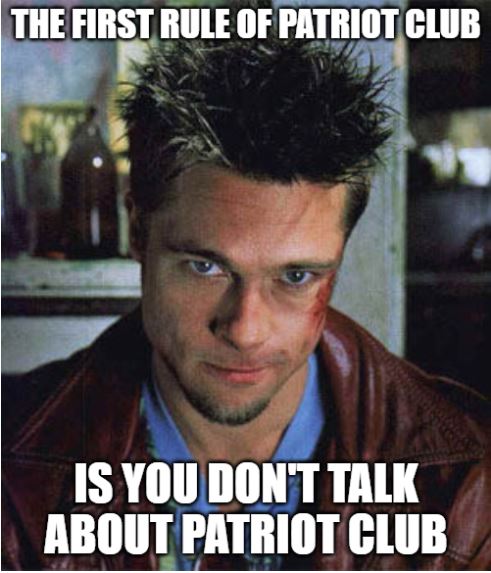 Posted by BigCountryExpat at 12:30 PM