Greetings Me Droogs N Droogettes!
Sorry for the absence yesterday.  We had GranBebe another day, and Wifey decided that we -needed- an adventure.  So's we loaded up the fambly truckster and rolled to Weekiwachee State Park or however that place is spelled.

Wow....
And yeah, that IS how it looks.
It's -also- a place where they have a world famous Mermaid Show.  Guess who has an obsession and fascination with Mermaids?  First two guesses don't count: 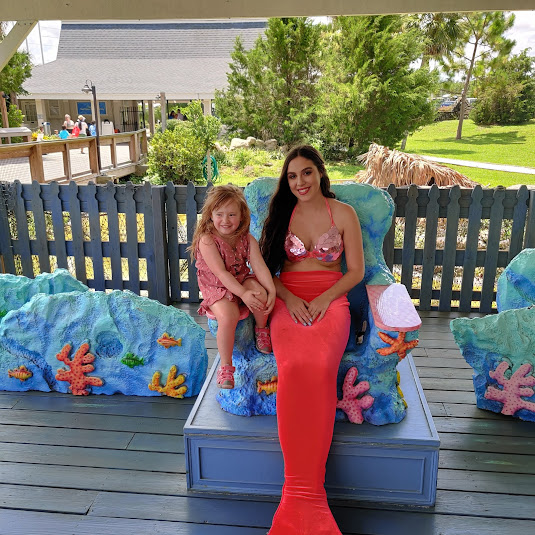 The mermaid show actually has been around since 1945!  It's actually really cool.  These sweet young hotties do an underwater show of Hans Christen Andersen's "The Little Mermaid", all under water.  They have air hoses that help keep them under the water, and the athleticism is really impressive.
The show was about 30 minutes, with a 30 minute build up.  The build up was a bit hard on GranBebe as she's 3 and half, can't sit still, and at the thought of Mermaids, was acting like a crackhead with a fresh fix on.  When the show did start: 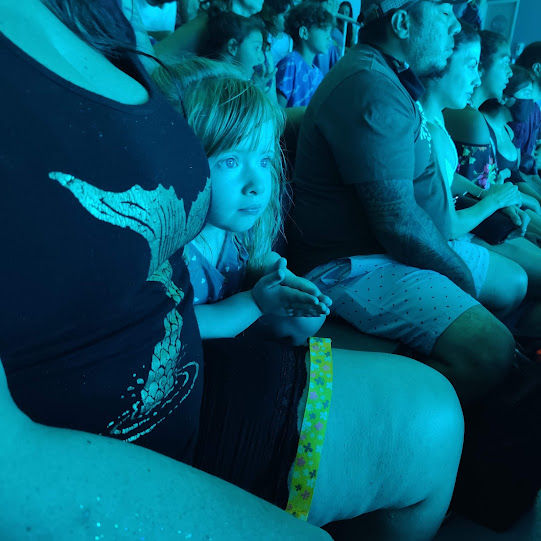 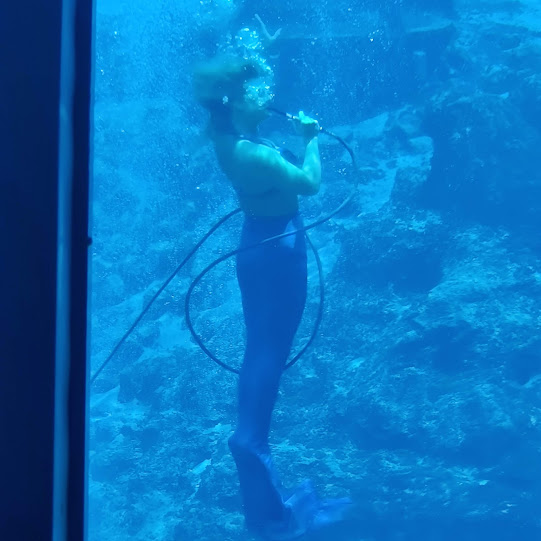 It was hard to get good pics, this one shows one of the girls taking an O2 hit... and no, that isn't goggles she's wearing, that's the air bubbles blocking the face... I was really impressed.  I mean the amount of dedication and training that probably goes into this is crazy.  Wifey researched it and told me that it takes two years to become one of the main mermaid actor/actresses.  I can believe it.  For fun, at one point I -tried- to hold my breath as long as one of the girls in the drink... me?  I'd be a dead mo'fo.  One girl I swear broke the 3-4 minute marker, the whole time doing underwater acrobatics.
Very Impressive.
10/10, Highly recommend if you get the chance.
$13 per person to get in.  Gets you the show and the water park, which itself was cool.  I didn't go in the water though, as I was on overwatch.  The coolest part though was that it was free for us, as I flashed my Disabled Vet card, got a "Thank you for your service" and got in for free.  State of Florida bennie... all state parks entry fees are waived for us broke dicks.
Sooooo because of El Aventura Grande, and herding a rambunctious 3 year old, when we got home, 2 Jack and Cokes, a muscle relaxer and bedbedbed.
We just woke up.
Tough gig.  Back is sorts of blown out from having to hump her out of the park like an unconscious sack o'taters on the way out.  She was TKO by the end of the day.  Walking dead shamble...  Well worth the Memories but man, "I'm gettin' too old for this shit."
Other notes:  One more day til I draw the wiener of the iTac.  Going to do it after the mail in the PM tomorrow, and announce it AFTER I check to see if the winner wants to be ID'd.  If you get an email from rakkasan101st@protonmail saying WINNER in the subject line, just reply back with your shipping addy and if you want to be mentioned.  Privacy in all things AYe?
Other Other Notes:  Mike at Cold Fury  http://coldfury.com/ is now offishully on board here as a Guest Editor and titled The Overseer of Droogs.  Gave him the whip hand as we been communicating, and have similar mental headspacing, so we've given each other the free hand to party on 'round here, as with me being now a CF Lifer over at his place.  Gonna see how that works and have some fun with it.  Check his site in the next day or so for me to be on there with some deviltry. 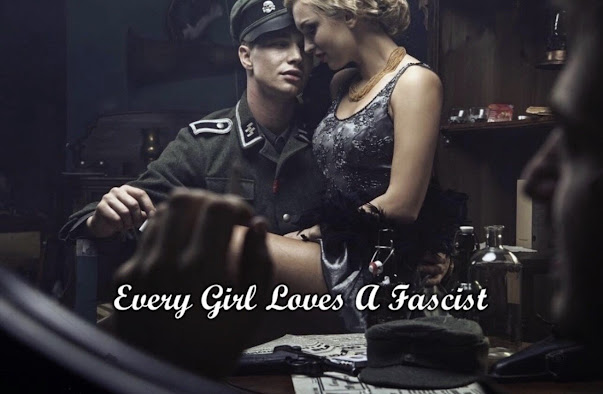 Posted by BigCountryExpat at 11:33 AM