Greetings Me Droogs N Droogettes!
So, lots of commentary here n there on this house and the backup regarding the NotVax and the whole 'passport' thing.  Amazing how the past few days the info keeps changing and changing Aye?  Seems when no one can make a decision, then no on is in charge, leastways that's my take of how bad the wheels are currently spinning in the Beltway these days.
So, one guy CraigT decided to try and shill in his uneducated opinion, to which he was immediately smacked down for.  Nice try there CraigT, thank you for playing.  Least I now know what my glownigger's handle is.  The other was a couple of links to that moron in Califrutopia who was selling vax cards out of a bar.  To complete strangers.  Positively brilliant genius level move there. 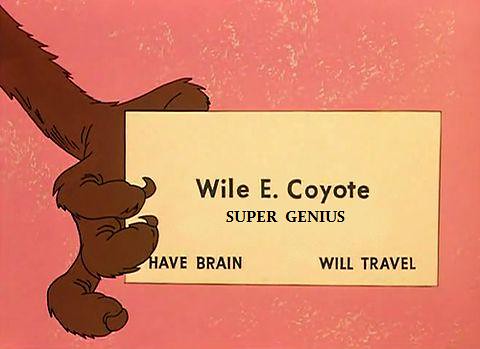 NPR has the story here: https://www.npr.org/2021/05/08/994967439/california-man-arrested-in-suspected-fake-covid-19-vaccine-card-operation
It's from back in May but seems to be getting more 'traction' now, which means they want you to have heard aboot it, so as to 'put the skeer on ya' if'n you were thinking as to being diabolical.  And a couple of commenters had a few things to throw out there.

redcabinsteve said "In Texas there is ImmuTrac2. Providers are supposed to report the shot within 24 hours. I’m guessing there’s more emphasis on getting jabs in arms vs the reporting of it?"
And Syznka_man had this where he quoted from the NPR article listed above: "Although the cards are easy to fake, the actual vaccination records stored in state databases aren't as easy to hack. One state, New York, has adopted digital vaccine verification using that data, but other states have been slow to embrace proof-of-vaccination mechanisms."
This issue here, and I dunno, maybe Aesop who -is- in the Hospital Biddness might be able to come in with some explanation, but it's the same thing I've told Sapper and a few -other folk- who I communicate about potentially devious and dirty deeds (none dirt cheap however).  It, in the case of the NotVax reporting, that it's a case of "too much info and too little give a fucks".  Now it Texas, don't know how the reporting is being done.  I do know that here in Florida, once they got the program started, I call it the Wild Wild West in that there were shots being given out all over the place.  MY Publix around the corner, the WalMart in like ALL the Tampa boroughs, the Parking Lot at Raymond James Stadium (THAT was a HUUUUUGE location) for drive-through shoot-em-ups.

Now, for the sake of argument, let me just pose this question:  WalMart... ANY WalMart... have you -ever- really seen someone who works at a WalMart,(outside of management, and even then) who actually give a shit about the job and/or their performance?  My WalMart?  I'm lucky if the shit is even on the shelves.  More often than not, if the shelf is bare, I look at the palletized 'stuff' sitting in that aisle, and 9 out of 10, the stuff I want is still in the crate or wrapped in shrink wrap, not yet on the shelves.  So... what makes you think that they kept accurate and timely records of ALLLLL the COVID VAx shots they -supposedly- gave out?

Not only that, what was the motivator for giving out those shots?  Did Wally World get a vig on "X" amount of shots?  Was there a quota?  If so, who vouches for the shot?  I watched and followed for my own edification a guy who got the shot at Publix.  He went to the desk/kiosk at the front door.  Showed his ID, girl wrote down his name that I could tell... not much more it seems, as she was done with his ID really quickly and then he went back to the 'shooter' who -I think- was the Pharmacy Tech, who swabbed and shot dude in like 2 minutes flat.  Dude was then guided over to sit for 10-15 to make sure he didn't fall out, and that was it.  I didn't ask too many questions, as I already have my bonafides as far as my local Publix is concerned, but still...
LOTS of people supposedly shot up with the NotVax.  So many, I'm thinking that it's too many to register properly.  It's hard to get clarity when things are so scattershot and buckwild.  Add on that now?  Apparently per Miguel at GunFreeZone https://gunfreezone.net/they-are-making-a-mockery-out-of-science-and-medicine/ HERE that the key:

"Hundreds of thousands of COVID vaccine doses have been saved from the trash after U.S. regulators extended their expiration date for a second time, part of a nationwide effort to salvage expiring shots to battle the nation’s summer surge in infections.

The Food and Drug Administration on Wednesday sent a letter to shot maker Johnson & Johnson declaring that the doses remain safe and effective for at least six months when properly stored. The FDA’s move gives the shots an extra six weeks as public officials press more Americans to get inoculated"
So -now- even the expiration dates are to be questioned.
So if you have say "Moderna Lot# XYZ123" and it originally expired on July 1st
And your card has those dates
What happens when the extend to re-extend the Expiration Date to October 31st?
It's going to confuse the fuck out of everyone involved.
Essentially if you got a card, AND get in as an 'early adopter' of the "VaxPort" you should be good.
I mean I suppose if you have some of the following: 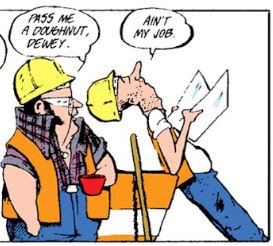 I mean do you really think that kid at Wally World gives a rats anus if you got the shot, or if that particular shot was recorded properly?  There ain't no way to make someone give a shit.  Money talks, and minimum wage?  Pluh-leeze.  They can't even get the stock ON TO the fucking shelves Aye.
I'm not worried.
At one point in my career as a Helpdesk Tech with Dell, when they had fucked us out of a promised I think .50 cent raise or some shit, I was called on the carpet for my attitude.  Got asked "Don't you care about the team's performance?"
Told 'em flat out:  "You pay me to be here, and to answer the phone.  You do not pay me enough to 'care'.  'Caring' costs a whoooole hell of a lot more than your willing to pay, so be thankful you got someone who at least shows up, and puts in the minimum."
Yeah... that was between contracts in Iraq... and the broad giving me flak was actually someone who'd been subordinate to me before I had left that place before, and she knew it.  I kept her in a near-state of mental breakdown on the regular, 'cos fuck that old incompetent bitch.
So, just roll with it, continue to observe.
Be the Gray Man
More Later I Remain The Intrepid Reporter
Big Country 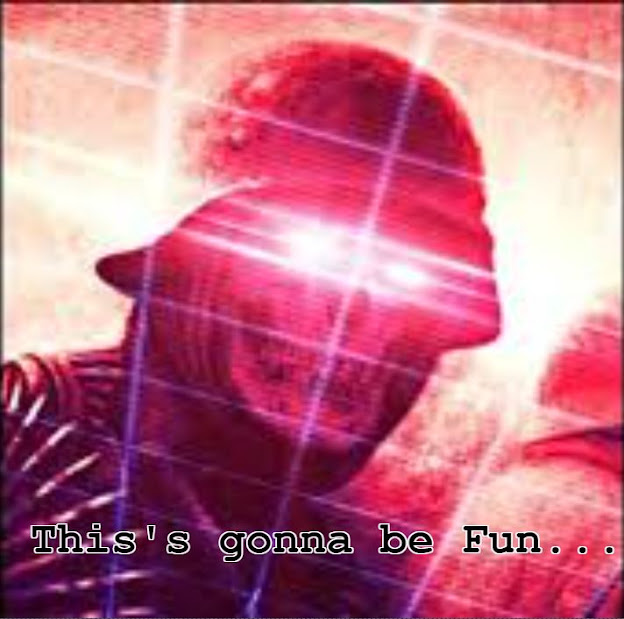 Posted by BigCountryExpat at 7:35 PM