Greetings Me Droogs N Droogettes!
Bit of a bummer today, as word is out that funnyman Jackie Mason went to -wherever- those of the (((Tribe))) believe they go when they die.  Unlike Christianity, Judaism isn't as clear on the Afterlife.  Either way, no matter.  Hope wherever he goes, he gets to enjoy it, as man, he definitely brightened things up 'round this place.
One of my favorite movies 'History of the World Part 1' he was in the song and dance number "The Inquisition" as "tortured Jew #2" in the credits.  THAT was funny...
Brooks is a genius... I'm going to be very bummed when he passes...
Hell, I'm amazed he's still kicking to be honest
Guy is older than dirt
Still funny tho.
So, had a great talk with Mike from Cold Fury last night.  Figured fon-time would be good.  I was getting hammered up, AND I made cookies too.  Inspired by the Crumbl poast.

OMG did I make cookies.  Dark Chocolate Flourless Cookies with home made espresso frosting w/espresso chocolate chips for the filler on the sammich. 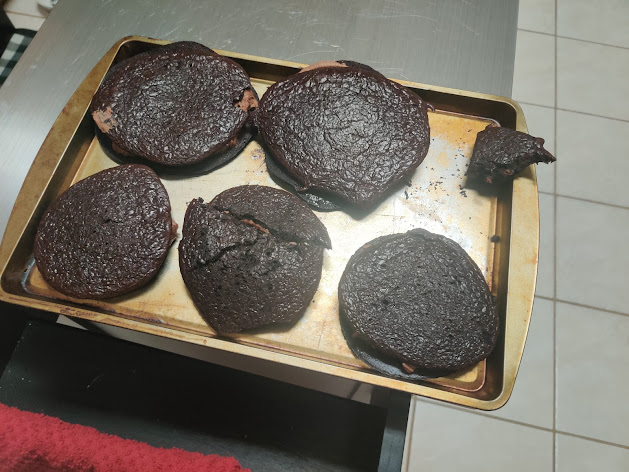 And yeah, that one in the upper right?
Test Cookie
That's my story and I'm sticking to it. 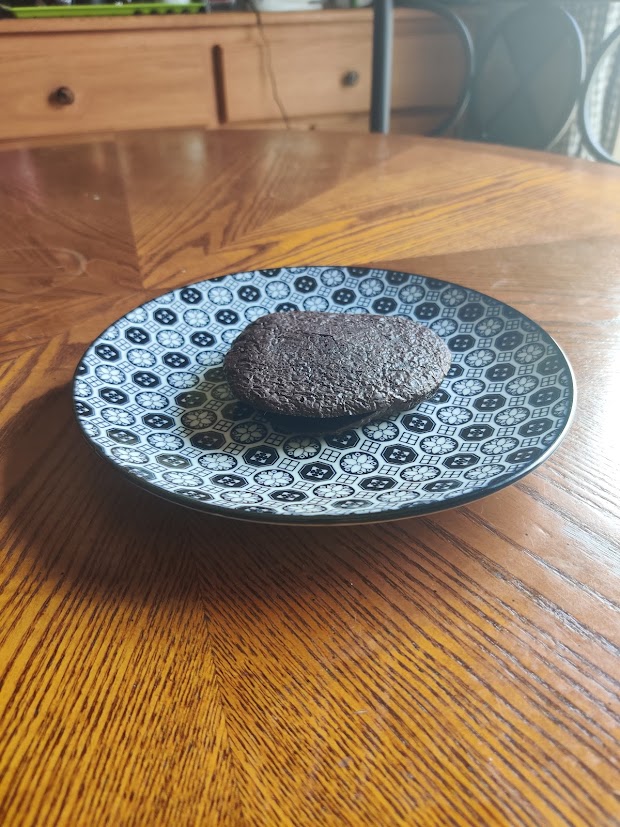 Sugar Coma anyone?
Yeah... I nailed them
ALL the recibes on the whebz tho.... Man, it is getting to be a parody... "Long about 6 years ago, during my first summer in Eastern Kazakhstan, I met a foodstuff seller with his blind granson....who then told me of the most magical cookies..."

Jesus Lord Help me.
We. do. not. care. about. your longwinded, winding story of feel-goodedness and bullshit.
Just. tell. me. the recipe!!!!
Takes me forty minutes I swear to sort out the bullshit to get the actual measurements and ingredients.  And in the end, I ended up winging it for the most part which actually works pretty well for me.  The pain in the ass last night was judging if I had the right amount of egg white, and making sure that I didn't break the yolks while separating them.  Tricky as the eggs I got, still good, but not super-super fresh.

Worked out in the end.
And dinner last night was insane as well.  Needed to make some space in the freezer, so I went out and got the older frozen ground beef, and collected ALL the shrimp in the freezer too.  Problem here is I'll use half a pound of large shrimp, and defrost them.  The other half goes back in the freezer, where I forget they're there.

Two weeks later, I open and use 3/4 of a bag of new bought, and put the remaining 1/4 in the freezer as well.  We hit the store for shopping, and it was time to consolidate/use up the smaller portions.  Did that the other day with the french fries too.  1/4 bag of tater tots, some random steak fries, and two partials of Oryda Crispy fries... threw 'em all  in the air fryer together... turned out pretty good.
So last night was 'consolidate and use up' the partials.  Made 5 pounds of Jambalaya by the time I was done.  Now we got meals for a week.  Turned out pretty damned good. 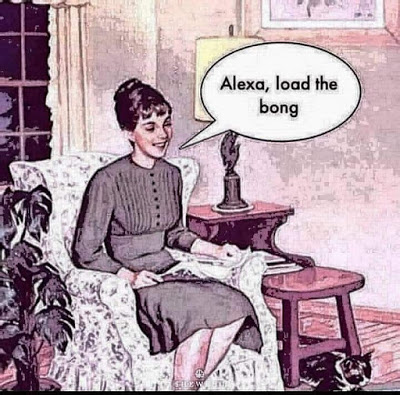 Posted by BigCountryExpat at 1:20 PM