Greetings Me Droogs N Droogettes!
First off, again my thanks to each and every single one of y'all who take the time to let me ramble like the crazed homeless doodz you see on Venice Beach.  Somewhat entertaining, and bit all over the place but damn, I do enjoy being able to vent the ole speen now and again here.  I also have to thank Art Sido, Phil from Busted Knuckles, Kenny A.K.A. Wirecutter, CA at WRSA and The Feral Drunkar... I mean Irishman for the links and mentions.  Y'all keep me going, as well as anyone else I may or may not have mentioned.  Too many for damned sure.  Mike at Cold Fury gets a special thanks for partnering with me too.  And all you readers no less.  Again, me most 'umble thanks! 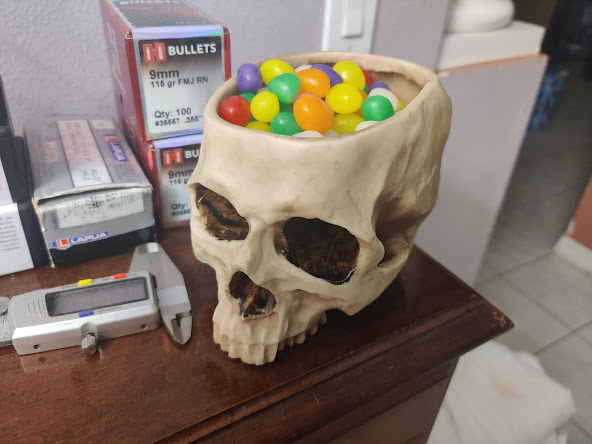 'Cos we about to break the 2 Million Hit marker.
We're currently at One point 9-2 Million all time hits.
Seems like just a short short ago, December of 2020, I hit my first 500K
Shortly after February of 2021 it was my first million
Now?  More than likely within 30 days I'll have my 2 millionth hit.
Whew.
I mean small taters compared to the Big Time like Phil and Kenny but ,man, feels good to know I'm sort of running hot now n'again.  Yesterdays poast was pretty good hit wise.  Lots of re-links.  But hey, I'm just here to entertain and be a dick.  Besides, ain't got shit to do whilst doing the job-search/apply all days online.  Next week I have to go in-person to the Job Place... Florida Workforce or something... couple of 'hot jobs' that they -don't- necessarily put out, unless they don't get a first-time hire from this.  There's also a veteran job co-ordinator who did me pretty good last period of unemployment.
So that's on the schedule
AND thankfully the reign of terror of the GranBebe is over until the next time.  We share the custody, and we juuust finished a long haul, and man, Wifey is down for the count.  She's currently back in bed, relaxing.  Dinner is leftovers all over.  Get what you want, when you want, as the chef (moi) is taking a night off.  Last night's main meal, home-made beef stroganoff has enough to keep us fed for at least 6-7 meals.  I made a TON of it with the intent of having easy to nuke good food on deck so as to not have to cook for a bit.
Although Sunday Spawn and his woman Shorty is coming over, for dinner or brunch I'm not too sure.  Either way, Sunday night I have some Korean Bulgogi on deck.  Publix had some really good buy one get one on some thin cut sirloin.  Gonna slice it into super thin strips, season the shit out of it, and put it over rice noodles...
Love to cook.  Just wish it could be done in a way that made me money.
Which, having cooked before in a professional setting as a kid, I ain't got no use for that.  Got a fren who's a school trained Cordon Bleu chef... like real deal, and man, he does it, but his passion for it is waning as he's done it for so long.  No longer a passion but a job.
Which is the lead in to tonight's minor rant.  Prepping, training, all that?  It's a passion for like almost all of us.  For some, like JW Rawles it's how he earns his living.  Other guys like JC Dodge is a trainer who makes his living out of his passions. Me?  I peck random shytte into the 'puter on my experiences, occasionally 'getting a beer or three' "bought" for my troubles (and thank you all for that generosity!)  but my true passion is building weapons.  However, I can't (at this time at least) do it for a living (nothing really available).  In the future?  Who knows.  Thing is, being passionate about something and loving doing it doesn't necessarily mean that you can earn a living by doing it.  As Dr DeadDad used to say, "It's a shame you can't earn a living doing what you love all the time."
The flip side of the coin though is like my school-trained Chef Bro... he did do what he was passionate about... creating fantastic food dishes in a highly regarded restaurant (Michelin Guide rated no less) for the beautiful people...  And now, unfortunately for him, at age 54?  He positively dreads cooking.  Poor guy has literally burned hisself out.  Still on rare occasion he'll cook something unreal, but it's got to be a special occasion, as he's totally -over- the work aspect.  When your passion becomes a job, that's usually when the fun stops and then?  How to deal with it?
Dunno.
I -do know- that when I was the Armorer for the DotMil here, that there were some days I positively did not want to go and gauge another 600 rifles.  I mean maaaan, between the paperwork and bullshit on top of the bullshit, it was maybe better that that contract ended sooner, rather than later.
It's tough to figure out, leastways for me.  I want to keep working, Aye.  I -need- the $$$.  Let's face it, until the world stops overall, there's always going to wants, needs, and must-haves.  Especially if you got a lil 'un like GranBebe, or a bigger, more domesticated version, like Wifey.  Them wimmenz tend to get expensive over time Aye.
Thig is, you need to step away occasionally
24-7-365 Doomie Pron like that dude Michael Snyder is constantly pushing?  OMG no.  Just stop already.  Shit is bad enough than to have a near-continual nonstop harangue of "The sky is falling the sky is falling!!!"  I mean any wonder why no one knows which way to jump or what to ready for?

I mean when I was a kid it was the Rooskie ICBMs we had to worry about.
Then, after that particular narrative seemed to have 'crashed and burned'
It became the eeeee-vil Mujahedeen and the Crazed Islamics who're gonna kill us all until we are dead!  Now?  Seems Whypeepo in general have become the cause célèbre who are being targeted
I mean what happened to Global Coolin... uh...Warmin... er... 'Climate Change?'
Or whatever-the-fuck the loontards jumped on to push whatever flavor of the week agenda they have?
Seems like Globohomo always has something going on in an untoward, unappreciated and to say the very least UNWANTED way that's the agenda that they're always pushing and shilling for.
Ye Gods
As I said before, just leave us be.
Let me grow old.
Get fat(ter). (BTW:  Good news, I'm down to 327.  Not bad)
Lazier
Let me see Spawn reproduce with my genetic coding being part of the mix so to speak.
I mean GranBebe is awesome but she's not got any of me code in there at all.
Now, her personality?  Definitely going to have a bit of mental coding plugged in courtesy of Moi.
But I -do- want to see my own Grans eventually.
I also do not want to eat jelly beans from the real skulls of mine enemies
I'm quite content to use my somewhat real looking one
For now.
But, if it comes to pass, it is what it is.
And nothing hurt.
Not me leastways
Them?  Notsomuch.
More Later I Remain The Intrepid Reporter
Big Country 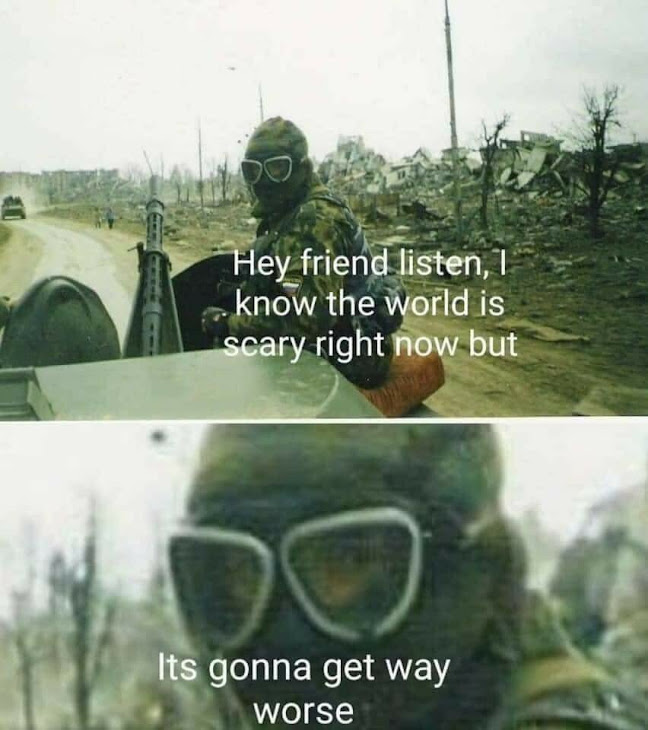 Posted by BigCountryExpat at 6:50 PM