On the Lighter Side...

Greetings Me Droogs N Droogettes!
Bit later than I wanted to poast, but you know how it is with a 3.5 year old.
Same for last night.
Good responses from a LOT of folks.  I appreciate the points of view, and dig all the thought that went into some of the comments.  The snarky one?  For the most part I delete, especially if they offer nothing redeeming.  Otherwise as most of you know, I even publish some of the trollish ones, just so's I can show I pretty much allow this to be a free fire zone.  Rounds, so to speak, go both ways.  Even DMV Gringo has been here in the past, though notsomuch lately.  Guess my open attitude didn't get the 'rise' out of him that'd he'd hoped for.
So, on the 'lighter side'
Wifey discovered, well, we both discovered this place a waaays back.  When we do the 'hostage exchange' as I jokingly refer to it, it's at one of those huge International Outlet-Shopping plazas.  That's when we p/u drop off GranBebe as it's halfway to each respective A.O.  Otherwise it'd be an hour and a half each way.  By sharing the distance, it keeps the motivation up to go pick up our very own lil Terrorist-in-Training.
So, there's a place there: 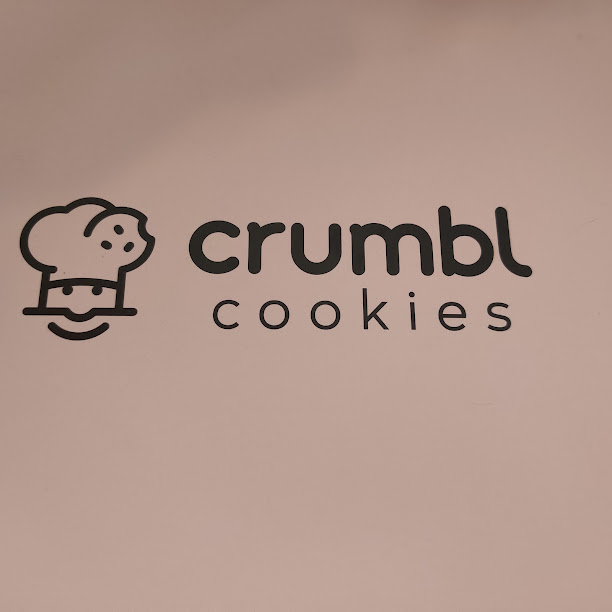 Crumbl Cookies.
Uh....
Yeahz....
I've been really good aboot Ye Olde Diet.  Been actively avoiding excess calories.  So it's been a bit of a plus that the nearest one was over 45 minutes away.  To say these are good cookies is like sayin Mozart was a pretty good music writer.  These things are really good, for my values leastways.  Doughy, Big, really tasty.  Problem is they -are- expensive.  Like $4 a throw.  Essentially froo-froo Organic Leftist Cookies.  Proud of the organic, non-gmo yadda-yadda.  I just know they taste really really really good.
So, yesterday, Wifey had an errand to run.  A Short hop to pick up some of her beauty supplies for an upcoming wedding she's doing.  Left me minding the store so to speak.  The usual.

Comes home with the announcement: "Do you know who just opened a store up the street????"
At first, I was like my normal snarky self... "No idea?  Chippendales?"
She reached into her shopping bag, and then whipped out my fave, a milk-chocolate chip Crumbl.
Uh Oh. 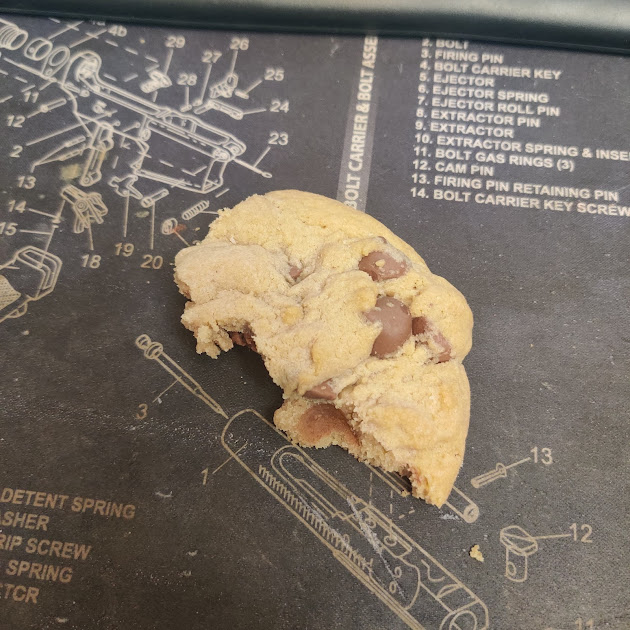 That's what's left.
Forgot to take the 'before' picture like all them daffy fucking broads who take a picture of their chow.
Needless to say, this ain't good.
Wifey ain't zigzactly known for her self-control around sweets.
Neither am I
So, they opened one up, of course right in the neighborhood.
Maaan.  Thankfully I be broke.  Easy enough excuse to avoid the place.  And I -don't- think they take EBT.  They sure as fuck better not or man, then we're really fucked.

So, that's the quick and light (well, maybe 'light' is a bit too soon to say) for today.  However, these Fat Pills are definitely only going to be able to be enjoyed rarely.  Otherwise, I'm going to go from "Big Country" to "Gargantua Country", and I'm not allowing that to ever happen again.  BT-DT at 450 pounds... never again.  I'm currently at 334 and losing, so, yeah.  "Get behind me Satan, Get behind me!!!"
More Later I Remain The Intrepid Reporter
Big Country 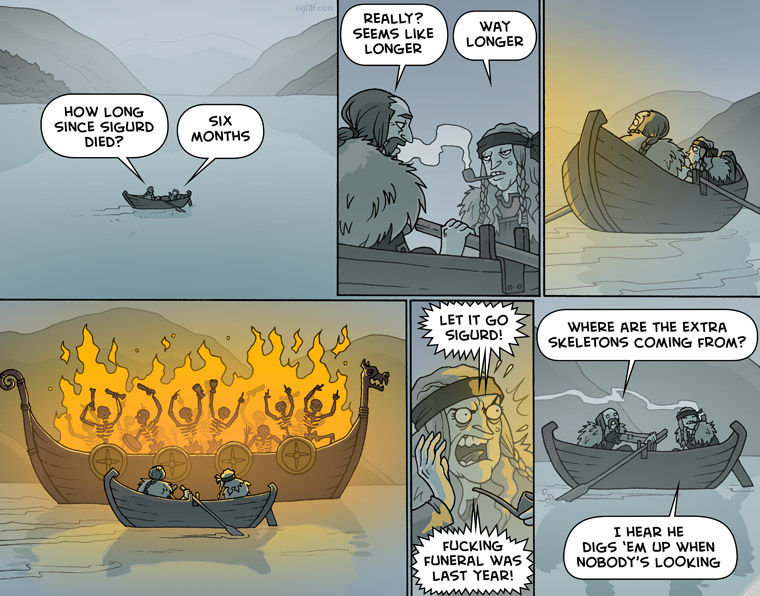