Greetings Me Droogs N Droogettes!
This may or may not cause some butthurt out there, but hey, Fuck you if'n you can't take a joke.  Thing of it is, the truth hurts.  As does stupid.  And there's a whoooole lotta stupid going on worldwide out there.
How stupid you ask?  Wait til 00:15 seconds into this:
Stereotypes are a stone bitch sometimes Aye?
Seems Sou'Frica has been going through quite the spell of bullshit.  Now, I have my own theories on it.  Mainly that they did this intentionally.  Ostensibly, the -reasons- for the riots were that the Zulus were rioting because 'their guy' got convicted of being a piece of shit... corruption in Sou'Frican Poly-Ticks is like corruption everywhere in Africa.  There are no legit and honest politicians -anywhere- in Africa.

Motherfucking Diogenes?  Rots O'Ruck there buuuuuuuuuddy.
For the less informed visitors, "Diogenes the Cynic, also known as Diogenes of Sinope, often resorted to theatrical devices to demonstrate a philosophical point. According to Diogenes Laërtius, Diogenes once roamed the streets of Athens carrying a lit lamp. When asked what he was doing, Diogenes said, “I am looking for a human being.” This quote is more commonly translated as “I am looking for an honest man.”  Hat Tip Quotesfromthepast dot com for that... Either way, an "Honest Man" nor "Human Being" is NOT going to be found in Africa among the melanin-supreme.

So, according to the BBC: "The catalyst was the arrest last week of Zuma, with his supporters blockading major roads - the economic arteries of the nation - as they demanded the release of their political hero.

Low income levels and unemployment - standing at a record high of 32.6% among the workforce and even higher at 46.3% among young people <bold mine>  - are seen as the ticking bombs that have exploded.

Many South Africans have been shaken by the riots that have swept through Zuma's political heartland of KwaZulu-Natal and the economic hub of Gauteng.

And many feel that his successor as president, Cyril Ramaphosa, has failed to provide decisive leadership - either to calm anger over Zuma's imprisonment or to reassure South Africans that they will be safe."
Now, MY analysis:  Ramaphosa had Zuma locked up a full week before this shit kicked.
LOTS of Sou'Fricans are saying that this was planned waaaay in advance.
-Nothing- spontaneous about it.
Very specific targets were chosen, mainly food distribution and logistics hubs
I think that they're looking for a bailout.
The ANC (Apefrican Nutjob Communists) ran South Africa completely and utterly into the ground
Took a metaphoric Concorde Jet going Mach 2, and aimed it at the ground, screaming "Equity" and "Equality", nevermind "We wuz Kangz and sheeeee-it!!!"  And of course, that finely tuned, highly sophisticated metaphoric Jet plowed into the ground at warp factor 5, leaving a smoking fucking crater.  And, methinks that Ramaphosa and HIS goons, well, they've been watching the Untied States and the Burn Loot and Murder chimpouts, and figured "Hey, they ain't done sheee-it to stop their own, and they -love- to be "The Great Whyte Savior"... IF we BLM dis place, the Liberal Whypeepo of 'Murica will come to our rescue!!!  'Member 'We are th' Wurld?'

See, I think, and this's me, and I haven't seen anyone else talking aboot it, but I think Ramaphosa wants to ride the 'nigger guilt train' back to some semblance of economic stability.  After all, we paid for, well, shit... everyone, everywhere, whenever decimation happens, us moronic guilt ridden Whypeepo seem to step into the breech to pay for and assist everyone.

'Cept this time.
I say
LET THE FUCKERS STARVE.
FUCK. THEM. 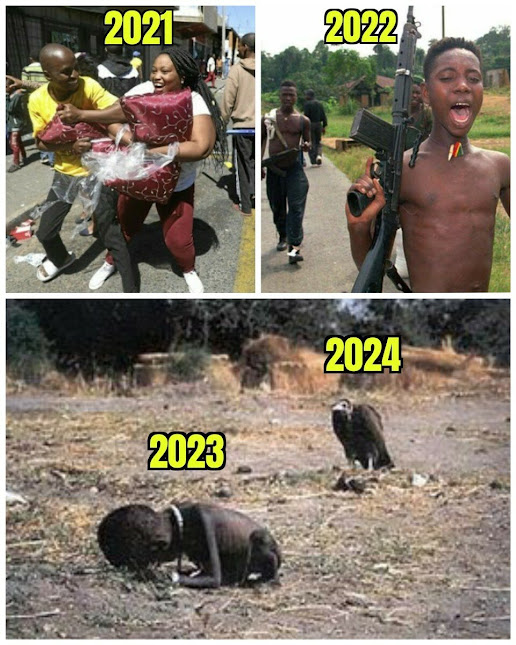 After all the shit the fucking ANC has done?
Fuck those guys
I look forward to the vidya of 2023 being chewed on by 2024.  'Cept word is that it's already in progress.  MANY tweets from various black retards who rioted now complaining that "Dere ain'ts no foods".  Uh, yeah... you fucking thoughtless jungle bunnies done destroyed ALL the infrastructure and food distribution...

Of course they won't though.  Back in the day, The Congo had some 'supply issues' and first thing the natives did was went all in, back to cannibalism.  Let 'em eat each other.  Fuck 'em.  And tell you what, usually I do not get involved in any sort of letter writing or shit to any asshole in DC, but if they start and "Aid for Apefrica" and NOT for the Whypeeo?  I'm all in on stopping that retarded shit.  Only thing I'd do if I had the wherewithal is help sponsor a Whypeeo fambly OUT of that shithole.
In fact, ANOTHER factoid being left out, which also, leastways to my thought process was that the ANC was just about to remove the ability for the common folks to own a gun 'for self defense'... meaning they were in-progress to eliminate private ownership.  They'd already started by making ALL the people who owned guns get 'training and/or retraining' from my understanding, with the intent of collecting up the non-compliant folks guns... that was suppose to happen in a few weeks.
Instead, everyone who got retrained used that training and the places that saw the least looting/pillaging were the places defended by the gun owners who self-organized, as the Police were either out of ammo, outnumbered, or, most commonly part of the looting and pillaging.
Takeaway Lesson:  NEVER. EVER. GIVE. UP. YOUR GUNS.
So More Later I Remain The Intrepid Reporter
Big Country 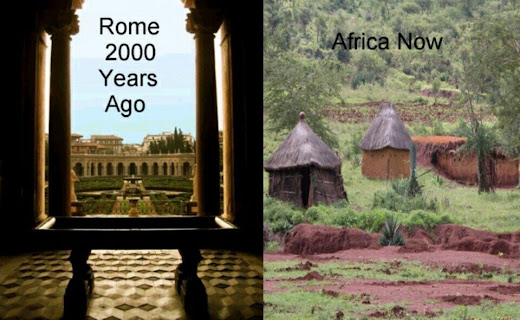 Posted by BigCountryExpat at 11:37 AM