...As He Runs Screaming Off into the Distance

Greetings Me Droogs N Droogettes!
UPDATE: Some y'all been offering to hit the tip jar.  DON'T.  Please.
I appreciate the sentiment, but y'all have done enough for me.
We'll muddle through the latest kick in ye nads.  No worries.
Now, back to the show.

So, yeah.  Seems my FBI/ASP article was well received yesterday, and a LOT of good comments and whatnot.  CMDR Matt Bracken, of "Enemies Foreign and Domestic" comes by on occasion and left a mark to a imagur that he made after reading my article: 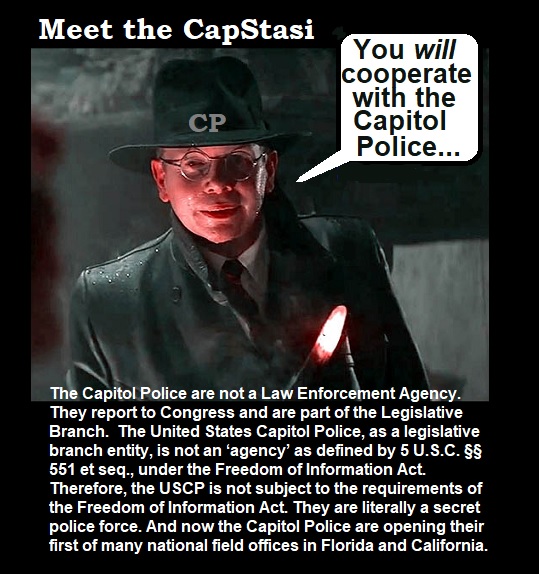 Fuckin' Aye!
Love hearing from the Commander.  Not his fault he went Navy... brain damage and all that... you gotta be brain damaged to be a SEAL.  At least he's not a Marine.  He knows who his father is.  <drum riff>
OK all interservice baggin' aside, he does good memes.  Really happy to see I gave him some 'grist for the meme-mill' so to speak.
Todays subject.
As to the title of this one?  Went out this A.M. to see Wifey off to work.  Noticed a lot of water coming out from the -left- side of the garage.  Now, those who've been here a while know my Air Conditioning had some issues that we resolved on the cheap (DIY).  Have to either way as I and like -no one- has the skrim on-hand to replace a central air unit.  Highway robbery for those Aye.  I keep this one together with prayers and bailing wire until we get another good electrical storm here and it gets fried.  THEN I can use that homeowners insurance.  That being said, the drain hose is on the -right- side of the garage.  And when there's water -anywhere- else, it means the drain is usually stopped up, and needs to be fixed.
Except today.
Today goes with "What else can go wrong?"  This time?  The water heater apparently rusted out in a spot on the bottom.  As in last night sometime.  Drained it, ANDD on top of it, the coils then burned out it would seem.  Now, thankfully it didn't burn the House to the ground BUT damn it.
Which tomb did I desecrate recently?  I know I peed on a tomb at some point.  Maybe when I was in Egypt?  I know I pissed all over Akhetaten.  Didn't have a choice.  Must have whizzed in the wrong spot...

So add that to the tab of pain in the ass.
Good News though.  I interviewed today and it looks good.  Doesn't pay as much, but still.
Don't knock it.  Sapper starts his new gig next week.  Time for the dude to step it up methinks.  As far as hot showers, we can wait.  It -is- Florida after all... even the cold water ain't so much in the summer here thankfully.  Sort of like Iraq.  Hell in Iraq, we NEVER used the hot water.

Telling ya, Me and Phil, two bad-luck peas in ye olde poddage.

But, at least I got my sense of humor still.
<cut to Big Country running while screaming manically into the distance>

Now, couple of folks mentioned that the potential formation of the American State Police would 'involve too much red tape.'  I wholeheartedly disagree.  All it took to get the DHS and then the TSA built was executive fiat because it was an emergency.  Look for a major black-swan/flag event on the same lines domestically to get the ASP put together.  And trust me they'll be using it as another  affirmative action program, hiring those who normally couldn't wouldn't and shouldn't be in such positions of power.
Another BC True Story.  Before I went to Iraq, I was office worker, IT, type one each, underpaid.  Hadda second job working at a 'packy' as we call 'em in New England.  Specifically a liquor store.  Paid shit-money BUT the boss was cool with letting us have the 'spillage' of extra cases and bottles occasionally.

Free Beer?  Fuck to the Yahs!

So, I was there working during 9-11.  Had another kid working with us that the boss finally fired for being, quite literally the dumbest motherfucker evvar.  Wish I was exaggerating.  This kid couldn't count.  Literally.  Gave out wrong change sooooo often that it was recockulas.  Nice guy, just stone-fucking-rockheaded-dumb.  Jethro Bodine 'least had basic nummers yaknow?  So, boss cuts him loose.  He kept coming into the store though to get his daily-daily of minis.  4 mini bottles of the most rotgut vodka ever... called "Cossack" ands was like less than a $1 a nip.  80% paint thinner... I shudder at the memory...

So, couple of weeks after 9-11, kid comes through the door.  In a uniform.  Transportation Security Administration.

Tells me he's in the first class, and going to be doing airport security at Logan.  For like $40K a year.  I was startled and horrified, but didn't let on, not that this guy would have noticed.  What's even worse, was a few weeks after that, he showed again, this time in a suit.

He's been promoted.
To Supervisory Agent
$140K a year.
One -always- remembers that moment when your faith in the FedGov totally and completely disintegrated.  That one true moment of clarity... that exact moment.
This was mine.

This fucking rock-with-lips was now in charge of ALL of the security of Logan International Airport.

I remember thinking "God Help Us All"
Of course this's before we pretty much realized that without the FBI, there'd be zero terrorist threat in this country.  However, this asshole who couldn't count basic change was now in charge, and making MAD bank?  Whew... took a while for me to come to terms with that.  It also showed, leastway to me, and in ALL my subsequent encounters with "Thousands Standing Around" that it was a "Hero Project" much like the Civilian Conservation Corps was during the Great Depression.  Get 'worthless eaters' into uniform, make 'em into a loyal voating block, give them lifetime job security, wash, rinse, repeat.  The TSA was a "Hero Project" for the Global War on Terror instead of the Great Depression.  Give the Karens a sense of security, and employ the otherwise unemployable.
And the eventual creation of the American State Police?
You can bet yer bippy it's going to prioritize hiring militant blacks and 'other' minorities... any bets they even waive the citizen requirement to let illegals in?  And the 'target audience' of these mooks?
You 'n Me folks.
CRT = Caucasian Replacement Training
It's already started.
So stuff to think on.  I gotta figure out how the fuck I can get a new water heater.
<Le Sigh>
More Later I Remain The Intrepid Reporter
Big Country 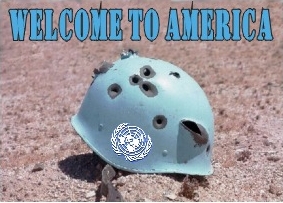 Posted by BigCountryExpat at 12:41 PM