Greetings Me Droogs N Droogettes!
Still alive here.  Still unemployed.  Don't forget the raffle ends in a week or so.  All y'all who've donated so far, eternal thanks and PBUYN.  Can't go into the whole sit-rep but a LOT of great advice from some of y'all and I'm persevering.  Depressed as hell, but holding up.  The depression about the job was actually minor.  When you know you did the right thing then hey, I'm at ease with the situation.  No real downer 'cept to figure out how to reactivate my Uber App to start literally hustling the bux.  Nope.  The BIG downer that's had me down n out is Affy. 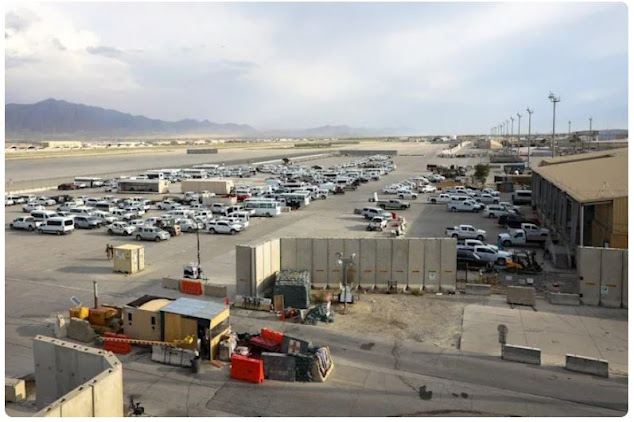 Yeah...
The word broke about how we like -slinked- out of Afghanistan's Bagram Air Base in the dead-of-night.  I really couldn't put my thoughts down...
Bit of a mental block Aye?
But I'm back now.
I wouldn't doubt if my truck is up there in that pic somewhere.
<Le Sigh>
This thing, dunno... It brought me back to another faaaar more public abandonment of a country.  Sometime in 1975 specifically.  I remember watching the Fall of Saigon? or Maybe Phnom Pen.   One of my earliest memories from childhood.  Black and white TV in the living room, DeadDad all serious, FedBro was a baby, I was about 5ish.  MomUnit crying and I remember because MomUnit was crying.  Freaked me little droog-brain out.  Vaguely remember tanks? or something crashing around and little slanty eyed people waving and yelling and whatever... fragmentary, but MomUnit over the years has confirmed the memory and that her crying upset me.
She was crying at the waste.
Lost time
Lost friends... she lost friends
Kids who went into the Corps. and ended up in the Meatgrinder that was Khe Sanh.
Couple of other kids they knew who flunked out of college and the draft caught 'em.
Another friend who's still alive and around, but at the time was horrifically wounded.
Made her cry.
I never forgot.
And then 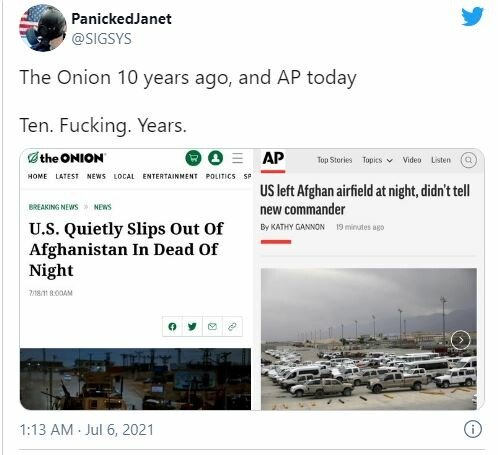 This shit.
Any wonder I'm a bit winded and bummed? 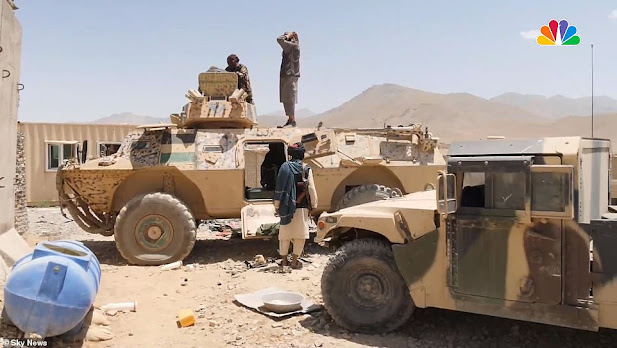 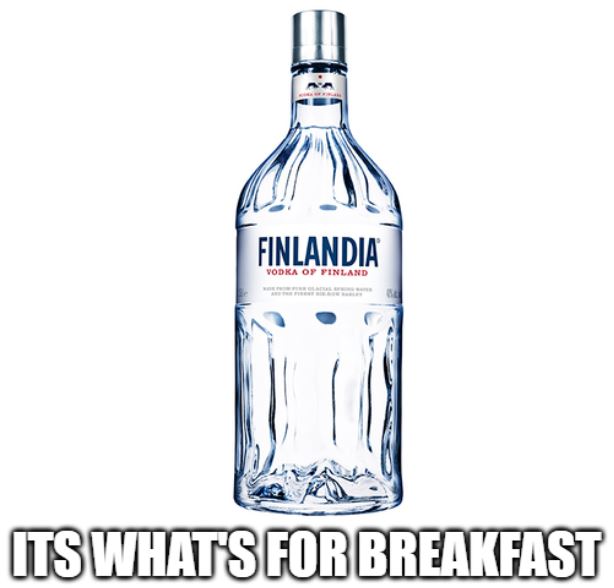 Posted by BigCountryExpat at 10:58 AM