Greetings Me Droogs N Droogettes!
What. The. Fuck. 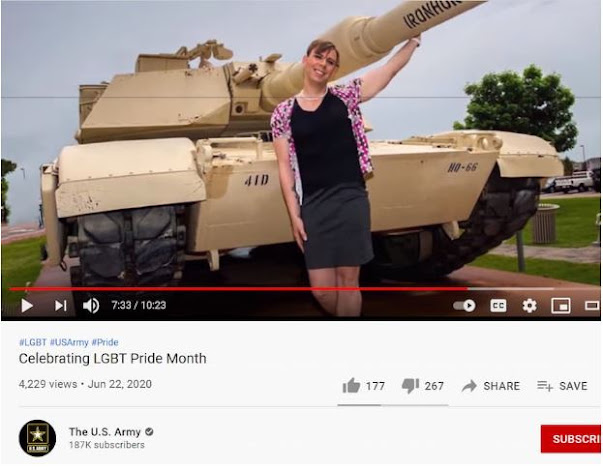 Any dude who had the balls (or lack that thereof) to take that picture back in my day would have been curbstomped.
Any "dude" that was in uniform and pulled that sort of shit when -I- was in the Army would've been driven out.
Righteously so.
Obviously, times have changed.
Not that we didn't have fags in when I was in.  Hell no, we had plenty.  I know of at least two that were in my last unit I was in.  Great soldiers.  Soldiers first and foremost.  Who or what or they did off duty?
We. didn't. care.
As long as they did their job, we didn't give a fuck -who- they fucked.
This. will. not. end. well.
Primarily because these fucks are going to get 'special games and prizes' by dint of their preference for smegma and buttsexx.  Not enough to be a proud member of a elite fighting unit, nonono... you need the promotions that go along with being a cornhole cowboy.  Want to make E-5 in two years?  Come out in drag.
True story from the Days of Don't Ask, Don't Tell.
My best friend from Basic went on to become a Platoon Sgt in Germany of a TOW platoon.  One of the first of the new 'regenerated' anti-armor units.  Had a kid that was a little 'off' by normal standards, but not-so-off as to be worrisome.  The 'new Army' no longer had room inspections, but "health and welfare" inspections to make sure you were in a 'safe and healthy living environment'.  In the Infantry, new name or not, it meant a balls-to-the-walls cleaning and prep for a good ole full white glove inspection, with wall locker layout of uniforms and gear.
Anywhoo, my boy "Sgt D" as I'll call him, "D" went in, found dis fukkin' guy standing in his class "A's" at attention by his wall locker, dress-right-dress and squared away.  "D" did the basic walkthrough with the Lieutenant, and then went to the Wall Locker.  Door #1 was the uniform locker, and squared away.
Door #2 had his personal gear.
Now, looking in the 'personal side' was expected, not required.  Needless to say, on relating the story, "D" and the El-Tee could only goggle with bugeyes at the sight.

Size 12 Patent Red Leather Heels
Couple of Dresses and Wigs
A vast selection of buttplugs and dildos
Glamour Makeup and the like.
Needless to say, after they saw it, "D" slammed the door shut, looked at the troop, muttered "Carry on." and left, dragging the Lieutenant out of the room.  Once in the hallway the LT opened his mouth to speak at which point "D" cut him off and said "May we never speak of this again. It didn't happened, we saw nothing, we speak of nothing and if you ever open your mouth Eltee, I'll deny being there."
"D" filed his retirement paperwork shortly after.
The troop in question, well, whatever the word was, he was a good troop.  Wasn't the reason why "D" retired at twenty, but a contributing factor.  "This ain't -our- Army no more B." is what he told me.
However: word -did- make it around about what was found.  The Infantry gossips like a bunch of Wimmenz I swear....  Word spread.  And shortly after, this guy suddenly was -never- picked for any extra duty, nor stuff that a lot of regular troops -would- have been chosen for, based on that IF he complained, it'd mean the end of a career or three.  He never was assigned a roommate either.  He always seemed to get promoted, and never got 'pinged' for 'stuff' that others would have.
See a pattern here Aye?
This right here.  THIS is why this sort of shit is so corrosive.
Because long after that inspection, "D" happened on the guy again after he retired at Fort Campbell.  Where he then started laughing his ass off and related that the whole time, he was running a con.  He -knew- that by 'playing the fag' in the "don't ask-don't-tell" that he'd become untouchable.
Makes you wonder what's really going on in some cases.
When I was at Art College, the term was "LUG" Lesbian Until Graduation.  Meant the split tails could get an Auto "A" from the bluehaired Bulldyke professor while a guy like me had to be verbally and mentally abused to get a "C"... IF I was lucky enough for even that.

People are going to abuse the system.
Of that I have not a shred of doubt.  Nary a whit of it.
And as far as combat readiness?  Don't make me laugh.  The DotMil is a pale fucking shadow of a whisper of it's former self.  It's a welfare program for retards and near-do-wells who make too much for welfare, but don't make enough to live as comfortably as they'd like.  And this is from me, as hard a charger as there ever was.
Right now, I'd definitely presume the DotMil to be on the downward permanent slide... think the Post Nam slide, 'cept with sodomy and drag queens to make it even funnier.  Back then it was racial as fuck too, but it was the heroin and drugs that were a BIG issue as well... this time?  Buggery and Batshit Crazy.  It happens every. single. time. we lose a war or three in this case.  The DotMil loses it's collective shit.
And -anyone- still that very same-now-insane DotMil who identifies as even remotely normal is gonna fucking bail like the airplane is on fire.  Why risk it?

Hell, I've been getting pings to go back overseas NOW as the Koof is winding down.  They need me and my specialties.  Now, do I like the monies?  Hell yeah.   Do I like deployments?  Shit yeah.  Do I want to go running headlong into what's rapidly becoming a political minefield of stupid?
I'm dumb, not fucking retarded.
Even Corky wouldn't go there.
Talk about fucked.
And if -I'm- planting ye olde foote down on this, how many others like me are too?
Going to be a lot worse as time goes on methinks.
So, More Later I remain The Intrepid Reporter
Big Country 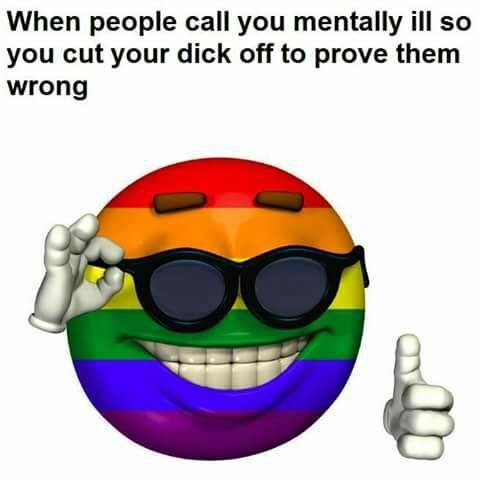 Posted by BigCountryExpat at 1:01 PM