Greetings Me Droogs n Droogttes!
On the fons today at work and maaaan.  Had a humdinger of a call.  Wife of a Vet that no-one was helping.  Long of the short, she at one point, said he was suicidal.  That's a hard stop right there.  I let higher know what was going on, and then kept on the fon, at which point I found out he's actually threatened in the past, but not currently, as he's not even home but at work.  So oh, OK... Got it.  Relay that to higher, and told them "It's all cool."  Much different situation Aye?
Not that Higher heard any of it.
While I was still trying to unfuck the situation, the local PD showed up for a welfare check. 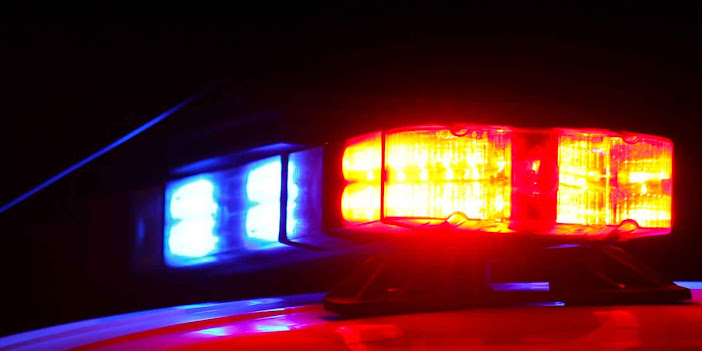 Whoo boy.
The wife was cool about it, and my Higher is now trying to spin it off on me that "I said" when I didn't and hopefully it'll quiet down, not that they won't try and pin something on me.  My boss whos a dear said I'm good that I ain't gotta worry.
Now then, so I'm on the fon, and apparently the world showed up.  Whaaambulance and like two cruisers.  I get on speaker and tell one of the coppers "Hey, mis-communication, everything's cool!" as her Hubby ain't even home.  She's showing them, and telling them, "Everythings cool!" Cop #1 is like "No prob, cool" but Cop #2?
Jesus.
I guess he was highly disappointed that he didn't get to shoot or taze someone.  <cue authority voice> "We need to verify whoever that is on the phone, as well as go to his work and check!!!!" the whole time... Wife I was speaking to was like "This guy is like being a dick."  I even said to Cop #1, "You need ole boy to chill the fuck out before he kills someone... No one there for him to HupHupHup!!!"

Man, then the very next call I get someone who starts telling me that the DotGov "Told me that this is what's going on!!!" and couldn't be moved from that... I kept trying to politely explain that "Just 'cos the DotGov said so doesn't make it the truth."
Man, De Nile ain't just a river in Egypt.
Just like Higher Higher calling in the uniformed DotGov... I mean yeah, liability, I dig that, but BEFORE calling they should have gotten with ME to ask MOR questions on the SitRep than "OMFGCallthecopsrightnow!!!!"  I understand SOP.  I was the one who initially said "Whoa suicide, hold on..." and started that ball, but damned if they didn't grab that thing and do a Forrest Gump and run alllll the way out of the stadium with that fucker.

Such is working with an all female cast so to speak.
All emotions, no logic.
Total belief in "The System"
And when I was talking to the cops?  Even one of the cops besides cop #1 said cop #2 was like waaaay too amped up.  Like dude... only thing that tells me is no matter what, never call the cops.
Ever
Too dangerous.
For ALL involved.
The stiking thing is the utter belief of the goodness and system in general.  I have trouble believing it.  It's stunning.  Like jaw dropping.  How in the hell can -anyone- believe anything that ANY DotGov agency tells you?  Like at this point, it's got to be willful ignorance.  MomUnit, bless her is sort of like that.  Does NOT want to hear anything factual that can upset the apple cart so to speak.  She gets totally bent out at the messenger.  Especially when I slip the occasional needle in about CNN, which is all she watches.  The complete dogmatic belief in shytte like that is where everything has gone wrong.

A BIG part of it was elimination of organized religion, either by murder and/or suicide.  The murdering of religion was done by people who don't want to believe, and force others not to believe, nevermind the Commies who want you to worship the state.  The suicide of religion is the Catholic Church willfully and intentionally allowing, nay encouraging rape and child molestation... and I'm not even going there with the current as far as I'm concerned Antipope running the shytteshow right now...

Any wonder this country is in deep(er) shit than it's ever been before?
Look, I tend to not be overly religious.  That being said,, one can't go through the shit I've been through and not believe that there ain't a God or higher power.
Annnnnnnnnnnnnnnnnnnnnnnnd I'm fired.
What was that about God?
Shit.
Seems I said I wanted to hit a motherfucker in the head for not doing their job.  Pure hyperbole.
Of course just the thing for the HR Chick to grab onto and run with.
Terminated <sigh>
This's the shit that irritates the fuck out of me.
No writeup, no warning, no nuthin'.
Ugh...
More Later I Remain The Intrepid Reporter
Big Country 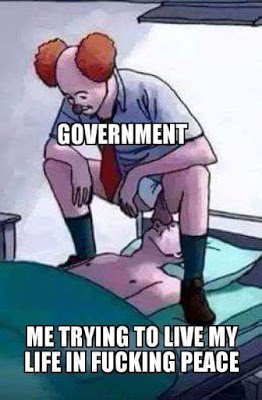 Posted by BigCountryExpat at 3:14 PM